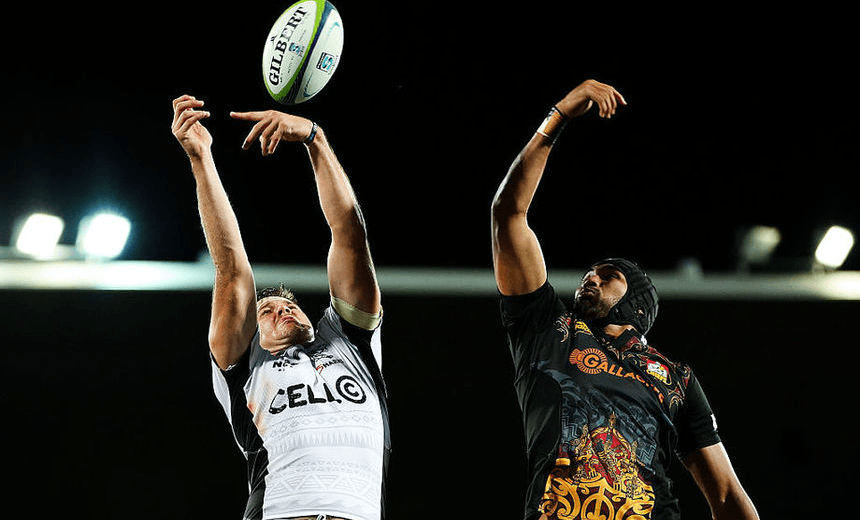 The Blues hold their breath for a win against the Rebels and the Hurricanes come back with a vengeance in South Africa. Scotty Stevenson brings us the latest Super Rugby power rankings.

You have to hand it to the Chiefs – they have become adept at winning games by any means possible, and they were at it again this week against a Sharks team that just may be slowly responding to the spark of Garth April. The Chiefs may have started the season by piling on the points, but if the last two weeks have proved anything it’s that the Chiefs are harder to shake than a celebrity stalker.

To say the Hurricanes were angry after last week’s loss to the Chiefs is like saying Ted Cruz is just moderately crazy. This was a team desperate to unleash the beast against the Lions and they unleashed a beast, and a Bus, and a Cory Jane as well. A seven-try effort at altitude against the Lions is a pretty good way to bounce back, and to see the Canes wings scoring four tries between them, and off very little ball, is the most pleasing thing for fans of backline brilliance. The 33 missed tackles is the only real blot in the copybook here.

Bye weeks suck. I say get rid of bye weeks.

You know the Highlanders hate your team when they take the game to Invercargill. It’s not that I have anything against Invercargill. In fact, I happen to love the place for its people, its blue cod and its Bluff Oysters, not to mention its strangely wide streets and lack of verandahs. Ah, but I am not the Brumbies, and I can guarantee you this: not one of the Brumbies wanted to be in Invercargill. The Highlanders were possessed on defence. Head-turning exorcist-level possessed.

Do not underestimate how big this victory was for the Waratahs. There have been times this season when the Waratahs’ play has been tougher to swallow than a tequila thick shake, but the big names are starting to do what big names should be doing – winning games. Israel Folau, Rob Horne, and Kurtley Beale all looked like genuine stars this week and Michael Hooper has found the perfect foil in Jed Holloway who is surely playing his way into international contention. Yes, the Leolin Zas (arguably the best name in the game) red card certainly helped, but give the Tahs some credit.

Offloads! Ball movement! Offloads! Clean breaks all over the show! Who are these guys, and what have they done with the Bulls? Clinical play blended with miserly defence. I gotta tell you, the Bulls have come to play this season. Also, their scrum was shit, and they may want to fix that.

The Stormers will know better than to use the Leolin Zas red card as an excuse for losing this game. The Stormers had plenty of ball and an abundance of opportunities to put this match to bed but came up short courtesy of their now customary lack of genuine game-breaking ability. There is too much talent in that Stormers backline to have first five Jean Luc du Plessis top the run metres for the team.

There is nothing wrong with the Lions’ intent but for all the ball, and all the territory they enjoyed in this game, they need to be better than they were against the Hurricanes. Tackling at 80% or less is unacceptable at this level, and crucial turnovers (25 in the game) at key moments gave the Hurricanes enough scrounge ball to make the Lions pay dearly for every mistake. The Lions are guilty sometimes of trying to play too much rugby for too little return.

The Blues decided it is sometimes easier to play rugby without having the ball for the entire game, but may want to re-evaluate their approach here. Not scoring a point after the 53rd minute is probably not the ideal way to go about it. As always the Blues held their collective breath for pretty much the entire last quarter of the game, but they still got the goodies, and six tries is nothing to be sniffed at. If I’m a Blues fan I’m walking away pretty happy about this week. Who am I kidding? Blues fans will never be happy. Tana says he’s still looking for the killer instinct. He should get the team to practice finding parking in Britomart.

On the plus side the Sharks scored more tries than the Chiefs. On the negative side, the Sharks lost. On balance, nothing much changes with the Sharks. This, though: Paul Jordaan is surely the best defensive centre in Super Rugby.

I’ll give the Rebels this: they are one of the most entertaining teams in Australia, and they’ll probably look back on this game and wonder what might have been had their pack muscled up a little bit better in the first half. Jack Debreczeni could probably make a few more line breaks if he wasn’t carrying around a silent ‘z’.

Never before in the field of super rugby history has so much been done by so many for such few points.

Harder to read than a face full of botox, the Cheetahs really do play this game in the most unorthodox fashion known to man. I love to watch them just to try to figure out what they will do next. It’s like the Rugby equivalent of binge watching Lost.

So let me get this straight: the Jaguares have spent the last four weeks getting beaten up on the road and then they go home and put seventy points on the Kings? Great, we officially have a French team in Super Rugby.

Can you imagine how much Sake went down this week? I’m going to say plenty. Who knows whether or not the Sunwolves can win another game this season. What we do know is the euphoria of last week’s maiden victory will have given this team one hell of a boost heading into the home stretch.

I’m all for expansion. The sooner this franchise moves to the West Coast of the United States, the better.