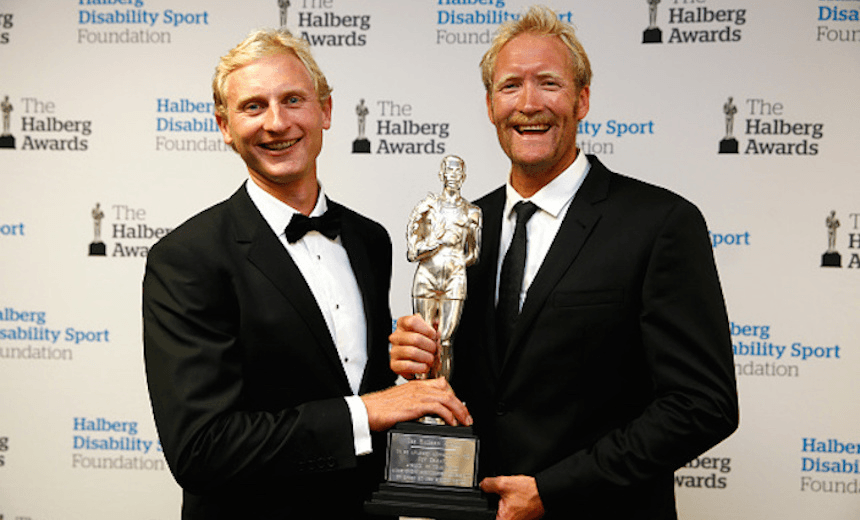 James McOnie: The problem with the Halbergs

Tomorrow night New Zealand sport’s glitterati (sporterati? jockerati?) will gather in Auckland for the Halberg Awards.It’s a swanky affair, the beef is good, and the athletes enjoy mixing with their peers. They also have to mix with tipsy corporates dressed to the nines and the sports media whose love for them is mostly conditional.

On top of all that they need to deal with conjecture. As soon as the first award winner is announced, debate starts to swirl. Naysayers coming in hot!

I honestly don’t care too much who wins the Halberg. I like actual sport, the events where sport happens. Awards are simply part of the landscape and you’ll never please everyone. But plenty of people get really upset about who gets the statue. So if you win, you can look forward to reading how you didn’t deserve it.

Most of the nominees are there because they’ve generally had an Oscar moment (winning a medal, cup or a major) but this is a chance for the cherry on top. Some of them want it more than others and it would be unfair to say who, but generally the people who earn the least money from their sport want the Halberg more. And fair enough too — their sport is a labour of love and devotion. Plus it gives their sponsors exposure and more to crow about.

There hasn’t yet been a Kanye moment, where Mahe storms the stage, grabs the mic from Lydia and says “I’m happy for you and Imma let you finish, but Valerie is the greatest shot-putter of all time!” Maybe next year?

However, I would like to see one simple change: a legends award for those sporting greats who missed out on a Halberg to finally get a statue. Some of the awards would be posthumous (Bruce McLaren, Jack Lovelock, Anthony Wilding, Bob Fitzsimmons, George Nepia, aviator Jean Batten, super coach Arthur Lydiard). Others who never won include Sir Colin Meads, the 1967 All Blacks, Wynton Rufer, cricketer Debbie Hockley, the 1976 men’s hockey team to name just a few. And perhaps the most overlooked champion of them all, runner Marise Chamberlain.

The Cantabrian broke the world record for the 440 yards three times and the mile, and she won bronze in the 800m at the 1964 Tokyo Olympics. She was overlooked for the Rome Olympics four years earlier despite having similar talent to another young runner the selectors took a punt on: Peter Snell.

At the Halbergs there is a lifetime achievement award which can often go to an administrator who’s devoted their life to sport, a real trooper, but the night should also in some way honour the champions of the past who lit up the sporting arena, who left it all out on the field/court/track/water/rifle range/whatever. The Oscars and Grammys step in to honour their legends, even MTV has a “Should’ve won a Moon Man” category for overlooked brilliance.

Our sports awards started life sounding as sexist as possible as the New Zealand Sportsman’s Trophy in 1949. The first winner was cricketer Bert Sutcliffe, but Yvette Williams was next and within 11 years recipients included Bob Charles, Peter Snell, Don Clarke and Murray Halberg. Back then the awards were run by NZ Sportsman magazine and in 1960, when the publication folded (presumably because it was too sexist), the awards came to an abrupt halt. In 1962 Bruce McLaren won the Monaco Grand Prix so he would’ve been a contender had the awards been held that year.

In 1963, a knight in shining armour arrived: The Halberg Disability Sport Foundation restarted the awards, and it was just one prize until 1987, when sportswoman, sportsman, team and coach became categories, each winner contesting the Supreme Award. (For the record, the winners in ’87 were Devoy, Hadlee, All Blacks, Lochore and All Blacks).

For 53 years Sir Murray’s incredible charity has kept the awards going and helped disabled people play sport. It’s legendary stuff. There is a New Zealand Sports Hall of Fame but its brief is broader and its profile isn’t huge (it’s in the Dunedin railway station…).

And so I propose a Halberg Legends Award. It’s gold, it’s shiny (a Golden Halberg if you will) and when Sir Colin Meads finally gets his giant mitts on it, he’ll gruffly talk up everyone else but him. Everything will seem that much better and no-one will complain about it.