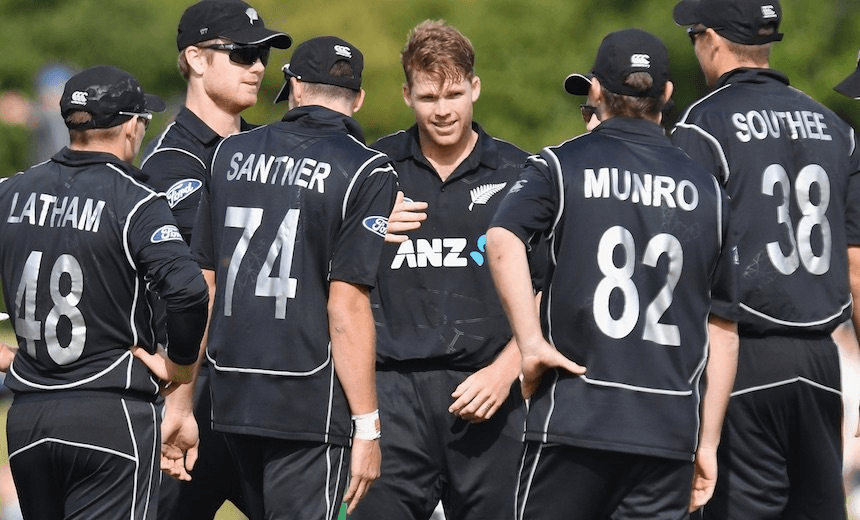 Is the number 69 banned for the Blackcaps?

Close to 100 cricketers have represented New Zealand in limited overs internationals since numbers were added to the backs of players’ shirts, but none have ever worn the number 69. Why not? Calum Henderson investigates.

When Lockie Ferguson runs in to bowl for the Auckland Aces in T20 and one-day cricket, he does so with the number 69 proudly adorning the back of his shirt.

But when the fast bowler made his One Day International debut against Australia on the 4th of December last year, the number on the back of his Blackcaps shirt was different.

Was there a reason Ferguson was wearing 87 for the national side instead of his usual 69? Why has no cricket player ever worn number 69 for New Zealand? Is it banned?

A spokesperson for New Zealand Cricket has confirmed the number 69 has never been available to Blackcaps players, saying of all the numbers from 1 to 99, “69 is the only number that can’t be used, due to its double meaning.”

The double meaning of 69 is well known. It is one of a handful of universally acknowledged “funny numbers” – others include 420 (weed) and 666 (Satan). 69 is the sex number.

Since numbers were introduced to the backs of limited overs international shirts in the latter half of the 1990s, only a handful of cricketers have worn number 69. Lance Klusener wore it for South Africa and Owais Shah for England, while both Russel Arnold and Angelo Mathews have worn the 69 shirt for Sri Lanka.

The number is similarly scarce in other sports, with the exception of the NFL, where it’s a common sight on defensive and offensive lines. Only eight players have ever worn 69 in the long history of Major League Baseball, and just two National Hockey League players. French left back Bixente Lizarazu, who wore 69 for Bayern Munich in 2005/06, is the only high-profile soccer player to wear the number.

Any decision to disallow certain jersey numbers usually seems to be made at individual team level, rather than by a sport’s governing body. The only league where number 69 appears to be banned outright is the NBA. According to popular legend, Dennis Rodman requested the number when he joined the Los Angeles Lakers in 1999, but was rejected by then-NBA commissioner David Stern.

Lockie Ferguson says when he was called up to the Blackcaps squad for the recent Chappell-Hadlee ODI series he was given a choice of around 20 numbers. New Zealand Cricket’s general shirt number policy is that players cannot wear a number previously worn by another player.

The problem with this is they are fast running out of available numbers. “At some stage a new system will have to be brought into effect,” the NZC spokesperson admits. “This is being worked through at the moment.” One option being considered is re-releasing all the numbers, possibly “retiring” those worn by players of major significance.

Ferguson says his decision to wear number 69 for Auckland isn’t anything to do with its famous double meaning. Instead, he says it has astrological significance: he is a Gemini, born on the 13th of June, 1991. And in fact, 13 has always been his first choice shirt number. “I couldn’t get it at Auckland because that’s the captain [Rob Nicol]’s number,” he explains.

The New Zealand Cricket Museum has published a list of Blackcaps shirt numbers.