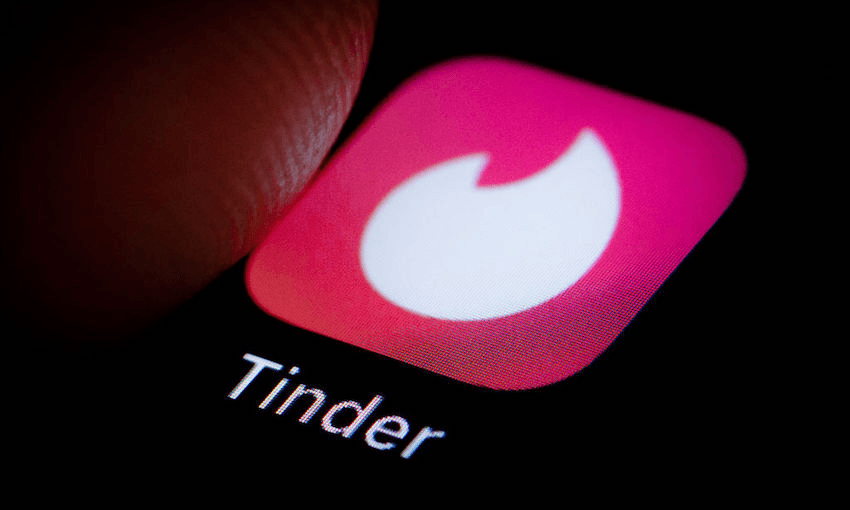 How Tinder’s algorithm is micromanaging your dating life

Tinder became the world’s most popular dating app by promising serendipitous connections with online strangers. But there’s nothing random about the way it works, explains Matt Bartlett.

While most leisure activities were throttled by the Covid lockdown, others thrived  –  just ask any of your friends who did Yoga With Adrienne. Another unlikely winner? Dating apps. Tinder and Bumble usage in New Zealand alone rose by over 20%, with Tinder registering 3 billion swipes globally on 28 March alone.

However, the pandemic only accelerated a trend that was already in full force: finding love via apps. “Met online” is now the most common way that people report finding their significant other, streets ahead of boring old classics like “met in church” or “met in the neighbourhood”. While there are a range of massively popular dating apps, including Bumble and Grindr, Tinder continues to be the most popular platform by a significant margin. That gives the company a pretty crazy level of influence over how young people date and, yes, who they match with.

Welcome to your personal ‘desirability’ score

Make no mistake: nothing about the Tinder algorithm is random. When you open the app to get swiping, you might think that the profiles you are seeing are just a random bunch of people that fit your age/gender preferences and live relatively close. Think again. Tinder wants to match as many couples as possible and designs its algorithm to put certain profiles in front of you. Of course, you’re free to swipe right to your heart’s delight and ignore the people Tinder recommends, but the algorithm penalises you for swiping left too much. So how does Tinder decide whose profiles to show you?

A few years ago, Tinder made the mistake of showing a journalist for Fast Company what was actually under the algorithm’s hood –  and it wasn’t pretty. As that journalist details, the Tinder algorithm allocates every user a personalised “desirability” score, to represent how much of a catch any particular person is. Users are then sorted into tiers based on their desirability score, and that was, in essence, the algorithm: you get presented with people approximately your level of attractiveness when you swipe.

(As an aside, the whole article is worth reading as a slow-moving train wreck  –  Tinder CEO Sean Rad boasts about his own desirability score as “above average” before defending the scores as not solely determined by profile pictures. The journalist is informed that his personal score is “on the upper end of average” in a hall-of-fame calibre neg, and the CEO helpfully notes that they intentionally called the score “desirability”, not “attractiveness”. Not all heroes wear capes, dear readers).

How does Tinder work out how desirable (read: hot) you are? Using a so-called “ELO” system, inspired by how chess players are ranked (yes, really!). It’s pretty simple: if people swipe right on you, your desirability score goes up, and it goes down if people instead give your profile a pass. If someone with a high score swipes right on you, that increases your score more than someone with lower “desirability”. This is problematic in all kinds of ways, not least of which that Tinder is shamelessly focused on physical appearance. Bios are tiny and the app instead encourages you to upload multiple high-quality photos. You can’t blame that Fast Company journalist for wondering whether his desirability score was an objective measure of how good looking he was.

Understandably, Tinder has furiously back-tracked from the disastrous PR of dividing its users into looks-based tiers. However, while in this blog post it calls its ELO-rating system “old news”, the company concedes it still uses the same basic mechanic of showing you different sets of profiles depending on how many swipes you’re getting. It seems like the only real change to Tinder’s algorithm is to incorporate more machine learning  –  so the app tries to learn what you like based on the profiles you swipe right on, and show you more of those profiles. Again, however, the company will only show you people it thinks are reasonably likely to swipe on you.

So an AI is deciding who I should go out with?

Yep. Sure, you get to swipe left or right, and decide what to message (please do better than these people), but Tinder’s algorithm decides which few of the thousands of nearby profiles to show you in the first place and which of those people are seeing your profile. This AI is like the world’s most controlling wingman, who doesn’t necessarily want you to shoot for your dream partner. Instead, they’ll actively push you towards people they think are more in your league.

Remember, we are talking about the number one way that young people meet each other: Tinder’s algorithm has an outsized influence on how couples form in modern life. It doesn’t seem great if the most prolific Cupid in human history works by subdividing its users like a ‘Hot or Not?’ game show and then pairing them off.

For the sake of balance, it’s important to note that I don’t think Tinder is inherently evil, or that it represents any kind of “dating apocalypse”. After all, it’s not like physical appearance doesn’t matter when you’re looking at who to date  –  in some ways, the engineers at Tinder have just made a more efficient and ruthless model of what happens in the real world anyway. Tinder certainly thinks its platform is good for society, dropping stats like this one which suggests online dating has increased the number of interracial marriages.

To me, this is the real story about why Tinder’s algorithm matters  – not because it fails to match people into relationships, but because it does; with pretty remarkable success. Dating apps are responsible for how most young couples now meet. That means that issues with the algorithm have very real consequences for those young people.

For instance, take the concerns that the dating apps’ algorithms have biases against black women and Asian men. Not only is the very concept of “desirability” a questionable one to build an algorithm around, but Tinder and other apps display a pretty loaded idea of what “desirable” tends to look like. Of course, these issues are nothing new, but it’s pretty troubling for these biases to be built into the algorithms that now run modern dating. Even Tinder’s leadership recognises the scale of these challenges. Jonathan Badeen, Tinder’s senior vice president of product, told a reporter this about the app:

“It’s scary to know how much it’ll affect people. I try to ignore some of it, or I’ll go insane. We’re getting to the point where we have a social responsibility to the world because we have this power to influence it.”

Sure, it’s easy to wonder how a company that recognises this deep “social responsibility to the world” could have also built a system that allocates users a desirability score. But the broader picture here is more important, with AI being used to make decisions and classify us in ways we don’t know and probably wouldn’t expect.

For all we think of love as a personal, intimate thing, the reality is that love is increasingly engineered by a few programmers in Silicon Valley. As it turns out, love can ultimately boil down to a coding challenge. There’s something quite depressing about that, but it appears that little will slow down the rise of Tinder’s AI as the world’s most prolific wingman. It’s not yet clear what the full consequences will be from delegating some of our romantic decision-making to an algorithm.

This piece was also published on Matt Bartlett’s blog, Technocracy.