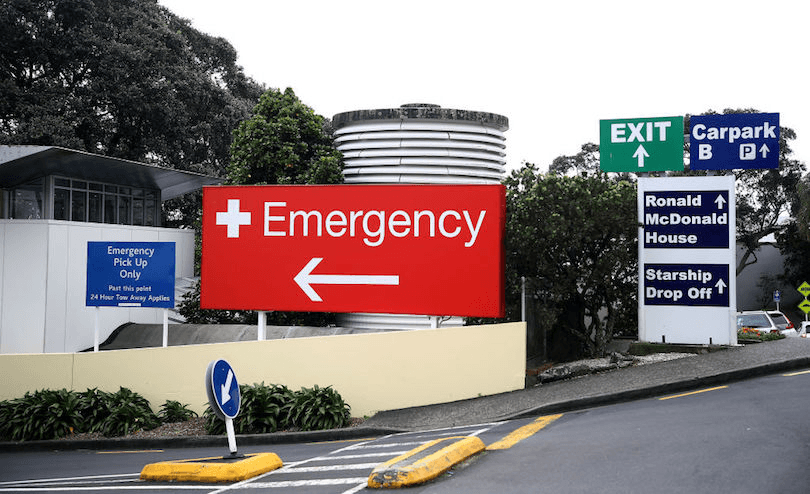 Auckland’s hospitals ask for help as they face a wave of patients from the more virulent delta variant, Justin Giovannetti writes in The Bulletin.

Delta is a different virus. There have been warnings for months that the delta variant of Covid-19 is a greater worry than the original strain of the virus. It’s highly contagious, more so than the common cold, and makes cases infectious much more quickly. Unfortunately, the variant also leads to higher rates of hospitalisation.

A fast rising line. One of the charts I’ve been watching in recent days is the growing number of hospitalisations in Auckland due to the delta outbreak. Compared to the first wave of the virus in early 2020, the numbers are soaring. There are now 42 people in hospital compared to 16 at the same point in the first wave. The figures for intensive care are slightly better, with six cases in ICU yesterday, half of whom were on ventilators. At this point in the first wave outbreak there were five cases in ICU.

“A stark reminder”. That’s how Ashley Bloomfield described the growing number of hospitalisations yesterday, according to Newsroom. People in ICU were stable, though as Bloomfield noted, “they can be stable but quite unwell”. The youngest person in the group is 18 years old. Unlike the first wave, delta has so far sent a number of much younger patients to hospital.

You’re twice as likely to become hospitalised with delta. There’s increasingly solid evidence about how virulent delta is, according to Micheal Plank. He’s a professor at the University of Canterbury and the principal investigator at Te Pūnaha Matatini, a group that has been integral to modelling Covid-19’s spread in New Zealand.

“Data from overseas has shown that delta is more severe and it carries a higher risk. There’s one study that just came out last week that estimates that delta has more than double the hospitalisation rate compared to the alpha variant,” he told The Bulletin. The BBC wrote about that study.

A helpful reminder at this point is that alpha used to be known as the UK variant. Alpha itself might be more virulent than the virus first detected in Wuhan.

There are two issues to watch with the hospitalisations. The numbers only tell part of the story. The delta outbreak has predominantly impacted the country’s Pacific community. A group that is at higher risk of needing more treatment if becoming sick. Why? “Structural factors stemming from colonisation and racism in the health system,” said Plank.

Then there’s the age of people becoming sick. Because many of the country’s older residents have been vaccinated, something which still does an excellent job of protecting people against Covid-19, delta is impacting the young. “The health burden is being shifted from older groups to younger groups. That’s not necessarily a bad thing, but it’s something to watch,” he said.

The impact on the healthcare system. Auckland’s hospitals put out a call for more ICU nurses from across the country on Tuesday night. One News reports Bloomfield as saying that the call was planned to help ensure there are a group of nurses dedicated to looking after Covid-19 patients. Nurses themselves have said their morale is low and there’s a very limited pool to draw from. Middlemore, Auckland City and North Shore hospitals have begun building negative pressure rooms to care for the growing number of cases, according to RNZ.

The cautionary tale is across the ditch. In New South Wales, the number of hospital patients has soared by 42% over the past week, the Sydney Morning Herald reports. There are now 917 Covid-19 patients in the state’s hospitals and surge plans have been put into place to deal with a growing wave of cases. The peak isn’t expected until next month. The state also highlights how Covid-19 can make a bad situation worse, with 1429 healthcare workers currently isolating, taking away capacity when it is most needed.

This is part of The Bulletin, The Spinoff's must-read daily news wrap. To sign up for free, simply enter your email address below