Good morning and welcome to The Bulletin. In today’s edition: An optimistic take on the country’s Covid-19 future, the collapse of Afghanistan’s government and a deadly earthquake in Haiti.

Sir David Skegg has an optimistic view of what a more open New Zealand could look like in the age of Covid-19. Speaking with The Bulletin after the government laid out plans last week to begin cautiously reopening the country’s border, Skegg sketched out a vision of a country not too dissimilar from the one we live in now.

Contact tracing yes, masks no. Skegg has spent most of the past year thinking about the future. He chaired the group that provided the government with the scientific basis for its border reopening plan. While contact tracing and Covid-19 tests aren’t going anywhere, he doesn’t expect mask use to become commonplace in New Zealand, outside of public transit and higher alert levels. That’s at odds with some epidemiologists.

“Mask wearing is certainly something that’s important at raised alert levels, but I’m hoping that we won’t need to have mass masking all the time, the way many countries do and will continue to do,” he told Friday. “It’s a reduction in quality of life when you can’t see your friends and colleagues unless they are covered with a mask.”

He worries about the social impact of widespread mask use. Data from the UK, where the majority of people still wear masks outside of the home, shows significantly less social contact between people. “You wonder what this will do to society if this goes on for years,” Skegg adds. There’s a real cost of university students learning on their laptops and people only working from home, especially for the young at the start of their careers.

Domestic vaccine passports are unlikely. A requirement for vaccine passports is planned in some of Europe and North America to enter restaurants and bars. Unless the border fails and the virus becomes endemic here, Skegg doesn’t expect we will see much interest from New Zealand businesses.

The conversation around Covid-19 is overwhelmingly negative. We talk about restrictions and lockdowns, of a Fortress New Zealand cut off from the world. With the delta variant, we worry about breakthrough infections for the fully vaccinated. It’s unrelenting and grim. Skegg’s vision offers a glimmer of hope: A border that can be crossed and a life in Aotearoa that’s almost uniquely pre-pandemic.

“We have a lifestyle which has become very rare on the planet. We may fail, but my colleagues and I think it’s worth a try. We need to reopen to the world and maintain the quality of life we’ve had over the last 18 months,” he says.

Much of this relies on a vaccination strategy that is wildly successful. Neither the government nor Skegg has put a number on how many people need to get the jab before New Zealand can return to something close to a pre-pandemic state. To maintain an extroverted, mask-free life in a country with visitors coming in, it’s likely New Zealand will need one of the most successful campaigns in the world. It’ll need to be near 100%.

One thing that won’t change after a double jab: You’ll still need to get tested. It will come as a surprise to most people, but Skegg says they’ll still need to get nasal swabs for years to come when they develop a cold or flu-like symptoms, even if fully vaccinated. The jabs help reduce symptoms of infection, but you can still get sick with them and the evidence increasingly indicates that the vaccinated can spread the delta variant.

“People really need to go get tested if they get cold or flu symptoms. It’s so vital that we detect any virus incursions as soon as possible. Whenever I talk to friends and people I meet, I’m amazed by how many think we won’t have similar problems as Australia. They think we are somehow immune. That complacency is our biggest risk,” he says.

Elimination doesn’t mean no Covid-19. There’s no contradiction in both being committed to an elimination strategy and planning to allow for the virus to enter the country more often. People should expect pockets of community transmission next year. Probably not weekly, according to Skegg, but they’ll happen. As long as they can eventually be contained and stamped out, that’s not a failure.

Our understanding of how Covid impacts children is likely to change soon. The original strain of the virus seemed to largely avoid children and young adults, something that has changed with delta. People in their 20s and 30s have died in the New South Wales outbreak. Paediatric hospitals are being overwhelmed in parts of the US. The delta variant is a different virus and likely will increase calls to vaccinate the young.

“There’s a suspicion that the delta variant is more inclined to infect younger people, but not more than it infects older people,” Skegg says. “However, the issue of how important children are at driving the epidemic is still very controversial.”

For anyone who missed Friday’s message from Alex Braae, he’s finished a triumphant run as editor of The Bulletin and enjoying his first morning of sleep in years. We wish him the very best. After nearly a year-and-a-half as The Spinoff’s political editor, I’m incredibly pleased to be here and thankful to share the news with you.

Afghanistan’s government has collapsed, stranding New Zealand’s friends. As recently as late June, defence experts had warned the country could fall to the Taliban within six months of a full US troop withdrawal. That withdrawal is set for the end of this month. The country’s major cities have fallen to the group, its fighters are now in Kabul and Afghanistan’s president has fled. Stuff reports that the government is now looking at options to help 38 locals facing threats after working with New Zealand’s military. That includes a journalist who helped with the government’s Operation Burnham inquiry. The government rejected requests for assistance last month.

Amazon’s decision to send Lord of the Rings production to the UK has torn a hole in the country’s screen industry. Stuff reports the repercussions from Friday’s bombshell continue, after an earlier story warned that an “MIQ coma” is likely to set in over the industry unless border restrictions are eased for international productions. Sound stages that were booked will now be empty and crews sent home after the most expensive television show in history is shipping out. The decision will speak loudly around the world. Not only for the scale of the production, but the fact that New Zealand was inexorably linked in many minds to the Lord of the Rings franchise.


The death toll for a powerful earthquake in Haiti is rising. The Guardian reports a magnitude 7.2 earthquake on Saturday killed at least 724 people and injured many thousands more. The impoverished country has not rebuilt from an earthquake that shattered its capital city in 2010 and Haiti’s instability was made worse when its president was assassinated last month, leading to a power struggle. There’s also a storm on the horizon for the country, both literally and figuratively.

We have no one here to serve you. A popular Korean restaurant on Dominion Road in Auckland has stopped taking dine-in customers because of staff shortages, according to the NZ Herald. Kang Chon has been in business for a quarter century, but the couple running the establishment say that they can’t find anyone to serve diners. It’ll be takeout only until the situation is improved. The Restaurant Association has called the country’s staff shortages “beyond critical.” The 4% unemployment rate is being touted by the government has a sign of success and one it hopes will lead to higher wages.

It’s sleep week at The Spinoff. Alex Casey tells us that it came about with a story about a very questionable mattress purchase, but this is a full week dive into something we all do for more than a quarter of each day. It starts with a piece by Emma Espiner about getting up for night shifts as a doctor. There will be a lot more about the bizarre and insightful sides of snoozeville in the coming days. 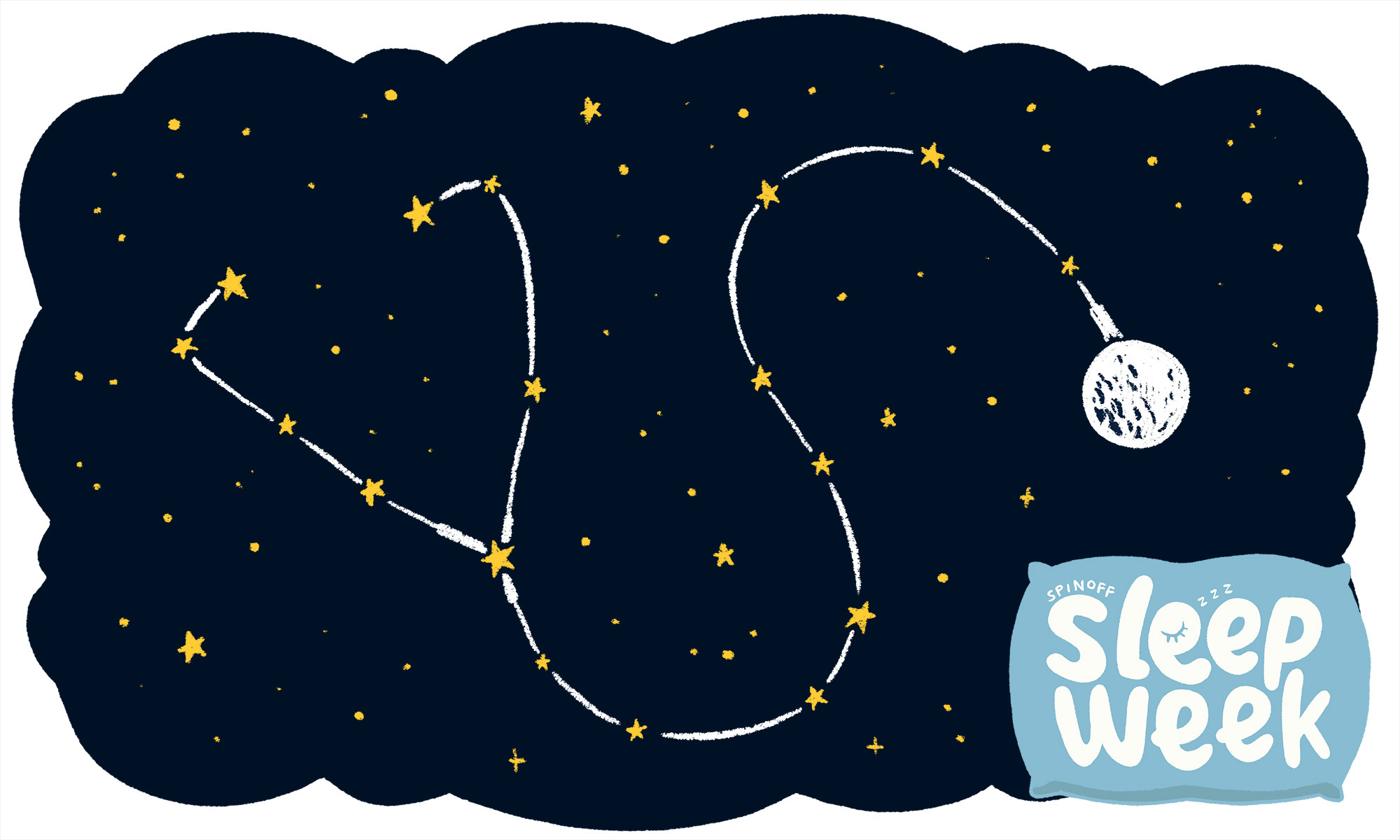 Right now on The Spinoff: Mirjam Guesgen writes about clouds and what role they play in climate change. Dan Taipua reviews the six-part series The Panthers and finds something should be essential viewing. George Fenwick sits down with the new TVNZ mystery One Lane Bridge and loves the plot and performances, but isn’t so sure about the rest. Alice Neville, after a weekend in Wellington, discovers that three guys called Matt have had a lot of success in the craft beer world.

For a feature today, what went wrong in Afghanistan so quickly. After a 20 year war, the country’s government collapsed and nearly all its major cities fell to the Taliban within a few days. Foreign Policy looked at a collapse that was very long in the making, the product of incredible levels of corruption and terrible leadership. Here’s an excerpt:

Sources say the Afghan police—who are militarized and fight from front line bases—have not been paid for months by the Ministry of Interior. Other sources say the same is true for the Ministry of Defense, despite electronic payments systems meant to eliminate skimming. In many areas, soldiers and police are not supplied with adequate food, water, ammunition, or arms. Supply lines are pilfered, with arms, ammunition, and other equipment sold onto the black market, and much of it reaching the insurgency. Many soldiers and police are posted far from their homes, and abandon positions to return to defend their families and property.

Another tough weekend for the Wallabies. Rugby Australia is looking to change up its rules to broaden the poll of players that can be selected for the team after another painful loss on Saturday to the All Blacks, the Sydney Morning Herald has revealed. The so-called Giteau Law could be gone at the end of this year’s spring tour, allowing Australia to select more overseas players for the team.