Bad flooding has swept the country this weekend, and the damage is expected to linger for weeks. Westport was particularly hard hit – as of yesterday afternoon about 1000 people were still unable to go home. A team of Stuff reporters covered the story, and noted Kāinga Ora housing had been hammered, which will compound the town’s accommodation problems. Aerial footage from One News showed the scale. Hundreds of people also had to leave their homes in Marlborough, reports Radio NZ. Support funding has been unlocked after the storm was declared a “medium-scale adverse event”.

The Wellington region also suffered, with the infrastructure struggling under the deluge. The Dominion Post had pictures of cars underwater in Ngaio, and huge slips in Newlands. For a while, the motorway was effectively cut. The city’s hilly geography can make this kind of rainfall particularly dangerous.

You might have noticed that terrifying flooding is also taking place in Europe at the moment, alongside a brutal heat wave and drought in the US. This is almost certainly related to climate change. New Zealand’s spate of flooding this year (both the East Coast of the North Island and the Canterbury region were monstered in different events) is part of the same global picture, and we will increasingly see the sorts of weather pattern disruption that leads to these disasters in the coming years.

Farmer protests took place in more than fifty spots around the country on Friday, with a range of issues on the table. As I discovered in Dargaville, the so-called “ute tax” has been a major spark for them, with rural protesters saying the policy aimed at decarbonising the transport fleet will impose unfair costs on them. People also brought up to me the Significant Natural Area rules, freshwater quality rules, and the local Western Sharks rugby team, who were about to play their first premier rugby final in a decade – the Sharks won 10-7.

In the main, the protests were peaceful and respectful, but there were some ugly incidents to note. Plenty of anti-Māori culture signs were seen circulating on social media, along with others that made sexist comments about the PM. In Dunedin, Critic Te Arohi reported on a counter-protester who was accosted and had a sign ripped off her, an action that was condemned by the protest’s organiser.

US president Joe Biden has nominated a former senator and “green new deal” proponent to be the next ambassador to New Zealand. Politico has a story about Tom Udall, a brief bio, and some of the other ambassadorial moves the US government is making. Over here, the NZUS Council put out a statement in support of the nomination for Udall, who will also be responsible for the country’s relationship with Sāmoa.

A public laneway in Christchurch has been overrun with motorists, and nobody is doing anything to stop them, writes Oliver Lewis for The Spinoff. Instead of being a space dominated by walkers and cyclists, it has now become free parking. Despite hundreds of cars parking there against the rules every day, just 13 infringement notices have been handed out to drivers since April.

The carbon price is rapidly approaching a $50 per tonne cap, which could result in more carbon credits being released onto the market. Newsroom’s Marc Daalder has broken down this rather technical aspect of the emissions trading scheme, and how New Zealand’s market differs to the wider world market. But the worrying part is that it could effectively make it more likely the government will blow past carbon budgets under the zero carbon act, thus reducing the effectiveness of the ETS in slowing the emissions that cause climate change.

Historic sex work convictions will not be expunged, despite political pressure being raised on the matter. The NZ Herald’s Katie Harris reports both Act and the Greens have come out in favour, but the government has said it has no plans to do so. Sex work was decriminalised in 2003, but dozens of people are still suffering the effects of historic convictions.

A ban on exporting pounamu has been extended indefinitely by the government, reports Ian Llewellyn for (paywalled) Business Desk. This isn’t in and of itself a huge surprise, given the ban has been in place for decades, but the law is due to be reviewed in 2024. The continuation of the ban was made after talks with Ngāi Tahu, who act as the kaitiaki for the stone. 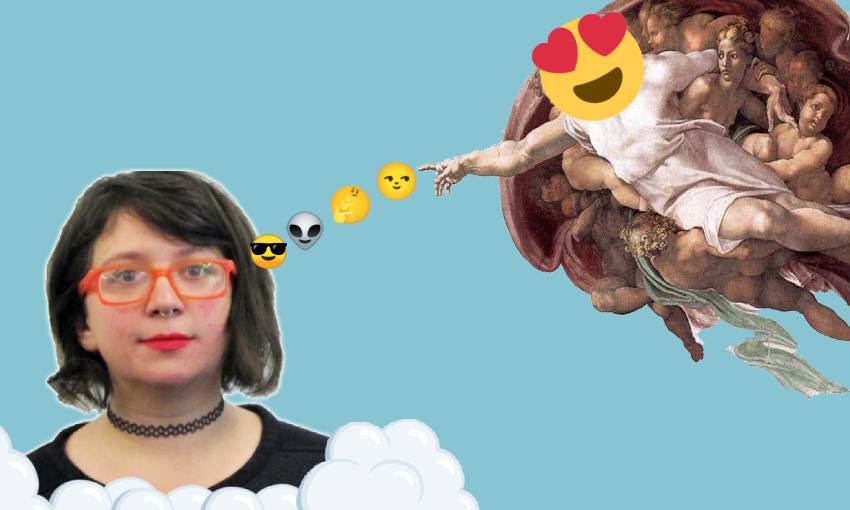 Right now on The Spinoff: Venetia Sherson writes about the extreme and unhealthy levels athletes push their bodies to, and the mental health effects that can have. Mirjam Guesgen reports on an antibody test that could serve as something of a Covid immunity passport. David Brain writes about travel in the Covid era, and feeling like a “national liability”. Bruce Kidd writes about the financial cost of eating a more environmentally healthy diet. And Josie Adams meets an emoji designer to talk about the way communication is changing online.

For a feature today, a piece from a few weeks ago that outlines how a harsh and cruel piece of Australian telly was made. The NZ Herald’s (paywalled) David Fisher has secured emails between the Australian Border Force and a tabloid TV journalist about the infamous “taking out the trash” story on 501 deportees. It revealed a rather cosy relationship with the government agency and a friendly media outlet. Here’s an excerpt:

After the Channel 9 broadcast, ABF Commissioner Michael Outram was grilled at an Australian parliamentary committee about the presence of Fabris on the runway. He said: “I would say it was a one-off incident where a fairly inexperienced officer gave permission for something to happen that I would prefer had not happened”.

One of the senators that grilled Outram, Greens spokesman for immigration and citizenship Nick McKim told the Herald the email trail showed the Channel 9 story wasn’t just the work of a “junior media officer”.

“Far from just the actions of a junior media officer, the emails show that this was worked on by multiple officers across the department. It was an institutional stitch-up.

“The department owed these people a duty of care and has been caught out egregiously and wilfully breaching their privacy.”

In sport, we’ll wait and see what happens with the Olympics until tomorrow. In the meantime, the big news this morning is the launch of new radio station SENZ, which is the local arm of an Australian sports media empire. So far 75 minutes into the life of the station it sounds a bit ropey, but at the same time, there are people on the radio talking about sport again – how good.