It’s Easter, and you deserve some quality time in front of the television. Whether you’re spending the long weekend in a remote location with unreliable internet, or planning on being stuck on the couch in a chocolate coma unable to work the remote, you may end up relying on the wonders of free-to-air TV.

Don’t panic. We’ve scoured the TV listings and found the best terrestrial options for your holiday viewing pleasure. It’s not great, but it could be worse, and we’ll always have The Chase. Happy Easter, everyone.

The Repair Shop (TVNZ 1, 7.00pm): Grab the tissues, fill your cup and get down with your bad selves with the nicest show on television. The Repair Shop warms the heart and feeds the soul, as a group of experts restore family heirlooms with tender loving care. Adults crying over old teddy bears has never been so comforting.

The Wizard of Oz (TVNZ 1, 7.45pm): This movie is 82 years old and should be locked away in a vault, but apparently witches and flying monkeys are timeless. The Undoing (Prime, 8.30pm) The free-to-air debut of David E. Kelley’s thriller starring Hugh Grant and Nicole Kidman as a married couple whose life unravels when one of them is accused of murder. Continues on Saturday and Sunday nights, and be sure to read our review and also this to confirm the many questions you’ll have after the final episode.

Life of Kai (10.30am, Three) a lifestyle series that celebrates the work of New Zealand’s best Māori culinary artists, showcasing how they give Māori kai a modern flavour. Beat the Chasers (5.00pm, TVNZ 1): It’s a repeat, but who cares? Five of Britain’s best brainiacs try to beat normal people in the quiz show countdown of your dreams. It’s the golden hour, it’s the hour of power, it might just be the best part of your long weekend.

Oddball (6.30pm, TVNZ 2): Kids will love this sweet Australian movie about a dog protecting a penguin sanctuary, which means you’ll get precious minutes to steal their chocolate egg stash and eat it silently in the cupboard. Blessed.

A United Kingdom (8.30pm, Māori TV): Based on a true story, this 2016 film starring Rosamund Pike and David Oyelowo follows the love story between Prince Seretse Khama of Botswana and Ruth Williams, a white woman from south London, and the public outcry after they marry. Joanna Lumley in the Land of the Northern Lights (TVNZ 1, 7.25pm): A J-Lum travel show is a treat no matter what time of year, and this time she’s headed across the Arctic Circle and Norway in search of the aurora borealis. Turn off all the lights, put on your warmest jacket and try and pretend it’s not Patsy Stone who’s sleeping in an ice hotel.

Prince William: A Planet for All of Us (Three, 7.25pm): Love to see the heir to the throne remind us that Earth is for everyone. This documentary shows William on a royal quest to protect the planet, championing the work of those advocating for change around the world. Your Nana will love this. 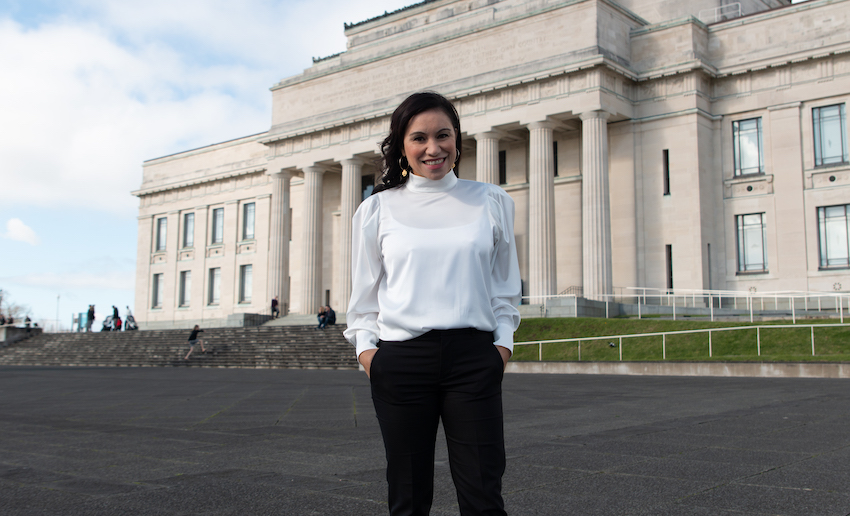 National Treasures (TVNZ 1, 8.30pm): It’s the final episode in this gem of a series about New Zealand treasures and taonga and the important stories they reveal from our past. Hosted by Stacey and Scotty Morrison, both national treasures themselves.

Parasite (Māori TV, 8.30pm): Winner of the 2020 Academy Award for Best Picture, this unique Korean film is a wickedly dark satire about the parasitic relationship between two neighbouring families, the Kims and the Parks. Viewer reviews range from “a true masterpiece” to “OK film but that’s all”. You decide. Line of Duty (TVNZ 1, 9.20pm): Season six of Jed Mecurio’s (Bodyguard) acclaimed drama hits our screens, following the investigations of a controversial police unit that aims to uncover corruption within the force. Tense, complex and a bloody good watch. Seasons 1-5 are available on Netflix.

The Chase Bloopers (TVNZ 1, 7pm): The Chase, but funnier.

The Bachelor & Bachelorette NZ Tell All (TVNZ 2, 8pm): Our chance to find out what really happened during Moses and Lexie’s journeys to love. Why were there so many watersports? Did anyone ever finish one of those delicious cheese boards? Most importantly, are our pairs of lovebirds still together?