Ahead of the return of Popstars next week, we asked Megan Alatini and Erica Takacs from TrueBliss to take a walk down memory lane.

It has been 22 years since girl group TrueBliss was formed on New Zealand national television, breaking new ground for both the reality television industry and the shiny clothing industry. With Popstars set to return to TVNZ2 next week, rebooted for a new generation, it seemed fitting to revisit the show – and the style – that started it all. Armed with a clear-file full of blurry Popstars screenshots, I sat down with Erika Takacs (then 21, now 43) and Megan Alatini (then 22, now 44) to go back, back to 1999. 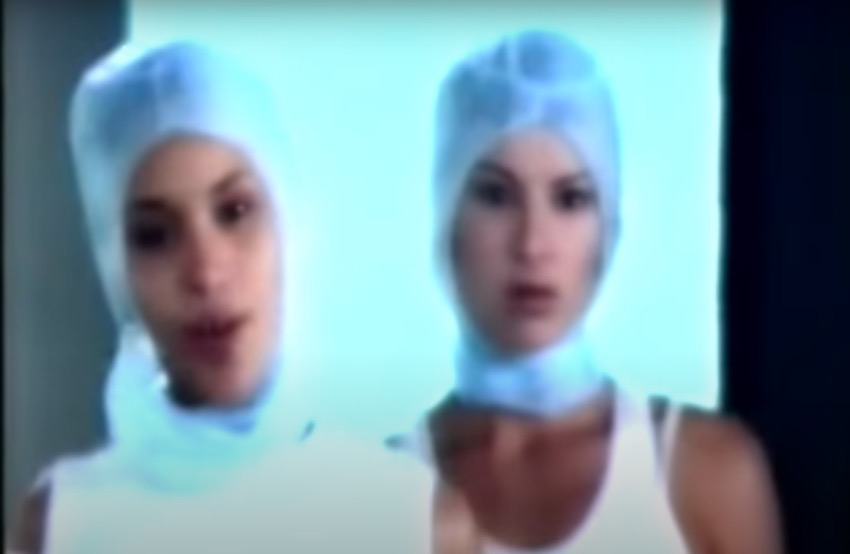 Megan and Erika in unison: THIS. IS. COVID.

Megan: We were so ahead of the times, we were already wearing PPE. This was our producers and management deciding that it was time for us to do a futuristic sci-fi look.

Erika: For the record, I hated this video concept so much. I know we all look amazing, but I truly did not understand a single part of it.

Megan: It was bizarre, it was blue men, it was Avatar. 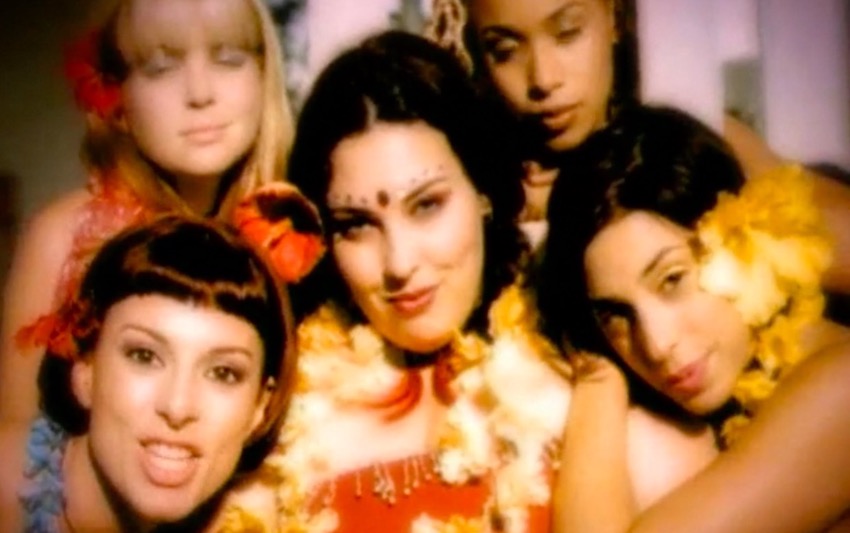 Megan: This was the ‘Tonight’ video – this particular part was shot at about midnight at someone’s house. We were poolside – not a heated pool – and it was us in bikinis with feathers and hula hoops and hula skirts. What that has to do with “tonight’s the night”? I have no idea.

Erika: It looked super tropical but it was actually freezing. We didn’t have a lot of say in what was going on there.

Megan: There would be outfits that we would want to wear, but what the stylist had in mind was very different, so there was often some conflict there. To be honest, when I look back now I realise just how awesome the stylist was, we should have just let the professionals do their thing. In saying that, god we made some huge fashion mistakes.

Erika: But that wasn’t through their guidance, that was all us on our own. Erika: It was really important to us that people would be able to sing along with us – you see it all the time when people mess with the anthem too much and nobody knows how to follow along. We wanted it to be our anthem, our voices, and just a moment that would bring everyone together. It was a very spine-tingling moment.

Megan: The next day there was an article in the Sunday paper and it said “we might have lost the rugby but we definitely won the anthem”. We spent a little bit of time with Bardot during the soundcheck, and after the performance we actually shared a box together. It was funny because they were a bit stand-offish, but all we wanted to do was mix and mingle with them and let them know how much fun we had with the experience.

Erika: That’s right, we were coming to the end of our big year and they were just getting started.

Megan: We were the older wise ones. Megan and Erika in unison: THIS. IS. TOOOOUUUR.

Megan: It is not forgiving, we sweated like pigs some days.

Erika: There was so much talcum powder backstage, it wasn’t even funny.

Megan: We had so many different outfit changes. Buttons would be popping off left right and centre. We were so brave to wear this stuff. What you can’t see is that behind the camera would have been hundreds of young people cheering and singing and crying, it was all so surreal.

Erika: Have you still got your PVC pants? I think I’ve still got mine in the garage. It’s frightening though, I was at Megan’s daughter’s 18th birthday party on the weekend and there were boys in dungarees with one strap undone and white t-shirts with the sleeves rolled up and trainers. Similar with the girls, they were all dressed super 90s and I just had no idea.

Megan: I can tell it’s coming back around because my kids are delving into my old costume boxes now and putting all this stuff on for a night out. You have to remember though, Popstars was such a big part of my oldest girl’s life that the style probably soaked in subliminally. 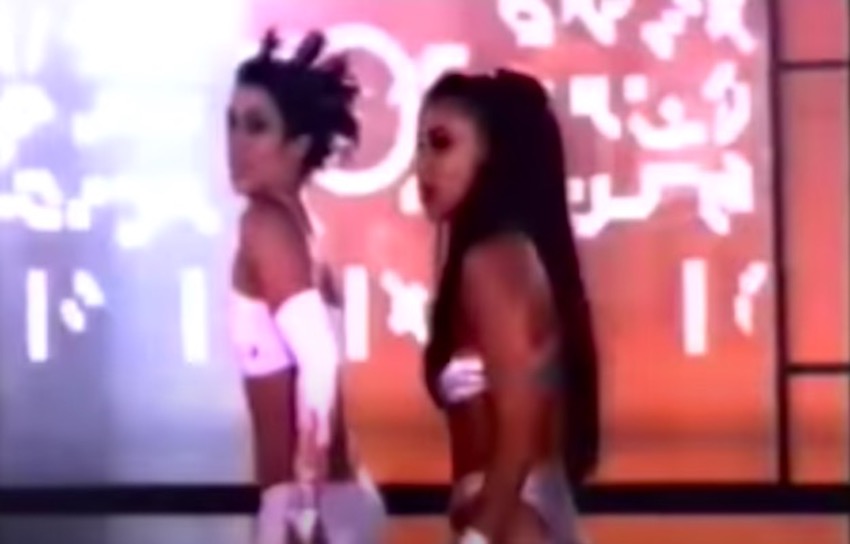 Megan: Oh, I absolutely love this. I had to get up at three o’clock in the morning to drive to my cousin’s house – because I’ve naturally got very curly hair – and she had to blow-dry my hair so the makeup artists and hair stylists would be able to deal with it. I loved it, though, because I got wear these gorgeous long hair extensions. Erika, unfortunately, looked like a hedgehog.

Erika: I did. I’ve accepted that.

Megan: This video was also a massive point of contention between you and I, Erika, because they zoomed in really close on me and got me in a close-up singing a line, but it was actually your line. We didn’t realise that until we watched the finished product.

Erika: No! That wasn’t even me! That was Carly!

Megan: Anyway, I just remember someone saying, “that’s not your line bitch,” and me saying, “but look how cute I look.” Megan: Oh my gosh. I know this exact moment.

Erika: I can still hear your scream.

Megan: This was the first time I saw the rest of TrueBliss. I had parked my car around the corner, and I literally walked over and yelled “IT’S YOU! AND YOU! AND YOU!”

Erika: Were you late, Megan?

Megan: Not this time. They had timed it so we were all 10 minutes apart, and I must have been the last to arrive. Basically, this was the moment I met the band. This is the genuine moment. We didn’t know each other super well because prior to this we had only had the experience of auditioning in these big groups. When I saw the girls, I was just so elated that they had been picked and they were going to be my bandmates. That moment is as genuine as it comes. 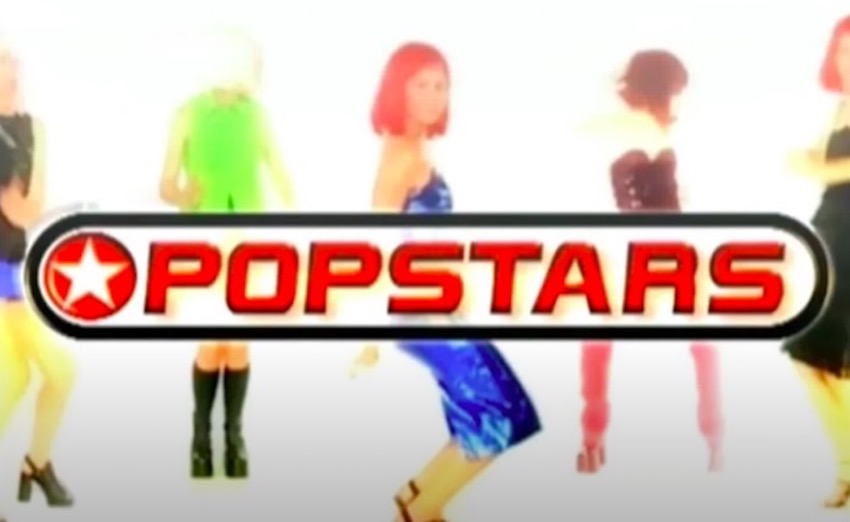 Megan: This is such a reminiscent moment, a really important image. This is what we would see every Tuesday night, and even now it brings up those contrasting feelings of absolute anxiety and absolute exhilaration. Shortly after this screen, the episode would air and we would have no idea what was actually about to be displayed.

Erika: I actually think Carly wore that blue dress in the ‘Tonight’ video. It’s funny, as soon as I see this I hear the theme music. We recorded the title song so that’s all this reminds me of, the really high-pitched “haaaaaaaahhhh” at the start.

Megan: You know what though, this actually makes me super proud. We recorded that song and it’s still so recognisable. That was Popstars. That was the show. Awesome memories.

Popstars returns to TVNZ1 and TVNZ2 at 7.30pm on Monday April 12

In the latest episode of Remember When…, Alex Casey and Jihee Junn join Jane Yee to recall the black parade. Subscribe and listen on Apple Podcasts, Spotify or your favourite podcast provider.