It wasn’t so long ago that New Zealand would have to wait months, maybe years, to see a television show. We were fine with it. Then TVNZ took it too far.

I remember the anger, the frustration, the resentment.

It was 2006. I had dial-up internet that we shared with our landlord. I was yet to open a Facebook account. Instagram didn’t exist. Netflix was a full decade away from landing in New Zealand. Lorde was 10 years old. Ten!

I loved, loved, LOVED The Sopranos.

Everyone loved The Sopranos. Back then, it was the show everyone watched, the one we’d dissect in minute detail at work the next day. Carmela said what? Paulie went where? Tony whacked who?

That year, the final season was set to air, but at the last minute it was split into two parts. The first batch had 12 episodes and was set to air in 2006. The second batch was eight episodes long, and would air the following year.

David Chase just had too much material to cram into a normal-length season, so HBO let him go bigger, and for longer. Seems reasonable. In fact, it’s something many big shows, like Breaking Bad, do all the time now.

TVNZ didn’t care about any of that. Back then, someone, somewhere, somehow, probably in a bland, badly lit boardroom, made an insane decision. Instead of airing the first 12 episodes of season six in a row, TVNZ decided to hold on to some of them.

Their decision was this: they’d play eight episodes of the first part in 2006, and save the other four to play in 2007, using them as a warm-up to the rest of the season, as a way to get people hyped for the second part, which was the remaining eight episodes.

It seems absolutely insane now. Imagine if Sky TV held back episodes of that final season of Game of Thrones to play at a later date, just because they could. What if Amazon Prime Video decided to sit on Fleabag’s second season for six months? It’s like airing an All Blacks test two weeks later. It’s just stupid.

But that’s what TVNZ did. And their explanation for that decision was absolutely pathetic.

“It’s a complete bummer,” a publicist told my mate Scott Kara at NZ Herald at the time. “We weren’t able to play the whole lot. But it’s come down to how many we play this year and next year, and the show is going to get bigger and badder as it goes on. So eight this year and 12 next year would be the best split.”

But, at the time, TVNZ had a monopoly on the local TV network, and they had the rights to air the world’s most-watched show.

They could do what they want, and they wanted to hold onto it. It’s quite a badass mobster, Tony Soprano-style manoeuvre, when you think about it. The cast of The Sopranos, with Edie Falco and James Gandolfini up front (Photo: HBO)

So that’s what TVNZ did. They strung out that final season of The Sopranos as long as they possibly could, even if it meant pissing off their viewers. Rest assured, there was a revolt. “It cuts me real deep,” one fan told NZ Herald. “It’s crazy,” said another.

I remember the backlash well. I was working at Stuff, and wrote plenty of stories about it, because I was angry too. There were four episodes of The Sopranos just sitting in TVNZ’s vault, and we had to wait months to see them.

That’s when the whispers began, ones that would usher in a whole other way of watching television. It was the first time anyone in New Zealand had heard about this thing called “pirating”. You can watch The Sopranos, they said. Get online, they said. Find a torrent, they said. You can do it. Just Google it. It’s easy.

It wasn’t easy. Remember, I had dial-up internet. But that didn’t stop me trying. I spent hours online, trying to work out what to do, squealing with delight when I found the episodes, and began attempting to set up my first torrent download. It was going to take 10 hours for just one episode. I didn’t care, I was going to do it. I had to see it. It was my middle finger to TVNZ.

The problem was, every time my landlord picked up her phone, which was often, the connection would cut out. I spent three days trying to get the damn thing to download, then gave up.

In the end, it was my landlord’s boyfriend who saved the day. He gave me all four episodes on a burnt CD his mate had sent over from the States, and we watched them that way. They were so good. It was proof that TVNZ were idiots. 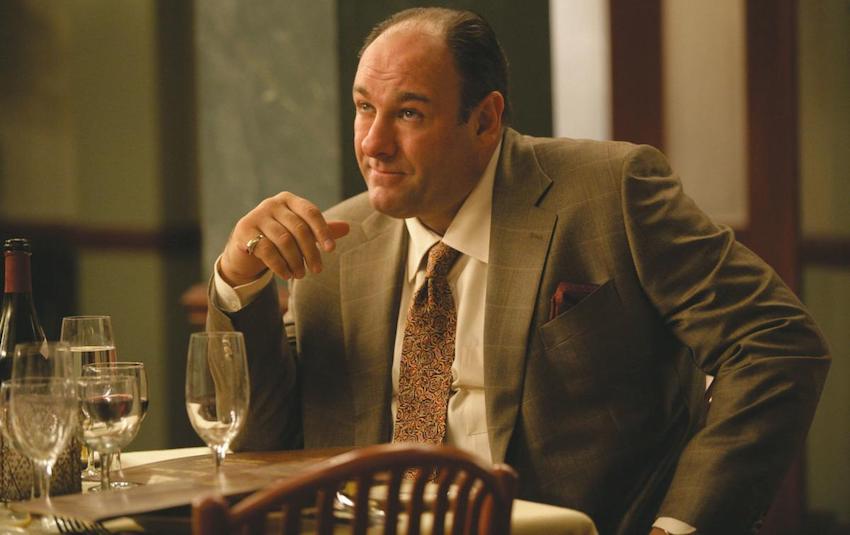 James Gandolfini as Tony Soprano in The Sopranos (Photo: HBO)

Why am I thinking about all of this?

Perhaps it’s because it’s just funny to think about network executives making that decision, then having it backfire spectacularly as they inadvertently introduced an increasingly internet-savvy audience to a whole new way of watching television, one that made them obsolete.

Maybe it’s because it’s hilarious to think of a time that a local television network had that kind of power over its audience, a complete monopoly on an international hit, something will almost certainly never happen again.

Or maybe it’s because I’m watching The Sopranos again, and I’m up to the final season. And TVNZ’s decision to split those episodes up was definitely the only reason anyone got upset at the way The Sopranos ended.