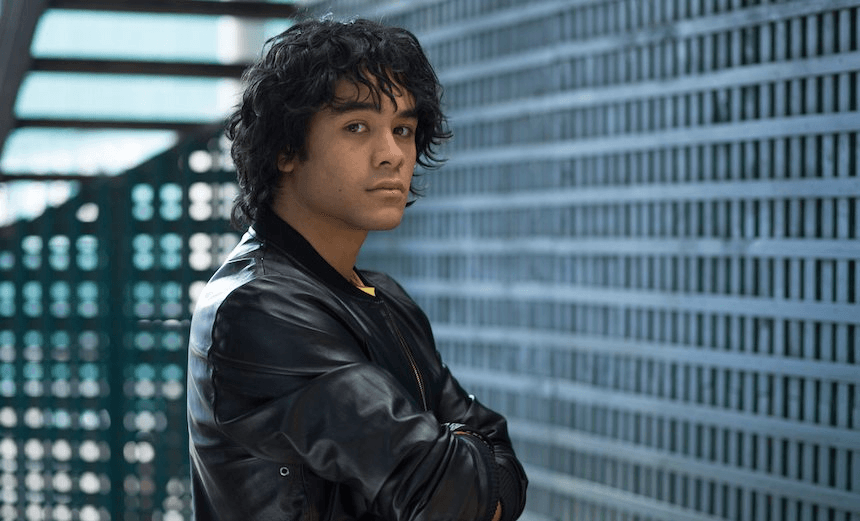 TVNZ’s Terry Teo remake is a return to form for New Zealand family programming, says Ethan Sills, and a shining example of what our local television should be. What will it take for the rest of the industry to take note?

When you’re a kid, nothing seems impossible. You have the whole world ahead of you, and your imagination fills everything in. This is a time when you can believe in Santa Claus and tooth fairies, when you can learn a dozen new things every day, when you wonder why the sky and ocean are blue and pay no heed to whatever ridiculous answer you get.

As we get older, reality kicks in. Once we realise that it’s impossible for one fat man with a sleigh to break into every single house on the planet in one night, imagination gives way to facts, and the harsh reality of life and all its limitations brings us crashing back down to earth.

Unfortunately, the same seems to be true with our local programming.

A look at the shows announced for NZ on Air funding over the last year shows we are still stuck in the same risk-free mindset. That doesn’t mean there aren’t successes – NZ on Air funds economically reliable series like Brokenwood Mysteries and this year’s patriotic hit Hillary; there just isn’t much original thinking going on.

That is, until you consider our family programming.

Terry Teo. The Barefoot Bandits. This is Piki. Three shows that stand out from our small crowd as bold and fresh. It seems that in New Zealand, fun, inventive and original ideas are solely reserved for “kids television”. The thinking seems to be that kids and teenagers can deal with genre television, but adults surely wouldn’t be down for those types of stories. No, once you hit 18, the only New Zealand television you’re allowed to watch is people struggling with relationships and fighting over money.

I think a big reason Terry Teo caught on online as quickly as it did (right now it’s still OnDemand only) was how fresh it seemed. It’s been a long time since we had a good live-action family show intended for the Saturday pre-teatime slot. The last one I could find was Maddigan’s Quest, which may be best remembered as helping launch Rose McIvor’s career, but at least proved that fantasy could work on our screens.

Yet while Terry Teo still waiting on a network air date, let alone renewed funding, the critically slammed Filthy Rich is coming back for seconds. This is a show that feels like a TV Tropes list of what a serious dramedy should look like, as opposed to an actual show someone thought through. There’d be nothing wrong with these shows if we had a little variety, but given how limited the funding is and how few local shows we get these days, every borderline identical drama blends into one and fails to make a real impression on anybody. Dirty Laundry is enjoyable enough, but it’s also the fourth local drama in a decade to focus on a family caught up in dodgy dealings. As Duncan Greive observed in his review last week, nowhere in the opening episode of bickering siblings and trips to the brothel does it show any sign of shaking up the formula.

This generational divide is not a modern problem. New Zealand has a rich history of dynamic and interesting young adult and children’s television that has stood the test of time just as well, if not better, than our adult dramas. The last decade or so has seen Maddigan’s Quest, The Tribe, The Killian Curse and Kaitianga Twitch, all brimming with original storytelling. You can go all the way back to Children of the Dog Star and Under the Mountain in the early ’80s to see how quirky genre television is ingrained in our television culture – yet it’s always been limited to youth audiences.

Even our after-school television is pretty out there. Sticky TV started life as a quiz show where kids were doused in fake sewage; Squirt had presenters like Matt Gibb chatting with an animated penguin and fish. Both are probably better remembered than the Antonia Prebble-fronted What Now spinoff WNTV, which had a Muppets-ish vibe with its whole “show within a show within a show” thing. You could brush them off as immature, but these shows are filled with the sort of risk-taking and originality that our mainstream television is lacking – I doubt Jemaine Clement pitched anything weirder than a CGI penguin co-hosting a kids show.

International successes give plenty of evidence that “genre TV” isn’t just for kids. You only need to look at the runaway success of Stranger Things to realise that viewers of all ages are ready to embrace genre styles. The quirky and niche is on the rise, even on relatively conservative American network television, where well-established superhero shows being joined by all sorts of time travel and fantastical serialised programming. The UK has always dabbled in genre, much of it through the BBC; Australia joined in this year with The Kettering Incident and Cleverman, a publicly funded sci-fi that was recently renewed for a second series.

It’s only New Zealand that doesn’t seem to have gotten the memo. You could argue The Almighty Johnsons was an attempt – and as the first Kiwi show to be screened on American television, it did exceedingly well – but that was more of a suburban fantasy than anything overtly genre; its ideas and tone were similar to everything else we produce. Local TV’s resistance to genre is puzzling. You’d think that since their own evidence is showing they are losing younger audiences to the internet, television makers would be actively trying to make the types of shows that people are obsessively binge-watching and dissecting online.

One thing TV makers don’t seem to realise is that shows like Terry Teo are far more representative of New Zealand than pale imitations of what’s proved successful overseas. These slightly awkward, offbeat shows that defy their low budgets and roll with their occasionally cringeworthy dialogue are brimming with the kind of Kiwi can-do that we all know and love. Something like The Tribe might be brushed aside elsewhere in the world, but here it was embraced and is still remembered with affection to this day, warts and all.

Shows like Outrageous Fortune and Go Girls worked at the time because they felt fresh, presenting different voices and stories that had been largely absent from our screens. Now our television is simply trying to repackage the same concepts in slightly different finishes, complete with the sort of soapy scandal that may work for a Shonda Rhimes drama but doesn’t really represent anything or anyone in New Zealand. In 10 years’ time the Lannister wannabe incest plot from Filthy Rich will be long forgotten, but we’ll still be giggling appreciatively at The Tribe and fondly remembering whichever What Now iteration we grew up with.

Watching Terry Teo for the first time, you can’t help but wonder what it would be like if all our local television was as fresh and exciting, if we could collectively celebrate our national broadcasters the way they are overseas. The recently announced changes to NZ on Air are an opportunity for both the funding body and the channels it supports to reorientate towards the offbeat, awkward, proudly Kiwi ideas that exist in our little country, rather than continuing to attempt the types of American shows they cannot come close to affording. They can rest assured that the talent and ideas are out there, hidden away on Sunday mornings and disappearing just before the news starts.

Editor’s note: The Spinoff has learned that Maddigan’s Quest was a co-production with CBBC and 9 Network, and therefore received a larger funding figure than originally stated. We apologise for this error.

Read more from The Spinoff on what’s wrong with our publicly funded television:

The problem with NZ TV, part 2: Comparing TVNZ with the BBC

Plight of the Content Creators: how NZ is stifling the next generation of TV talent