Sam Brooks reviews a stay at The White Lotus, the (fictional) hotel-resort at the centre of the new Neon series of the same name.

Hell is other people, goes the Jean-Paul Sartre quote. If my recent stay at the White Lotus, featured in the new HBO comedy on Neon, is anything to go by, that quote should be: heaven is a five-star resort, hell is the other people staying there.


From the moment you pull into the harbour and see the staff waving at you, smiles seemingly surgically stitched onto their faces, you know you’re in for a special time. Everything you expect from a Hawaiian resort is on display here: palm trees, radiant sunsets, and staff who cater to their guests’ every need. What a delight! So that’s the heaven. What about the hell? Well, The White Lotus seems to exclusively cater to a clientele determined to make their internal issues external, and make their own business everybody else’s.

Look, it’s a Hawaiian resort. There are beaches galore. There is far more than the scientifically recommended amount of sunshine. There are, for some reason, a near infinite number of pools, even though the ocean is literally right there you guys. It’s all surface level pretty, obviously, but what a surface it is!

Look deeper, and you’ll find one of the most, uh, uniquely emotional experiences you’re likely to ever have at a hotel, give or take that Eyes Wide Shut place (was that a hotel?). 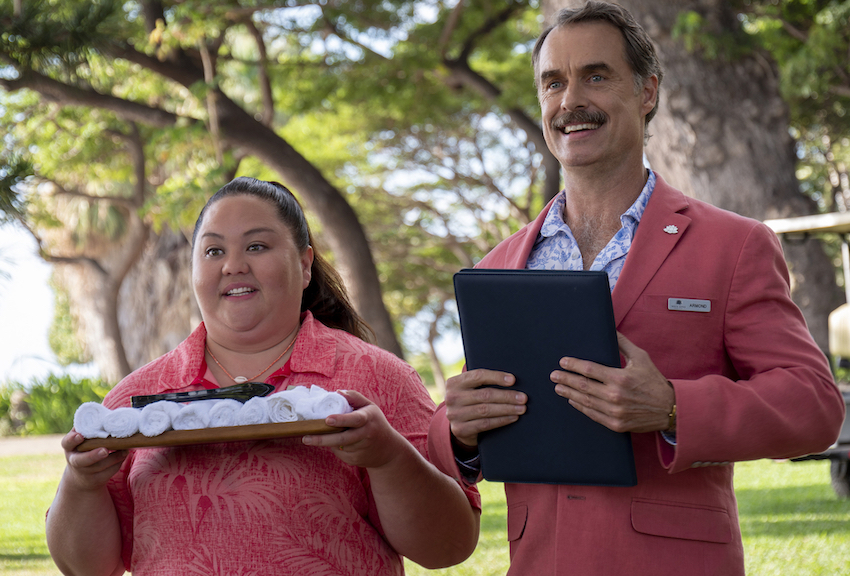 The lovely hosts at The White Lotus. (Photo: HBO)

The Australian resort manager is lovely, even if his sweetness seems to be hiding a deep  loathing for most of the people in his hotel. But I can’t not love that accent, though. Is it Sydney by way of Fawlty Towers? It does seem that over my week-long stay, his professionalism took a hit, and the undercurrent of dislike became very much an overcurrent of blinding hatred. I might be reading too much into things though.

It feels unkind to mention other guests in what should be a review of the premises, but what are a hotel’s guests if not a reflection of the hotel? One woman there seemed especially out of place and on edge the entire time, with a rather loose understanding of the boundaries between guest and staff. I’m also pretty sure it’s frowned upon to spread your mother’s ashes in the ocean! Just a head’s up for future staff interactions with guests.

She was very charming, though. 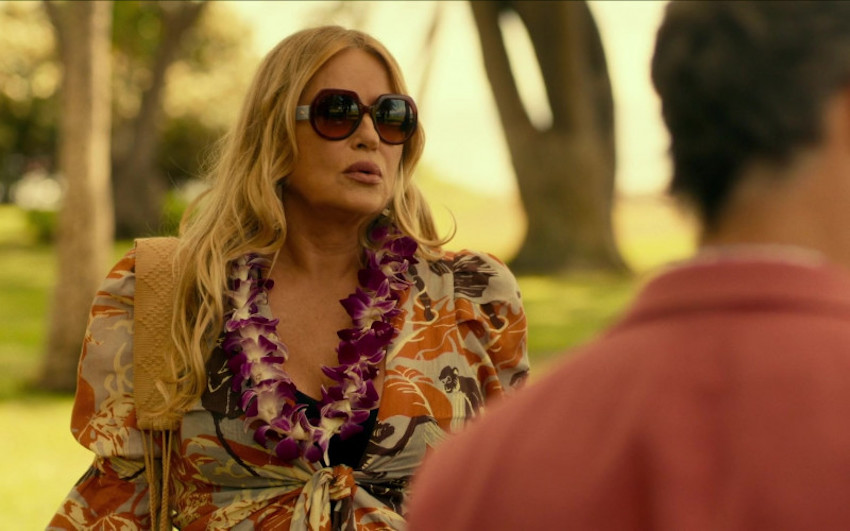 Tanya, who may or may not be played by Jennifer Coolidge. (Photo: HBO)

It seems that while we can check into the hotel, we can’t check out of our relationships. I can’t help but mention the family – led by a matriarch with the best hair I’ve ever seen in my life – who seemed genetically engineered to upset me, especially the three zoomer children they brought with them. During my stay, I overheard them discussing testicular cancer, Marxism, extramarital affairs and excessive drug use (prescription and recreational). The girls also pretended to read Malcolm Gladwell and Camille Paglia, which is frankly just offensive. Nobody should read Malcolm Gladwell or Camille Paglia. It’s 2021.

The food however? Great! Authentic, with great se– Look, can I just complain once more about the guests? It really can’t be overstated how much one particular pair of guests, who appeared to be on their honeymoon, could not be worse suited to each other. The husband complained incessantly about being put in the wrong room, while the wife spent her entire trip resenting the fact that she’d married this person at all. At one point, he even called his mother in to sort things out! I mean… come on!

Anyway, the food was nice.

I did feel some concern for Belinda, the woman who runs the wellness centre at the hotel, whose job apparently also seems to consist of taking care of the emotional, and sometimes physical burdens that her guests place on her. If she’s the heart of the resort, then the resort needs a heart transplant. She needs to be somewhere else, for her own good. See above re: the blonde woman who I think I literally heard say “Rich people could use you.”

She gives a great massage, though!!!

Ultimately, it has to be said that The White Lotus is a resort in Hawai’i – of course it’s wonderful! There’s nowhere better to sit on the beach, watch the sun set, and reconsider my relationship to my privilege, and the privileged experiences of those around me. Or I can have a mojito and hang out with the fun lady spreading her mother’s ashes. That’s good too.