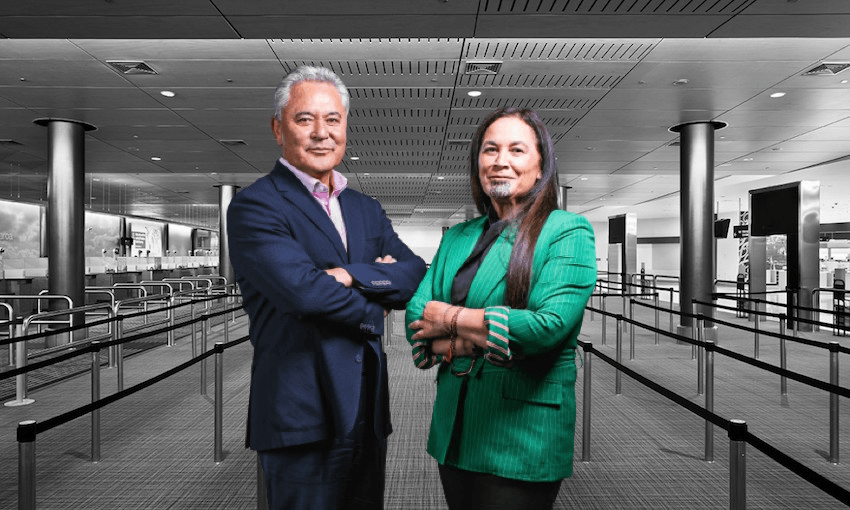 After meeting yesterday to address its unpopular policy that called for immigration to be halted, the Māori Party has made some concessions. It still isn’t good enough, writes former candidate Carrie Stoddart-Smith.

Like most people who become a core base supporter of a political party, we each have our story of why. Sometimes our story continues, and sometimes it ends. This is my story.

It began in 2014, when I was at the point of not voting at all. Part of that was based on the personal politics I held – mutualism, a form of anarchism. I’d taken a profound interest in Māori politics in the few years preceding that election. The child of an urbanised and relatively politically disconnected whānau, I didn’t grow up immersed in conversations about tino rangatiratanga and mana motuhake, but I have come to cherish these concepts and what they meant for ngā Māori katoa. However, at the time I still lacked confidence in actively participating in te ao Māori.

Under the pseudonym of Ellipsister, I wrote a post about how the Māori Party was the party most closely aligned to my values. Then party leader Te Ururoa Flavell reached out on Twitter to tautoko me and my writing. We began regular Twitter exchanges and soon after, the party reached out to me privately. From there, I grew to understand more about the party’s founding and its aspirations from a perspective quite different to what I had access to in the media. For me, I’d finally found a kaupapa whānau where I felt my voice was valued and with whom I felt culturally safe, despite my personally limited confidence with te reo Māori and tikanga. I felt at home.

I soon became involved with the core party base and through those early interactions, I forged what I know will be some lifelong connections. I readily gave the party my vote in 2014, and I don’t regret that choice.

I continued to stay involved in the party as much as possible. Re-entering the public sector in 2015 had the effect of limiting the extent to which I could publicly comment on political issues or participate in public Māori Party forums. But I also saw how the machinery of government impacts smaller parties, the level of opposition they face and the concessions made on both sides. While I didn’t necessarily agree with all the policies the party had prioritised, I felt like it was making a tangible contribution because it was shifting language and attitudes across government. There was a visible uplift in agency commitments to exploring policy impacts on Māori and strengthening engagement protocols. While a lot of negativity continued to be shared about the Māori Party, in my experience, its tenure in government laid the groundwork for a more inclusive and culturally aware public sector than the Labour Party has been able to successfully build on. It’s still not perfect, but the work continues.

When I was invited to stand for the party in 2017, I accepted with pleasure. The support I’d received from its executive team and the party members had been an overwhelmingly warm experience. As the story goes, along the campaign trail things began to unravel for various reasons. And when it exited parliament after failing to reach the party vote threshold, or retain any of the Māori seats, I shed tears. Tears for the legacies that had potentially been lost and tears for the possibilities of what could have been. I decided to step away as a member, so I could fully reflect on what happened, but I remained a supporter at a distance.

While I had limited involvement early in the policy development phase, over the past few months, I’ve watched closely but still stayed at a distance as the party’s policies have been released. Time and time again, I’d been impressed. I was excited and even warming to all the candidates. But I wasn’t prepared for that heart-sinking moment of reading the immigration ban that formed part of the Whānau Build policy – a policy propagating a falsity that has been researched heavily and dismissed, including by our very own Māori housing and immigration experts.

I confronted a mix of emotions. A party I loved that had given me a home only a few years earlier became a party whose home I did not want to enter.

The campaign period provides ample opportunity to spotlight housing issues, such as the role of corporate monopolies in the construction sector and the failure of the Crown to address regulatory and tax issues that could have at least made some difference to Aotearoa’s housing futures. Instead, the party turned its gaze towards an old racist trope: that immigrants are taking all our homes. It’s a trope built inside the house of white supremacy. Therefore, it’s a policy that undoes the anti-racism work the party has championed for many years and a policy that undermines previous election commitments to advance an inclusive and cohesive Aotearoa. A policy that could have been easily retracted without pulling down the whole manifesto, and in effect that retraction would have served to strengthen the manifesto and demonstrate that it is a party that listens with its heart. A party that promised to do just that after its downfall at the 2017 election.

After meeting today to rethink the policy, which has become a barrier for many supporters of the party, rather than retraction, it has opted to change the wording to a “curbing” of immigration rather than a “halting”, and to make an exemption for refugees and displaced peoples. While the language has softened, the intent has not. Promulgating a false narrative serves to entrench the trope through confirmation of the original policy. That is, the party still considers immigration a cause of the housing supply issues in Aotearoa, revealing an unsophisticated and deeply populist understanding of what is and is not driving our housing crisis.

My politics is my person. There is much to admire with the broader raft of policy produced by the party for this election, and I wish them all the best on their journey back to parliament. But for me, a home that doesn’t welcome everyone is a home that welcomes no one.

Carrie Stoddart-Smith ran for the Māori Party in the electorate of Pakuranga in the 2017 general election.