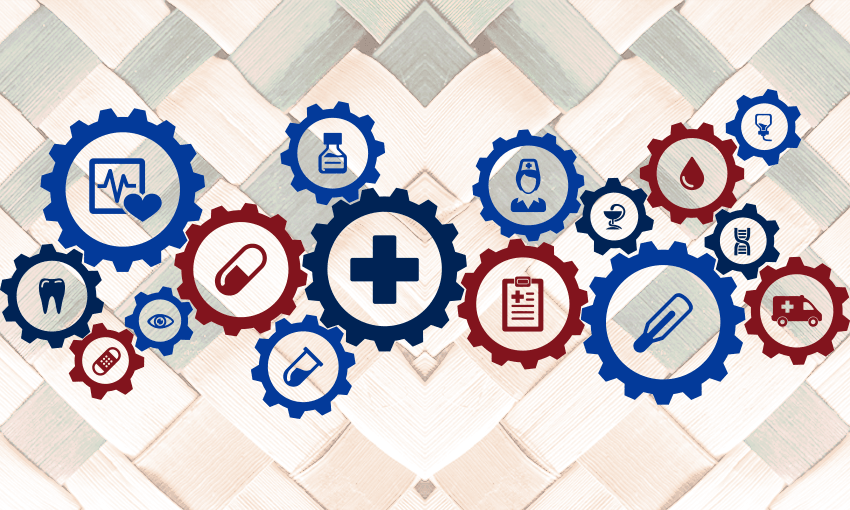 Friday July 1, 2022 was the day when Pae Ora (Healthy Futures) Act came into effect and Te Aka Whai Ora – the Māori Health Authority – became a real thing. This is the first time we have had a standalone Māori Health agency at a central government level with the power to do a whole lot of things including purchasing Māori health services and monitoring performance of the publicly funded health system.

Māori whānau, hapū, iwi and communities have been arguing for control over our own health and wellbeing since “western” ideas about health were first introduced to Aotearoa. But the push for something like a Māori Health Authority with the ability to commission or buy health services dates to the early 1990s. Such calls continued through the health reforms of the early 2000s, leading to Māori primary health care groups putting together claims to the Waitangi Tribunal in 2005 that highlighted how, despite lots of aspirational statements, the government’s health system was not actually working for Māori.

These Treaty claims were not heard substantively until 2018, but as it happens this was exactly the right time for change. The hearings coincided with a “once in a generation” review of the health and disability system led by Heather Simpson and led to significant debate around the idea of a separate Māori heath entity. Following that review, a Māori Health Authority became government policy, and the rest is history.

In acknowledgement of the kaimahi Māori who have been advocating for 30 years or more for this day to come, the best thing I can do is to be thrilled about how far we have come and positive for the future. And the worst thing I could do is think that the job is done, and Māori health inequities are “solved”.

When I’m celebratory, I think about how Te Aka Whai Ora has a set of legislated functions that allow it to both set a path for the health sector to do better for Māori, to directly fund services for Māori and to monitor the publicly funded health system in relation to Māori health.

When I’m hopeful for the future, I think about the difference this could make to the health and wellbeing of Māori, especially the groups of Māori who have been made invisible by the old ways of doing things. This includes tāngata whaikaha Māori, Māori with lived experience of disability, who have been ignored in so much of our health sector policy, funding and planning due largely to the complementary and intersecting powers of racism and ableism. The establishment of Te Aka Whai Ora is an opportunity to champion and support tāngata whaikaha Māori communities to be part of deciding what health or wellbeing services they need. It is also a chance to do away with some of the unfair and unjust rules around funding and could mean, for example, Māori who are recovering from stroke and under 50 years old can access at least the same range of supports non-Māori recovering from stroke over 65 years old do.

When I’m hopeful, I also think about Māori provider development. I say this knowing that the key to health and wellbeing isn’t about the number of providers, it’s about Māori whānau, hapū, iwi and communities being able to do what’s best for ourselves. But when we do need to access health services, we deserve to have the option of accessing these services from Māori health providers. The budget this year gave me a glimmer of hope in this regard too, because for the first time since 1997 the Māori Provider Development Fund (which was previously administered by the Ministry of Health and is now the responsibility of Te Aka Whai Ora) saw an increase in funding. While in reality this funding does only a little more than restoring the fund’s purchasing power (so it can buy as much today as it did in 1997), it is still a sign that we are moving in the right direction.

ut all of this is only “in the right direction” and not at all “job done”. While it sets up a system that has potential to improve Māori health and wellbeing outcomes and allow us to break from some of the old ways of doing things that have not served Māori, it is not exactly a health system set up to honour Te Tiriti o Waitangi, to be anti-racist and pro-equity from the outset.

The first thing many proponents of a Māori Health Authority wanted to see was for the authority to be independent, under Māori leadership and control. But from the time it became government policy it was clear the intention was for it to still be a government entity of some kind, answerable to a minister.

Te Aka Whai Ora was established with its own bespoke legislation, so it isn’t exactly like every other government entity. But it certainly isn’t a Māori organisation. A fear I have is that the idea of government entities working together (in this case Te Aka Whai Ora, Te Whatu Ora – Health New Zealand – and the Ministry of Health) is confused with Te Tiriti o Waitangi partnership. At its most banal level this would mean things like other government agencies meeting with Te Aka Whai Ora staff and reporting it in cabinet papers as consultation with Māori (which is very easy for me to imagine, having spent nearly two decades reading cabinet papers). More fundamentally it could prevent meaningful partnerships developing between Māori groups (especially those not part of the formal structures of Te Aka Whai Ora or with members on its board) and the Crown when it comes to health.

The next thing proponents of a Māori Health Authority wanted was assurance that it would have a decent budget, with arguments floating around (including in the Waitangi Tribunal) that this should start at 15% of Vote Health and grow from there. Having looked at Budget 2022 I can tell you this is not, in fact, the starting point. It is much lower than that.

A mega budget from day one can be a double-edged sword, and you need significant organisational capacity (i.e. lots of highly skilled staff) to be able to spend 15% of Vote Health, so I understand why Te Aka Whai Ora has a more manageable budget initially as it sets up its systems and processes and builds its teams. However, with ministers at the launch being clear about their hopes and expectations for the new organisation, the budget needs to increase swiftly. Otherwise, it will be the agency with the least funding but highest expectations to “solve” the persistent health inequities between Māori and Pākehā that have marked (and marred) the district health board era.

So where does this all leave me? On balance, I’m choosing to be incredibly proud of what Māori advocacy and health expertise has achieved in creating the conditions for a Māori Health Authority. I am also excited to see how Te Aka Whai Ora develops over its first year, knowing that there will be opportunities for it to show it can make tangible and meaningful impacts on Māori health outcomes even in this short space of time. If they’ll allow a suggestion, they could start by focusing on the inexcusable health inequities for tamariki Māori when it comes to childhood vaccination rates.