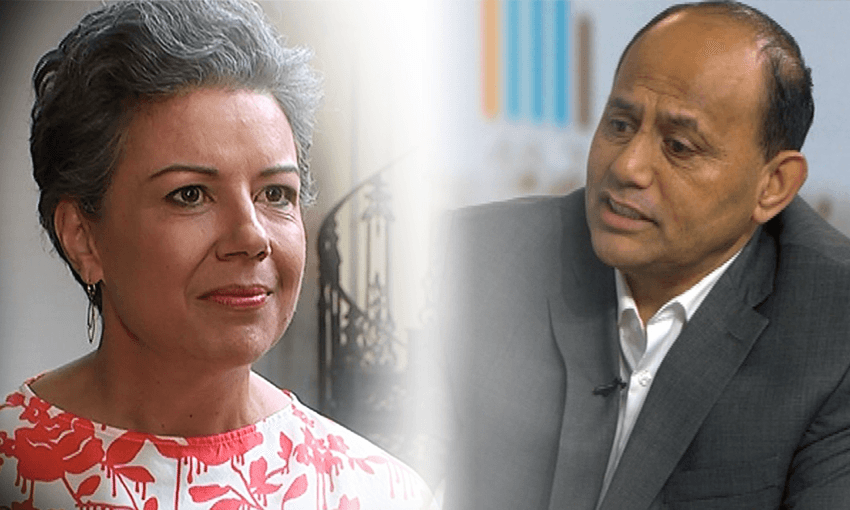 I was seventh form (year 13 if you prefer) when the Iwi Transitional Agency visited my high school in Christchurch. This forerunner of Te Puni Kōkiri came as part of their regular end of year rounds to encourage Māori students to apply for scholarships to go on to higher education. Like all Māori students in our school, I was called to the library and encouraged to connect with my iwi and hapū throughout the country to see what support was available.

There was only one problem: I didn’t know I was Māori.

My life took a different path that day. For the last 26 years, I have taken a journey to reclaim our reo, to find my place in our whakapapa, to rebuild relationships and a role at our marae, to find land again for us on our turangawaewae and to raise our tamariki as the heirs to everything that was lost.

So the fog of words that descended on parliament at the beginning of May as National’s Paula Bennett accused Labour’s Willie Jackson of racism for questioning her Māori identity was an echo of a deeply personal experience for me. Yet in Wellington, amidst that wave of accusations and counter-accusations was an insidious reality: there was no real emotion or pain – just political opportunism. This is no debate about identity; 26 years on, any young person whose world has been turned upside down by a revelation that they are Māori will find no support for them in this bit of theatre.

It all began with a rather poor speech by the minister of employment, Willie Jackson, in the General Debate on the first of May. Loosely connected with the workers’ rights movement commemorated on May Day, Jackson started by lauding Labour’s efforts for workers in the regions. He then turned to belittling National’s record for workers and took the opportunity to comment on their disunity. He started with their leader and then took a sharp turn to this:

“Look, I understand, most of the Māori in the National Party are useless. We understand that. Apart from our good man Nuk Korako who is going today. What a good man, it’s so sad he’s being booted out of the National Party, you know, because he supports tino rangatiratanga and the Māori in Labour. So the only good ones in there, Nuk, Shane Reti because he delivered Peeni Henare’s babies, and Harete Hipango, that’s about it. The rest are useless. Paula, well she doesn’t know if she’s a Māori, some days she does, some days she doesn’t, Dan Bidois, he needs to go back to Italy, and Jo Hayes, Jo wouldn’t have a clue. A great example of that with Jo was when she did her Whānau Ora attack on us and failed miserably. She was even told to shut up by Nuk…

“So I want to say to the National Party today who are split and divided; yes, you have useless Maoris [sic] but the good one is going today, one of the best is going today, Nuk Korako, however we’re backing Simon, please get that message to him, because he’s desperate, we saw it today, he desperate there grovelling for more support, shocking the way he was insulting us, but he’s from Ngāti Maniapoto, I’m from Ngāti Maniapoto and I’m obliged to help him.”

It was a really poor speech. It wouldn’t even make a good talkback radio tirade. Still, Paula Bennett decided to feign outrage and call Jackson out as racist for saying “she doesn’t know if she’s a Māori, some days she does, some days she doesn’t.” Commenting on that, she said “It’s kind of like saying if we’re not like you, and fully entrenched and able to speak the language, then in your mind, we’re lesser Māori.”

Bennett’s analysis was confirmed by the blunt criticism of her by Labour MP Peeni Henare during Question Time:

With friends like these, Jackson barely needed Bennett’s criticism. Nevertheless Bennett is absolutely right; that’s exactly what Jackson and Henare are saying. They are saying that the Labour Party’s Māori MPs are – along with Nuk, Shane and Harete in the National Party – the “good ones.” By their standard, “good” Māori are those who ally themselves with Māori communities, who make an active contribution in those communities, and who support “pro-Māori” or “kaupapa Māori” positions.

They are not questioning that she has whakapapa but they are questioning her right to identify as Māori.

Against this standard, to be Māori is a political identity, not a whānau identity. To just identify as a member of a whānau is not adequate to be considered a good Māori; you need to be a part of the political struggle as well.

Which is a dangerous and damaging position to hold. Jackson and Henare are (inadvertently) promoting commitment to a homogenous Māori nationalism as more laudable than identifying as Māori. This moves us a step along a path from rich diversity of expressions in our culture to an unquestioned ritualism and from multiple experiences of identity to a tyranny of an oligarchy based on knowledge and expertise. Which is ironic given Jackson’s position in urban Māori communities.

Like some of you, I know what it means to not know if I am Māori from one day to the next. Sometimes it was too hard to learn the language. Sometimes I found it easier to be with friends than with whānau. Sometimes I thought my kids would get more opportunities in mainstream schools. Sometimes I sided with government agencies over our Māori community.

Bennett should never have been attacked in this manner. If she identifies as Māori, that should be enough for anyone.

This was a grim interaction devoid of real emotion or any sense of import. Bennett, Jackson, Henare and then Winston Peters lined up along party and coalition lines and took potshots at each other. Nasty words were flung across a hopeless political divide. There was no consideration that there might be a group of people in our community struggling in first year language classes; squinting at whakapapa put on Facebook groups they joined in the hope of finding out more; being bullied at school for being brown; and being rejected by Māori who mock them for being too white. There are no spokespeople for you in a parliament that is about party over representation.

So for those whom Jackson’s words hurt, please remember: kāore koe i ngaro, ko koe he kākano i ruia mai i Rangiātea. You will never be lost, for you are a seed sown in Rangiātea.