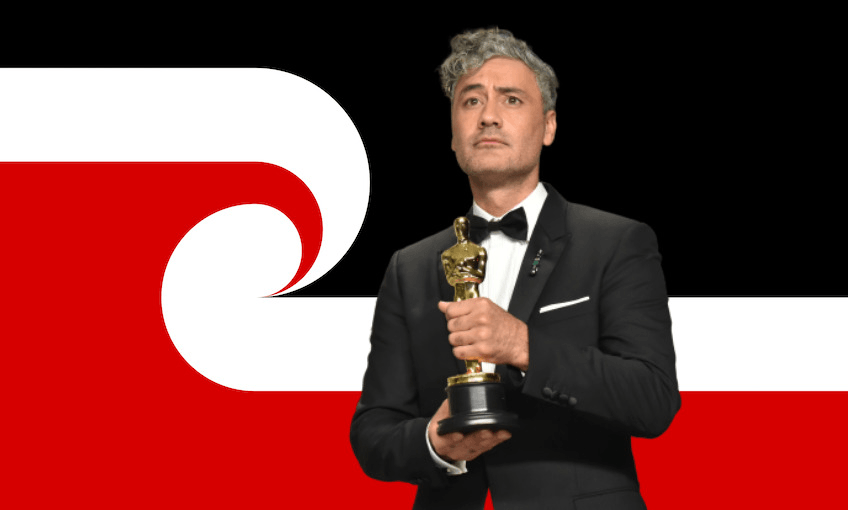 What Taika’s Oscar means to me – and all indigenous filmmakers

Director Heperi Mita celebrates the success of his friend Taika Waititi, and explains what it means for Māori and indigenous creatives around the world.

There was a moment during the 2020 Academy awards where I saw Taika Waititi, Chelsea Winstanley and Ra Vincent, and realised that in just one generation Māori filmmakers had gone from union picket lines and land marches to the red carpet of the Oscars.

The gap between the current crop of Oscar nominees and the pioneers of Māori filmmaking is a small one – my mum, Merata Mita, was one of those pioneers, and in the case of Chelsea and Taika, she was also a mentor. So for me there was this sense of filmmaking whakapapa.

A son celebrates his mother in Merata: How Mum Decolonised the Screen

And although the history for Māori in the film industry is a short one, Taika saying the phrase “Mauri Ora” on that stage harkened back to the very origins of Māori storytelling when Tānemahuta breathed life into Hineahuone, the first woman, and exclaimed “tihei mauri ora!”

This was not part of Taika’s acceptance speech, but part of perhaps an even more significant moment for the ceremony. This year’s awards was the first time the Academy has ever acknowledged the land of the Tongva, Tataviam, and the Chumash, the tribes whose ancestral lands lie beneath the concrete freeways and skyscrapers that make up the metropolis of Los Angeles.

The fact that this message came from a Māori, well known for being outspoken on his opinions on race relations in New Zealand, is a throwback to Māori filmmaking pioneers like Barry Barclay, Tama Poata and my mum whose film careers were firmly rooted in their struggles for Māori rights. However, it’s also a sad indictment of the lack of authentic representation for Hollywood’s indigenous people’s – both real and fictional.

While all this was happening, another Māori filmmaker, Renae Maihi, entered the High Court to defend herself against accusations of defamation by millionaire Bob Jones. And in a strange coincidence, this too was thick with personal historic context for me: Jones appears in my mother’s film PATU! giving the fingers to anti-apartheid protestors on his way to a fundraiser for the Muldoon government in 1981.

The juxtaposition of two filmmakers, one at the High Court, the other at the Oscars, is a perfect representation of the history of Māori in film.

Renae’s case embodies the ongoing struggle inherent for Māori within this industry. But while a lawsuit has obvious tangible consequences, what does an Oscars victory really mean anyway?

While conflict against authority by Māori in film is well documented, success on the highest of those stages is almost forgotten. Hammond Peek (Kai Tahu, Te Ati Awa) has won two Oscars for sound design for his work on Lord of the Rings and King Kong, even Russell Crowe has whakapapa links to Ngāti Porou, yet these achievements seem relatively unlauded by Aotearoa at large.

The relevance of both the ceremony of the Oscars and the awards have been questioned in recent years with criticism of selections, and failing ratings. Prior to the ceremony Bong Joon Ho himself was dismissive, describing the Academy Awards as, “a little strange but not a big deal. The Oscars are not an international film festival. They’re very local.”

However, the collective sense of pride that was felt by indigenous people around the world when Taika Waititi took the stage is proof that although the Oscars’ relevance may be waning in recent times they remain an achievement that symbolises the pinnacle of excellence in filmmaking and therefore inspire.

These symbols remain important not only for their inspiration, but the platform to boost awareness of indigenous stories at a global level. It wasn’t just Māori interests that were promoted that day, but indigenous artists and storytellers at large.

In this way the short whakapapa of Māori in film will continue to grow and expand into a generation of storytellers who will achieve even more than this one.