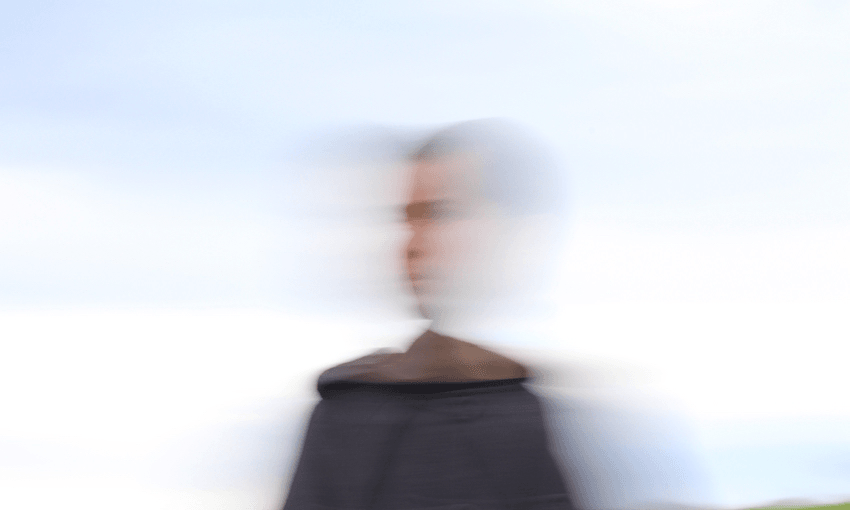 Whakamā: fighting the taniwha of shame

Whakamā refers to a state of personal or collective embarrassment and shame. Unabated shame can corrode the soul. Tikanga can fix and prevent it, writes Tainui Stephens.

This story contains descriptions of racism and racist language.

It seems to me some radio talkback hosts suffer from an empathy bypass: a quixotic condition affecting those who hawk belligerent opinions for a living.

During the lockdown, Magic Radio’s Sean Plunket excoriated lawful tribal attempts to protect their clearly vulnerable communities with roadblocks. He proposed to an iwi leader that their energies should go into addressing domestic violence. He asserted without irony, that he was speaking out because travellers told him they felt intimidated by the Māori they encountered.

He also made a sly joke insinuating that the (annihilated) Tasmanian Aborigines could not set up a tribal checkpoint. A casual diagnosis of the cause for the repellent comment suggests deficient levels of shame.

That’s a pity, because shame or whakamā can be good for you.

Whakamā is a major dynamic in the Māori world. Like the associated values of manaaki, utu and aroha it refers to our private and public connections with each other. It comes with a conscience.

We suffer whakamā if we can’t get to a tangi or iwi event. We are shamed if we cannot feed our visitors, or offer the right speech or song. Stigma sticks if we let someone down. We must fulfil the cultural and humanist obligations that make us feel good about being Māori.

Whakamā is not guilt for something you did, but humiliation for who you are. It’s a deep hit to the core of your being. You are inferior, disgraced, disadvantaged: and you know it. It has an acute memory.

I’m 18 years old. My kuia pulls out her precious whakapapa books. We are in her tiny tidy pensioner flat next to the marae. She puts them deliberately on the kitchen table. She sees my concern about tapu things near food and tells me: “There’s a reason I’m doing this. Don’t be afraid. These are your bones. What counts most is the respect you have for them!” She opens one to show me the line of family descent I should learn first.

A couple of years later, I am in a Manurewa kapa haka or ‘Māori Club’ as we call them. We visit a tribal area that is new to me, and in my speech I include that first line of my genealogy. To my juvenile mind it is an act of tribal identification in what I think is a traditional way.

Our club leader says to me “You’ve upset these kaumātua!”

“OMG why?” I stammer. “By offering your whakapapa, you put down a challenge for them to do theirs. And they don’t know it.”

I had embarrassed them. Talk about a blow arse! Kātahi te whakaputa mōhio ko au!

A big black hole yawns open and swallows me whole. I die of shame. But I learn that shame is not fatal, and humility throws me a life-line. I rise to my feet when I can, to say (not for the first time and certainly not the last), “Mō taku hē…”

Whakamā compels you to atone: to be ‘at one’ with the consequences of your actions. Whakamā is a clue that something stupid or bad has gone down and you need to fix it.

Throughout history, shame – the fear of it and the fact of it – has been a powerful corrective of human behaviour. To actually feel shame requires personal humility and the acceptance of the value of other people. They have a right to exist and their opinions count. Whakamā stops us misbehaving and is one route to balance in society.

A Ngāti Awa legend talks of the tohunga Te Tahi-o-Te-Rangi, who was abandoned by his people on Whakaari. He’d been blamed for using mākutu to cause a flood. Te Tahi realised the deceit and summoned taniwha to take him back to the mainland. When the taniwha suggested they should also punish the people he said:

‘Let shame be their punishment; let us be known for our mercy toward the tribe’

As Taranaki researcher Dr Joeliee Seed-Pihama puts it: “Shame was often used as a form of retribution or utu and social control.

“Māori prided themselves on their image and the opinion of others greatly affected their behaviour and mana. This shaming process was very effective due to its public nature; the offender was put on trial in front of the whole hapū and/or iwi.”

If one person can be shamed so can the many. One of the great struggles that all indigenous people have long fought, is to rise above the cultures that suppress them by shaming them. Like any trauma, shame can paralyse so that a capacity to think and act clearly, is compromised.

My father’s family left the far north for Auckland in the late 1930s because all the uncles had gone to war. By 1948, Dad was a bright kid in his first year at high school. He would tell me often how hard it was to be the only Māori child in the smartest class. He was always accused of cheating to get there. He and his grandmother were called ‘stinking Horis’. No one would sit next to him. On his first day at college some Pākehā kids circled him to taunt him with:

On his first day in phys-ed he was ridiculed in front of his class. The teacher made my father remove his singlet. He then used a ruler to show that the shape of my father’s head demonstrated he was physically inferior to his classmates. Further, that he did not have the capacity to think like white children. As the boys in the room sniggered, Dad began to feel for the first time in his life that he was inferior.

Generation after generation of Māori have had to live a subordinate position in their own country. I feel that for most of my father’s life, all he wanted was to prove himself better than the white man. That tormented thinking ruined him.

Current generations of Māori have to cope with a different whakamā – that they’re not Maori enough.

I see it in the collective shame of Māori who cannot speak the language. They have learned to say sorry all their lives for something that is not their fault. Every time I hear that apology, especially from kaumātua, I cry inside.

A cousin of mine is a fabulous teacher of te reo. She observed on Facebook that the Pākehā she teaches do not suffer the whakamā her Māori students contend with:

Shame for our people was a huge learning barrier. Pākehā didn’t have it so the journey for them was different. We would have extensive one-on-ones about how the foreign system purposely stole the language from the tongues of our ancestors through violence, economic abuse, and psychological warfare. We spoke about how we should never be ashamed, because we survived. We are still here and we still love our ways and our language. Even though their parents never spoke te reo they were also bringing up nieces, nephews, mokopuna. They looked after the wider family, always fed their manuhiri. Some of my students including myself are 2nd or 3rd generation urban Maori who have had a limited relationship with our marae and people. Should we be ashamed of who we are? Should we hang our heads and call ourselves plastic? Kahore!

Te Tahi-o-Te-Rangi’s words have come back as a mantra in modern Māori language education. This time the roles are reversed and embarrassment is presented as a taniwha to be destroyed, for its existence is stopping the shy learner from speaking:  “Patua te taniwha o te whakamā!”

The best way to beat whakamā is to do something about it. Fortunately tikanga give us the tools, and importantly the deep desire to overcome any shame. It’s a long game. I have seen those same kaumātua who were once crippled by the whakamā of their ignorance of te reo, beam with moist eyed pride as they watch their mokopuna speak the words that were denied them in their own youth.

When Māori or Pasifika are stricken with whakamā they generally deal with it by going silent or withdrawing. This may be seen as a sign of guilt or emotional dislocation. But it is also a chance to do the internal work. Reflect on what has happened, and marshal the personal and external resources to fix the shame. However long it takes.

While humility is the antidote to whakamā, empathy is the vaccine.

When pressed that his talkback comments were racist, Sean Plunket replied that people should have ‘a cup of tea and a lie down’.

I would suggest the same to him, but with way less condescension and a lot more aroha. I would add that he should also stir a spoonful of shame into his cuppa. It’ll be good for him.