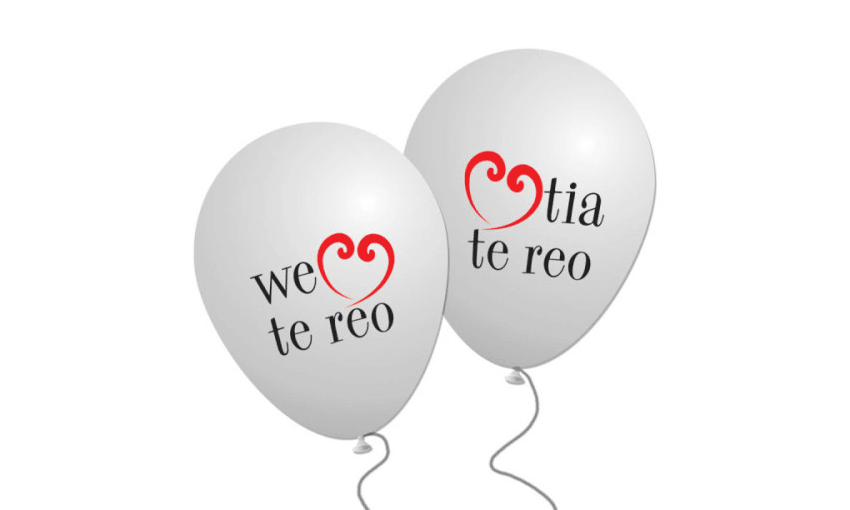 Some thoughts about Pākehā learning and speaking te reo Māori

A recent Twitter thread, which asked Pākehā who are learning te reo to be gentle with Māori who don’t know the language, sparked a lot of conversation. Ātea editor Leonie Hayden reflects on her own experience, and offers some advice.

It was a Pākehā friend who first told me that it wasn’t appropriate for her to go to any free te reo Māori night classes because she might be taking the place of a Māori learner. Two Māori friends have since agreed, and about four or five were, like me, unsure.

My experiences of night classes have been mostly at mainstream tertiary institutions, where there were also international students taking the paper as part of their course. Many of them came from countries where it’s downright weird to only know one language, so why wouldn’t they add a language from the country they’re studying in? For the most part they seemed very engaged, equally happy to learn about our history and tikanga, and share theirs, while absorbing the reo. Learning in the way that multilingual people who have experienced multiple cultures do – with openness and curiosity.

Māori and Pākehā New Zealanders are a different kind of te reo Māori student. For us, there is a lot of unlearning to do.

For many of us it’s washing those battered diphthongs out of our brains, whose mangled pronunciation has been so thoroughly embedded in the cerebellum the tongue is completely incapable of recreating them correctly. Synapses misfiring all over the place: “I can’t make that T sound. I can’t roll my Rs. If I try to pronounce Rangitoto and Rotorua correctly, I’ll sound like a try hard. I’ve always said it this way, I can’t change it now.” If it seems like I’ve been eavesdropping on your inner thoughts, I assure you – those demons intruded on the quiet moments of many hundreds of people before they got to you.

For Māori, however, it’s also about a different kind of cleansing. Pronunciation is a tall barrier to overcome. Shame is a whole damn mountain range.

If you are Pākehā and learning te reo please be gentle with Māori who haven't had the same opportunity to learn their language. E mihi ana te ngākau.

At one of my intermediate level kura pō there was a Pākehā woman who was much more advanced than the rest of the class. She had done full-time full immersion a few years back, and decided night classes were a good environment to practise a bit. She was always the first to raise her hand and answer, presented oral assignments that put ours to shame, and bantered easily with the kaiako before and after class. She was very friendly, and quite loud. She made me feel like absolute shit. I wasn’t as shy as some of my classmates, but around her I was mute. It wasn’t until I shared that with my study group that I realised she made all the Māori students feel that way. Not only did it make us feel shame, but the fact it made us feel shame made us feel shame – that we weren’t staunch enough to put our chins up and let it slide off our backs. After all, we were the ones with whakapapa Māori. In fact, I was pretty sure she was showing off in an attempt to impress us, to be more like us. But for some deep down, unnameable reason we just didn’t feel flattered.

There’s another te reo Māori-speaking Pākehā in my life who always asks me how my te reo journey is going. “Pēhea tō haerenga reo?” they ask kindly. “None of your fucking business!” the petulant, embarrassed child in my head yells back. Mumbled excuses about how busy I am with work. Wanting to explain I don’t have family to speak it with, but not wanting to throw my family under the bus because it isn’t their fault. “There’s no excuse,” I admonish myself. “You used to make time after work and in the weekends, you should still do it. If they can do it, you can do it.” The dialogue in my head always goes on long after our conversation ends.

I do think tauiwi should be welcome in te reo Māori classes. Do I think kura and universities should prioritise Māori applicants? Absolutely. I think the application process should explicitly prepare tauiwi for the fact that their acceptance is only final once the applications have closed and preference has been given to Māori. I would like to think that the sort of Pākehā person who has a desire to learn our reo would also implicitly understand that we should have priority. But I’m not sure you can assume anything of white privilege. Even in the kindest people, it’s there as a blindness rather than anything malicious. The responses to the tweet that prompted this conversation are full of Pākehā admitting that they have been guilty of taking up too much oxygen in wānanga spaces.

There are some Māori who only want te reo for Māori, and I totally get it. It is our taonga, protected by the few from the many who sought to destroy it. Beaten and humiliated out of us. “A useless language,” I was told as a child, “that won’t get you a job”. An acquaintance repeated that very line not two months ago.

But I think I want to live in an Aotearoa where all tauiwi understand te reo Māori, and therefore understand us better. Some of my friends who I kōrero Māori with are tauiwi, such as The Spinoff’s wonderful deputy editor, Alice Neville – a total language nerd who helps me with my grammar. And I guess the difference between them and the people that make me feel small is consent. We’ve given each other permission to struggle through this funny old journey together. So I would say that if you are a reo-speaking Pākehā, wait for an indication that the other person wants to korero Māori with you, or even talk about it in English. Don’t assume that kuia and kaumātua have the language, even if you’ve just heard them deliver a beautiful tauparapara. In your excitement to practise, you may unwittingly bring shame on them.

Remember that time is a privilege. Taking time from whānau once or twice a week, plus assignments, plus weekend noho is something many people can’t even dream of. Taking a year off to learn full time – impossible. If you’re lucky enough to have had that opportunity as a Pākehā, please think long and hard about the gifts you have been given and to whom they’ve been denied.

My former AUT kaiako Hēmi Kelly recommends talking to your teacher if there is someone in your class that makes you feel iti. “Chances are it annoys them as much as it bothers you,” he said.

And if you miss out on a spot in class, there are so many ways of normalising te reo Māori in your life. “Learn te reo Māori” doesn’t work as a New Year’s resolution anyway, because there’s no end point to learning a language.

I told someone recently my te reo is like a six-year-old’s. They replied: “Oh! I thought you were more advanced than [name of a friend who did one year of night school].”

Guess how long it takes a six-year-old to learn English? Six years. A 10-year-old? 10 years. While having it spoken to them all day, every day. I know it’s not totally analogous to an adult learner, but six-year-olds can tell you what they did at school, who they’re friends with, what they like to eat and all about their favourite hobbies. They speak the language well. But they can’t, for example, write an essay on the complexities of language acquisition. Fluency is a process, not an endpoint. As a monolingual country, I think we’re blind to what that truly means and as a result, blind to exactly how much Māori have lost.