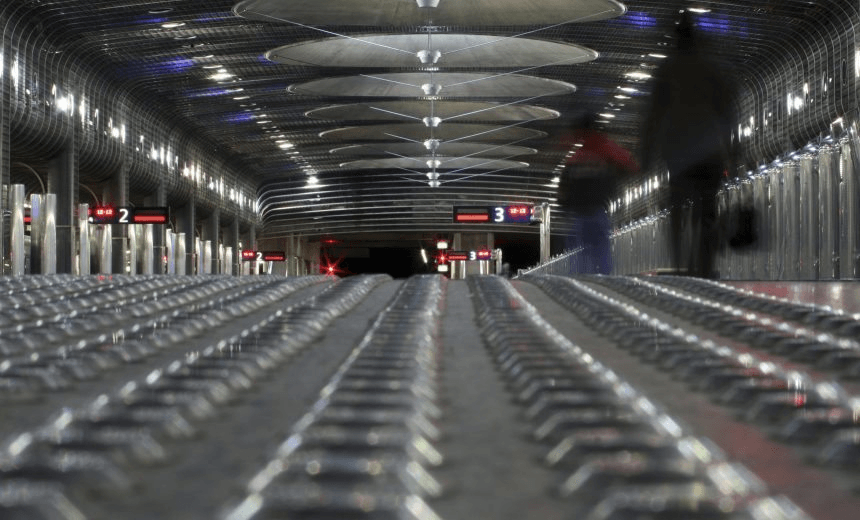 Right on the heels of the Unitary Plan, the Auckland Transport Alignment Project report is published tomorrow, and it, too, is absolutely critical for the city. Transport Blog guru-in-chief Matt Lowrie explains what ATAP is all about and why it matters.

Even before Len Brown was elected mayor in 2010 on the back of promises to build the City Rail Link (along with rail lines to the airport and the North Shore), the government didn’t see eye to eye with Auckland on transport priorities. It’s not that they had their own alternative vision for the city’s transport future – they just didn’t like the plans Auckland had come up with.

Nowhere was this more evident than in their response to the CRL, right up until the prime minister changed the government’s position in 2013. When it came to Auckland’s transport future, the council and government disagreed on almost everything:

The projects – too many mentions of “rail” for the government’s liking.

How it would be funded – council estimated there was a $12 billion funding shortfall and a “consensus building group” preferred a $2 motorway charge as the best way to fill the gap.

The impact and timing of projects – some of this was due to having fundamentally different views of the future, from big questions like where houses and jobs would be to small issues like how much it was likely to cost to park in the CBD (the council said parking was likely to increase to $30 a day while the government assumed it would stay at about $16 a day).

Fortunately, as Minister of Transport Simon Bridges has been much more open than his predecessors to engaging with Auckland on these issues. So in August last year the government and council announced they’d agreed to work together on an aligned 30-year transport plan for Auckland – the Auckland Transport Alignment Project. At the time Len Brown said: “The signing marks a new dawn in our relationship with the government ending decades of disagreement and time wasting.”

The ATAP will be published tomorrow, with today bringing a welcome curtain raiser in the form of the government pledging to pay half the cost of the CRL. The work in ATAP has been undertaken by Auckland Council, the Ministry of Transport, Auckland Transport, the NZ Transport Agency, the Treasury and the State Services Commission staff over the past year.

The politicians gave the bureaucrats just 12 months to come up with the agreed plan. A likely, if unstated, driver for this is that the government didn’t want a gold rush from mayoral hopefuls trying to outbid each other on transport schemes. That would have made transport a much more central feature of the current elections and have only served once again to highlight the disagreement and time wasting that has occurred so far. Avoiding such embarrassment is a win for the government. Completing the project before the upcoming election is also a win for Len Brown, who can proudly say that along with the City Rail Link, he has had a meaningful impact on the city’s future.

ATAP has been split into three deliverable components.

ATAP’s biggest strength, aiming for an evidence-based approach rather than a political one, is also potentially its biggest weakness. It heavily relies on computer modelling, wherein the quality of the output is dependent on how well the model is designed, along with the assumptions and inputs used.

Unfortunately in transport there has not been a strong track record of accurate prediction. Transport models are particularly bad at predicting transformational change because they tend to assume everyone wants to drive and will only use alternatives if forced to, due to issues such as price, congestion etc. So we regularly see the models tending to overestimate the number of people driving and underestimating the number using public transport. A couple of examples:.

Unfortunately, ATAP didn’t have the time or budget to update its approach to transport modelling, so it’s likely many of these issues will flow through into key findings.

Nevertheless, the Interim Report seemed to reach some fairly sensible conclusions (primarily, that you can’t build your way out of congestion), so here are a few things to think about/watch for when the report is released later this week.

Focus on the first decade – AT breaks future projects down by the approximate decade they will be needed. Given how rapidly things can change, the modelling gets more inaccurate the longer into the future something is – which means any project more than a decade out might as well be ignored. An exercise like ATAP is probably needed every 5-10 years to ensure we’re on the right track and those projects can be reviewed and re-prioritised then.

Road pricing – Prior to ATAP, discussions around road pricing have existed solely as a way to try and raise additional revenue. Yet road pricing can also be used to encourage people not to drive at certain times, which can in turn have a big impact on congestion. The results in the interim report were very positive and as a result we saw the first signs the government were softening on the issue. I don’t expect we will see specific details about any road pricing scheme but an indication of when one may be needed is likely. I also expect there will be a lot of media focus on this issue.

Future technology – whether it be the likes of Uber or autonomous vehicles, almost daily there is talk of the role technology could have in changing transport in the future. ATAP has been looking at the potential impacts and the Interim Report noted they could be positive – but the big uncertainty will be how much and when those impacts might be seen. I don’t expect this report to answer that question.

Government funding – With both the council and government finally on the same page around Auckland’s transport priorities, attention is going to have to turn to how we fund it. ATAP should give a better indication of both the quantum and timing of the funding needed. I’d expect to see an initial response from the government at the same time as the report is released.

Mayoral candidate response – How will Vic Crone respond if ATAP says an additional harbour crossing isn’t anywhere near a priority? What will Phil Goff say if light rail is in the same boat? Whoever is elected mayor will likely need to come up with additional funding to help pay for the projects required. How will this sit with candidates promising to cap or cut rates?

Hopefully ATAP will hit the target, but there’s still a lot to be done.