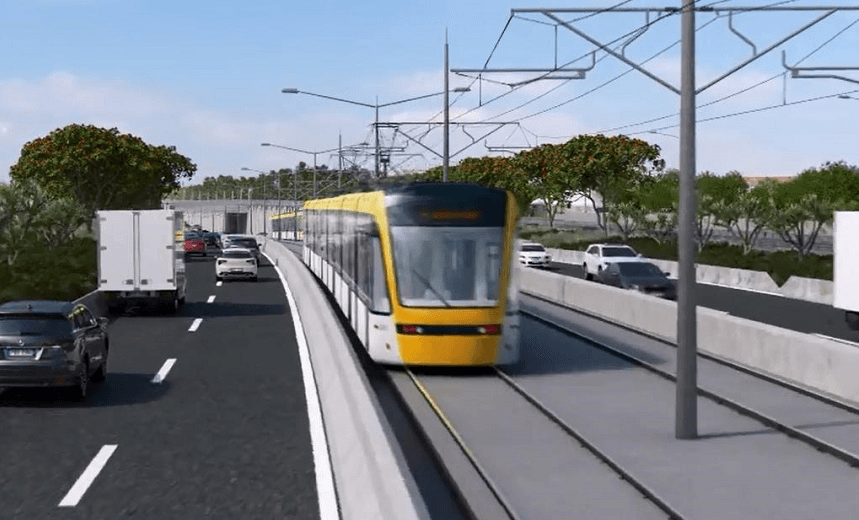 A visualisation of light rail along the Northwestern motorway (Photo: Supplied)

A visualisation of light rail along the Northwestern motorway (Photo: Supplied)

Lost in last week’s debate about light rail to the airport was another proposal: a Northwest Light Rail line. Harriet Gale from Greater Auckland explains.

Just over a week ago Jacinda Ardern announced Labour’s new Auckland transport policy. All the talk was about light rail to the airport, but there were many other components, and the underlying framework, as she said on the day, came from the Congestion Free Network, as developed by Greater Auckland and other groups.

In fact, in one key respect Ardern went further than the CFN, which proposes rapid busways that can be converted to light rail over time (just as the Northern Busway will be, when the question of the harbour crossing is resolved). Labour’s plan includes building light rail straight away, and one of the key routes is from Kumeu in the northwest.

A Northwest Light Rail line will be transformative for this city, slashing travel times and therefore making it more desirable to live and do business in the northwest:

To put that in context, the Kumeu travel time to the central city will be as fast as it currently takes the train from New Lynn. As fast as it takes a peak hour bus from Mt Eden. The northwest will be transformed from an inaccessible area on the outskirts of the city to one of the more accessible parts of Auckland.

Light rail is highly efficient: it will have a feasible capacity of around 6000 people an hour each way. That’s as many people as can travel on nearly three lanes of motorway each way. For most of its length, it will follow SH16.

The service is critical to the task of building thousands more Auckland homes as quickly as possible. To get that done, we will need to build both out and up: the city will spread as well as condense. Auckland Transport predicts the northwest will gain more than 75,000 people and 13,000 jobs over the next 30 years.

For this growth to be feasible, we will need the right infrastructure. The northwest will not be unlocked if the solution is to rely on the motorway. But 28 minutes from Westgate, the epicentre of much of the new growth, sounds pretty good.

The government decision not to build a Northwest Busway – which could have replicated the huge success of the Northern Busway – when it undertook the current widening works on the Northwest Motorway will go down as one of the more shortsighted transport decisions in Auckland’s history. Whatever transport option we choose, we’re going to have to dig up SH16 all over again. Quite soon.

The silver lining – if Labour’s transport policy is implemented – would be that we don’t need to convert a busway, but can now simply build the light rail. Do it once and do it right, and the northwest will get the rapid transit system it deserves. Congestion free, Westgate to the inner city, in 28 minutes. Imagine it.