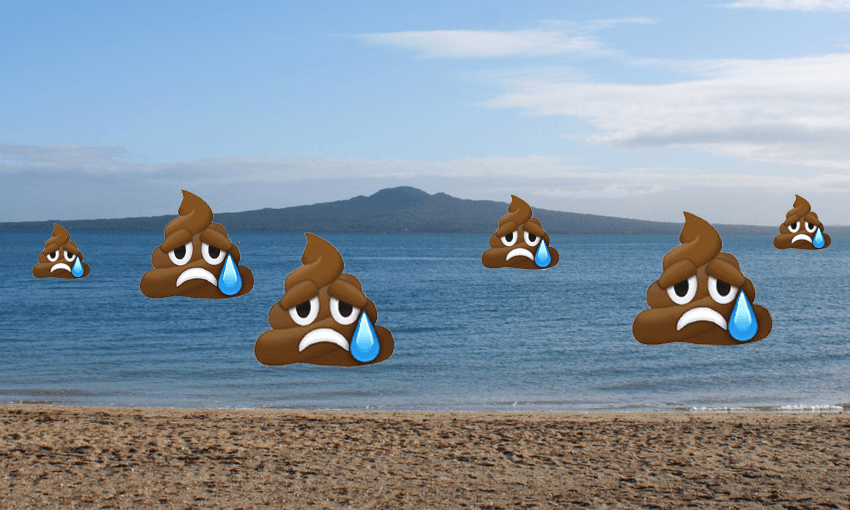 Cheat Sheet: How safe is it to swim at Auckland’s beaches?

Welcome to the Cheat Sheet, a clickable, shareable, bite-sized FAQ on the news of the moment. Today, we explain why swimming at some of Auckland’s best beaches might just be a terrible idea.

So why can’t I swim at the beach?

Gross. Why is that?

Heavy rain basically. The torrential downpour Auckland was battered with last week caused an overflow of sewage and wastewater into the ocean, making it dangerous to swim at dozens of beaches.

Not all beaches. According to the SafeSwim website, there are three Auckland beaches where swimming is currently not advised: Herne Bay, Home Bay and St Marys Bay.

There are also several beaches where no swimming is advised in the long-term, including Cox’s Bay, Meola Reef, Fosters Bay and Armour Bay.

Alerts were also previously issued over the past week for Mission Bay, Browns Bay, Castor Bay, Mairangi Bay, Narrow Neck, Okahu Bay, Point England and St Heliers, although these have now been reversed.

So what’s this SafeSwim thing then? Is that how I can keep track of which beaches are safe or not?

Pretty much. The programme is a partnership between several organisations including Auckland Council and Watercare which aims to provide forecasts of water quality and real-time alerts of public health and safety risks at 84 beaches and 8 freshwater locations around Auckland. The website was launched in November with a new three-level risk alert system.

Woah, how have I never heard of this before?

You’re not the only one. Plenty of Aucklanders are spending time at high risk beaches, unaware of the contamination warnings. It’s why late last year Auckland Council launched the SafeSwim website, which gives water quality information for beaches throughout the region. The council is also introducing large digital signs at beaches like Mission Bay to provide real-time information about water quality on location.

But this contamination issue is just a one-off thing, right?

Ideally, but no. Sewage overflows have been happening on a number of occasions over the last few years. Milford Beach, for example has been closed at least three times since Christmas. At one point, it boasted nearly 15 times the safe amount of faecal bacteria.

Auckland mayor Phil Goff said last week that it’ll take at least a decade to tackle the issues causing dozens of health warnings and no-swim notices around the city’s beaches. He noted there is a scheme in his 10-Year Plan to separate stormwater from wastewater and build a major new central wastewater interception which would help prevent future wastewater overflows.

“A higher population, more frequent heavy rainfall events, will exacerbate this problem and make it worse.”