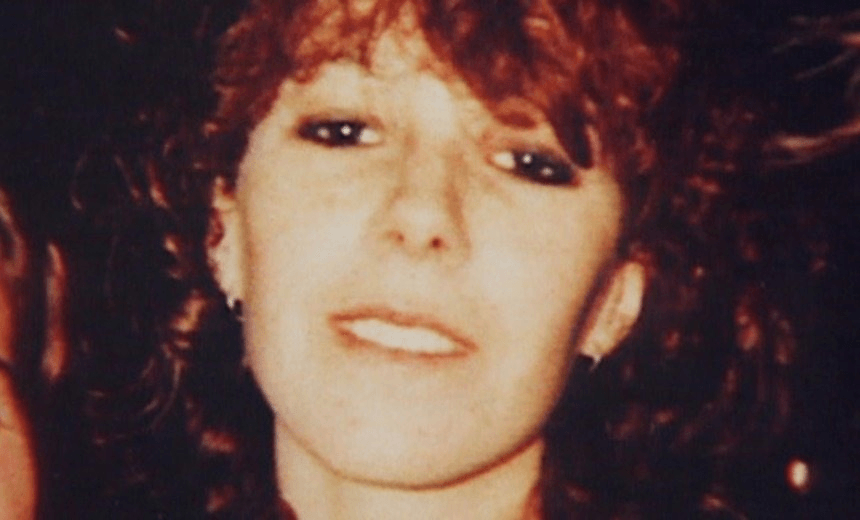 By Kelly Dennett
Guest writer
Made possible by

Sunday Star-Times sleuth Kelly Dennett writes about the true crime book she’s very nearly completed as winner of the 2016 The Surrey Hotel Steve Braunias Memorial Writers Residency in Association with the Spinoff Award. Her prize was $500, pizza vouchers, a free roast meal – and a week’s accommodation at the luxurious and intellectually stimulating Surrey Hotel.

In January this year I said to my partner how much I’d enjoyed Steve Braunias’ The Scene of the Crime and how I wished I could do something like it. As a court reporter I had no shortage of interesting stories to write about, but none of them clung to me the way Jane Furlong’s story did.

Jane disappeared off Auckland’s Karangahape Road in 1993. At the time she was working as a prostitute and police initially thought she’d run away. The more time that went by, the more questions remained about what happened to her.

Quite literally, the possibilities were endless. She was set to testify in three different trials. A client could easily have picked her up off the street and made her disappear. Her boyfriend had a history of violence towards her, and she hung out with a lot of murky characters. Despite her skeleton being found at a Waikato beach in 2012, there are still no answers.

I’d been mulling over approaching Jane’s mother Judith for some time. I’d met Judith through my work as a Fairfax court reporter and after a few meetings she said something like, ‘I wish someone would put it all together and write a book’. She may have even mentioned veteran journalist Phil Taylor’s name as a potential author. I waited some time before plucking up the courage to beat Phil to the punch and asked Judith if she would feel comfortable with me taking on the project.

From the start, the project has been challenging. Piecing together someone else’s life and death over a period spanning several decades, and which is primarily made up of other people’s memories, is hard. Especially when you’ve got a job writing about ghastly crime every day. I began with a serious burst of energy, meeting the key people in Jane’s life and developing a very long list of people I wanted to meet. I quickly burned out after covering two murder trials in quick succession for work. I hit pause on the book, cursing myself for even beginning.

There’s all sorts of funding available to young writers like myself but the truth is I’m too lazy to apply for them. The Surrey Hotel Steve Braunias Memorial Writers Residency in Association with the Spinoff Award was different. It was the brainchild of one of my favourite writers whose true crime book prompted this whole adventure. Secondly, the Surrey Hotel was a key location on the night Jane disappeared. Back in the day it used to be the Talofa Hotel. I distinctly remember Judith describing it as “ghastly”.

I hadn’t told anybody I was writing a book, except my partner and my mum. I didn’t take myself seriously and figured I’d tell people when it was well on its way to the publishers. That all changed when I won the residency award. Suddenly people were very interested in what I was doing. One of my colleagues put me on the front page of the local newspaper. There’s nothing like a bit of pressure to get things done.

I arrived at the Surrey on a Sunday. It was odd to have a protracted goodbye with my partner, to then only drive 15 minutes down the road. I set up camp by pushing a side table up against one of the armchairs. That became my desk. On the couch next to me sat a stack of papers, old newspaper clippings, court files, and five notepads filled with scratchings. That first night I churned out several thousand words, fuelled by the Surrey’s excellent roast chicken.

The next day I had an interview with two key characters in the book. They requested bourbon and pizza to help their memories along and so over several hours we sat in the hotel room, played Sid Vicious, talked about Jane, and ate Dominoes. It was actually pretty fantastic and that small glimpse of Jane’s life prompted another flow of words the next day. There was no way I could have had that interview if I was at work – there is simply no good time to tell your boss you’re leaving at 3pm, with a bottle of Jack Daniels tucked under your arm.

The week progressed. I lined up interviews for most days of the week. On Wednesday I drove to Papatoetoe to meet a woman who had photos and letters from Jane in her cupboard. We ended up discussing murder theories for hours.

On Friday I met the New Zealand Herald’s incomparable Phil Taylor for coffee and we talked about how hard it is to write a book, especially about this case. Phil was one of the first reporters to knock on Judith’s door in the 1990s and was one of the few journalists who tried to capture Jane’s spirit and not just the cliche of her background in his stories.

These are the challenges of this book: People’s memories have changed. I remember talking to one of Jane’s friends about the last time she saw Jane. The second time we met she mentioned in passing that she actually had no memory of that last vision- her family had told her about it and she figured it must have been true.

Some protagonists have died. Some are scared of talking. One person told me: “I won’t be putting my name to this, there’s a murderer on the loose.” Fortunately, he was an anomaly. When you tell people you’re writing a book about Jane, for Jane, a smile creeps across their face and they remember that time they were out on K Road and Jane said this really funny thing!

My room at the Surrey was ideal for writing. One day I closed all the curtains in the bedroom, got into my pyjamas and wrote there all day. Another time I sat on the floor with my back up against the wall and started to write this piece, as a way to beat my writer’s block. On Thursday night my partner called me after not hearing from me for 24 hours. “I thought you were dead,” he said.

By Friday I was beginning to feel like Jack Nicholson in The Shining. Encouraged by advice to read as much true crime as possible, to get a feel for the style, I took out books by Ian Wishart and Mike White, and American author Sheila Weller who profiled the OJ Simpson and Nicole Brown relationship. Perhaps this was to my detriment. Things started to go bump in the night, and at one point I got such a fright by housekeeping knocking on the door that I screamed.

By the end of the week the sun came out, literally and metaphorically, and I’d got into the groove of things. Half way through the week I realised that trying to eke out words during the day wasn’t working and suddenly nights became the best time for inspiration. When I became so sick of reading the same sentences over and over I changed the font of my chapters. It helped.

Seven days later my total word count shot from 25,000, to twice that. My first draft is nearly finished and for the first time since starting I can see the shape and structure of the book forming. I completed far more in the week at the Surrey than I ever thought possible. Lesson one for anyone else trying to write a book: give yourself the time you need. It’s worth it.

Next week at The Monday Surrey Hotel Residency Award Report: runner-up Antony Millen, of Taumaranui, writes of his progress as a writer of young adult fiction.