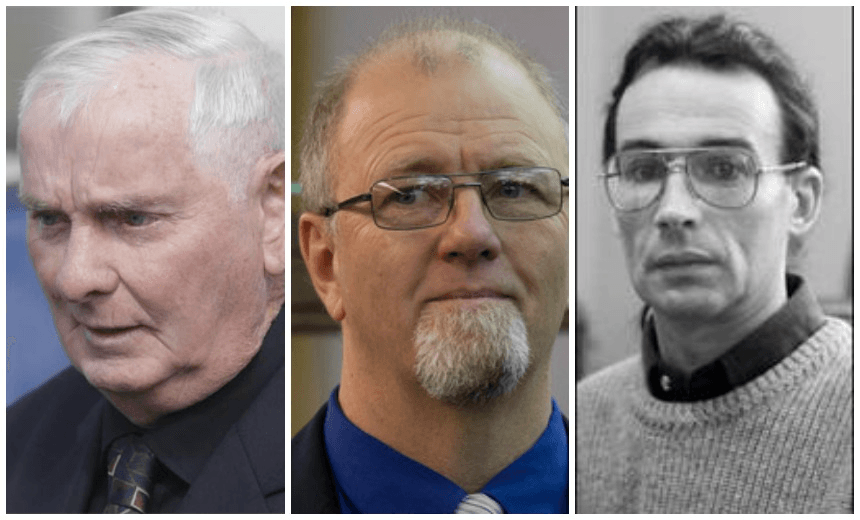 By Craig Sisterson
Guest writer
Made possible by

The Ngaio Marsh Awards have been celebrating the best of New Zealand’s crime and thriller fiction on an annual basis since 2010 – but the long-term plan was always to expand the award categories to highlight excellence in other forms of local crime writing. With more than a dozen local true crime novels published in the last two years, now seems like the right time to start celebrating non-fiction crime writing with its own award.

“A great true crime book has the ability to introduce the reader to something they didn’t know, or even take a case that everyone thinks they know yet still surprise and inform them,” says Scottish author Douglas Skelton. “At its best true crime can shine light into the shadows, can reveal stark truths, can uncover secrets that should not be buried.”

Skelton, who was a crime reporter for the Glasgow Evening Times and has written 11 true crime books as well as six crime novels, is one of the judges for the Ngaio Marsh Award for Best Non Fiction, a brand new category in our local crime writing awards.

“I’ll be looking for a good story well told,” says Jones. “That might seem a little simplistic, but the good true crime I’ve read has the same hallmarks as good crime fiction: an intriguing set-up that makes you want to follow the story, compelling people in urgent situations, a setting you can really grab onto. It’s a fairly loose framework in which to operate, and I’m looking forward to seeing in which directions the contenders take the genre.”

While chairing a ‘Murder in the Library’ event at Waitakere Central Library last month, Jones asked the panel of local crime writers about the books that had influenced them.

Jonothan Cullinane, whose debut Red Herring is in the running for Best Crime Novel and Best First Novel in this year’s Ngaios, mentioned former Metro journalist Jan Corbett’s book Caught By His Past (1996), about South Auckland serial rapist Joseph Thompson.

Corbett was exactly the kind of writer the true crime genre needs, says Jones: rigorous, balanced, and with an eye to depicting all sides of a story.

“Great true crime tells a story as captivating as any novel, and in some ways it can be more powerful because it happened, and because the writer can give a voice to the perpetrator/s, the victims and survivors, the investigators and prosecutors and defenders, and others. The writer can also show that a true crime story often doesn’t wrap up as neatly as a fictional one, and there may be plenty of loose threads and unanswered questions.”

It’s important to present a balanced account when writing about true crime cases, stresses Bainbridge, whose first books, Without Trace (2005) and Still Missing (2008), led to several cold cases being reopened, and inspired the TVNZ series The Missing.

He recalls being contacted by lots of descendants of people written about in his 2010 book Shot in the Dark, which dealt with unsolved murders from the 1920s and 1930s.

“New Zealand is a small country. I learned that no matter how old the case, there will always be someone who will take you to task… People challenged me because that wasn’t how they remembered their great aunt or uncle. It wasn’t until I showed them statements that they realised scandalous events were obviously suppressed down the generations.”

It can be tough for true crime writers to weigh concerns about exploiting the pain of real-life victims (as opposed to writing about fictional victims), with addressing important issues.

“I have been accused of being every kind of prick imaginable by some people and praised for telling it like it is by others,” says TV3 news producer Angus Gillies, who wrote the Ngati Dread trilogy (2008-2011) about the Rastafarian uprisings on the East Coast in the 1980s. “The truth is somewhere in between.”

The events Gillies was recording were extreme and often terrible for the people involved. “I made a decision early on to try to stick as close to the truth as possible. Sometimes I left certain details out to protect sources or members of the community, rewrote incidents more vaguely, or didn’t mention sources I’d used to double-check a story.”

One New Zealand author who’s already tasted awards success with a true crime book is Nick Perry, who co-wrote Scoreboard, Baby: A Story of College Football, Crime and Complicity, with Ken Armstrong in 2010. Perry and Armstrong, then journalists in Seattle, re-examined the historic 2000 season of the Washington Huskies college football team – a season that combined on-field success with unpunished criminality and shocking behaviour off the field.

The book went on to win Best Fact Crime at the Edgar Awards, the Oscars of crime writing.

“A good true crime writer should be engaging and informative,” says Perry, who has since returned to New Zealand. “They need to pick a great story, and their work should touch on themes that are larger than the individual case they’re writing about.”

Bainbridge says he was inspired to become a true crime writer while on his OE in London in the early 1990s, when the reprint of David Yallop’s book To Encourage Others finally led to the posthumous pardon of Derek Bentley for the ‘let him have it’ killing of a British cop in the 1950s (Bentley was hanged, while the person who actually shot the policeman was not).

Yallop also travelled to New Zealand and wrote about the Arthur Allan Thomas case in Beyond Reasonable Doubt (1978), and claims credit for Thomas’s eventual pardon.

For Jones, it’s another true crime book about a miscarriage of justice, one that hasn’t led to a pardon, that’s the local standout of past years: Lynley Hood’s A City Possessed (2001).

“Hood’s research was scrupulous,” says Jones. “She showed how the treatment of Peter Ellis, his co-accused and the children by authorities fit a pattern of child sex abuse hysteria that had parallels in notorious overseas cases, and she showed how so much about crime and its aftermath has to do with the communities in which it takes place. Ironically, it may be one of the best true crime books ever written about crimes that never happened.”

Now the best New Zealand non-fiction crime writing will be celebrated with an award. The new category is biennial; books by New Zealand authors published in 2015 and 2015 are eligible for the inaugural prize. While most entries are expected to be true crime books, the award is also open to non-fiction works of crime-related biography and crime-fiction guides.

One of colonial New Zealand’s most notorious crimes, the brutal murder spree of the Burgess Gang, is examined by Wayne Martin in Murder on the Maungatapu (Canterbury University Press). David Hastings crafts a whodunit turned whydunit in the 1880 hunt for a murderer in Taranaki in The Many Deaths of Mary Dobie (Auckland University Press).

Three of New Zealand’s most notorious modern cases are covered by other contenders. The astonishing miscarriage of justice that befell Teina Pora, who spent 21 years in prison for rape and murder, is detailed by Michael Bennett in In Dark Places (Paul Little Books). Lee-Anne Cartier shares her arduous fight to convince police that her brother had been murdered by his wife, rather than committed suicide, in The Black Widow (Penguin).

Another high-profile, controversial murder case, that of Mark Lundy, forms the centrepiece of Steve Braunias’s collection of true crime tales in The Scene of the Crime (HarperCollins).

Jones, who has judged our country’s best crime fiction the past two years, hopes this will be just the start of recognising our best non-fiction crime books. “New Zealand has seen some weird and wild crimes, and we haven’t even scratched the surface of what could be written about. There is real value in true crime, too – Teina Pora is free because of, in the first instance, the relentlessness of a trio of investigative reporters, and when you look at the trajectories of some of our most infamous cases, you see the power of true crime writing to alter people’s lives.”

Entries are now open for the Ngaio Marsh Award for Best Non Fiction. The winner of the new award will be announced, alongside the winners of the Best Crime Novel and Best First Novel categories, at a WORD Christchurch event to be held later this year. The finalists for all three awards will be revealed in August.