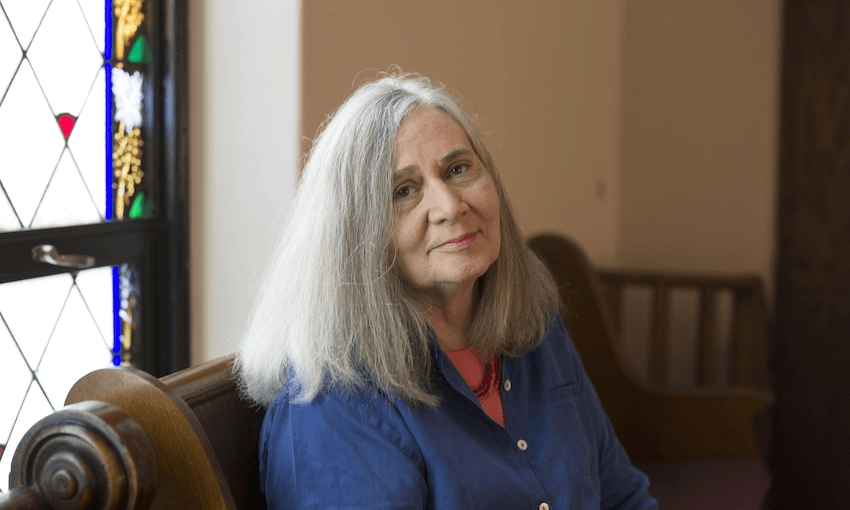 Deprogramme yourself: Author Marilynne Robinson on seeing beauty in everything

Ahead of her appearance at the Auckland Writers Festival, the much-loved Gilead author talks to Sam Brooks.

I came to Marilynne Robinson after the world seemed to, like walking into mass after the homily. The Pulitzer Prize-winning author had a critically acclaimed hit in the 80s with Housekeeping, but it was her 2004 novel Gilead and her subsequent championing by president Barack Obama that really brought the gentle, faith-filled author to international attention.

It was Gilead that got me into Robinson, too, only last year. It is an epistolary novel taking the form of one long letter from Reverend John Ames, an elderly pastor in the small town of Gilead, Iowa (the town is fictional, and absolutely nothing like the one from The Handmaid’s Tale). To me the book exceeded its own hype and acclaim. So many books make the best-of lists in December, only to disappear from the public consciousness by January. Not this one.

Robinson’s subsequent books – Home, Lila and Jack – are all set in Gilead and each picks up on a different character in the town: another Reverend, Robert Boughton; John’s second wife Lila; and Robert’s wayward son Jack.

It’s the last of these novels that sits closest to my heart. It opens with a tender, tentative scene as Jack, having just drifted back into a familiar town, walks through a graveyard with Delia, a Black teacher who has an inexplicable fondness for him. It has dialogue better than any play I’ve read in years, and Robinson captures the sense of being with someone who immediately feels like they hold the world inside every breath, and the tragedy of knowing that you can’t be with that person forever.

Take this passage. It’s from late in the novel, by which point any sort of permanent happiness between Jack and Delia is universally regarded as impossible, yet they retain some sort of hope:

It will be made up entirely of stolen minutes and hours every now and then, for years and years and years, and we will pity all the people whose lives are diluted with time and habit and complacency and respectability until they can savour the best pleasures – we will live for a month on just passing in the street.

Even though Robinson is a devoted Calvinist – and in her work there is a clear sense of the religious – the artist she most closely reminds me of isn’t someone I’d associate with Christianity, or any faith at all: Hong Kong filmmaker Wong Kar-Wai. The links are not necessarily in the content, but in the way both approach their characters and the world that surrounds them. They cloak their subjects with tremendous grace, an armour that protects them from the world.

Put simply: Marilynne Robinson writes sentences that are so beautiful that they seem to deprogramme you. After reading her books, you forget that the world can be an unfair place where bad things seem to happen at random, for no reason at all. She has been teaching creative writing for 30 years; I can only imagine what it feels like to sit in one of those classes.

Ahead of the Auckland Writers Festival, where she’s running a workshop and taking part in a panel, I asked Robinson about the changing role of a writer, the place of beauty in her work, and what recent trend in writing she really doesn’t like.

The Spinoff: Do you think the role and practice of being a writer has markedly changed in the past few decades?

Marilynne Robinson: This is a hard question to answer because the contemporary literary cultures of different countries vary. One major difference between America and Europe in this regard is that in the US very new books and writers can be taught in university by any teacher who finds them interesting. The writer might be invited to read or speak to the students. And many writers teach literature or writing in the universities. This has been true for decades, but it is always truer to the point of qualitative change. This can give students a livelier sense of what writers are and how books are made than other systems can do. It also tends to demystify writers. This is something most of them appreciate.

Related to this is the fact that there are very few stars, no Hemingways, Mailers. There is a huge outpouring of books every season, and no name stays dominant for long. We have a diversity of voices that reflects our population, and this means that new things are being said. This is certainly a new role for the writer, who might be offering a testimony rather than launching a career.

When you’re teaching writing, is there an obstacle that you’ve found common amongst your students?

Often they try to write in the style of whatever book has recently made an impression on the reading public or has been admired by people whose admiration they would value. Most damaging is the thought that a writer has to mimic the latest thing in order to be published. It is hard to believe, yet true, that there are a seemingly infinite number of truly distinctive voices possible and among them the writer can find her own. This is where it all begins.

As a writer yourself and also a teacher, how would you define a writer’s “voice”?

Music, cadence. Then what his vision is, what in the field of the possible falls under his gaze, since objects and details also have their tonalities.

The idea of beauty and its appreciation recurs in your work a lot, but I’ve never heard you write on or speak about the concept of ugliness. Is that something that you have any thoughts on, whether as its own concept or in relation to beauty?

I find few objects really ugly, not to be redeemed by a change of context or light. Ugly actions, of course, are just plain ugly.

Your books are tremendously accessible even though they deal with ideas that we might not necessarily engage with on a daily basis, whether we’re religious or not. Do you ever consider accessibility when you’re writing, and is it something that you think writers should consider in general?

My main concern is to be respectful always of my reader’s intelligence. I tell my students always to assume the reader is a better person than he or she is. I tend to assume that good prose simply is accessible, and that condescending to the reader obscures meaning.

Is there a recent trend in writing, or amongst new writers, that you personally or professionally take a grievance with?

I don’t like violence. Sophocles, Euripides, Shakespeare, Homer – their works are full of violence, but it is dramatic, not sensationalist or voyeuristic. Pitiful violence, the kind that is meant to keep those pages turning, is the recourse of the writer with nothing on his mind.

In other interviews, you’ve spoken a lot about how you find comfort in loneliness – do you think after a year in lockdown, the general public perception and experience of loneliness has shifted?

I think the perceptions of many things can only have shifted. There are many people in the world, as there always have been, who cherish solitude for contemplation. The mind is a great companion, given the chance to show its best side, and for many people now it is truly a luxury, a rare thing they have enjoyed even to excess. Other people find it tedious and difficult. Now we have some idea who belongs to which tribe.

Jack, by Marilynne Robinson (Hachette, $37.99) is available from Unity Books Auckland and Wellington.