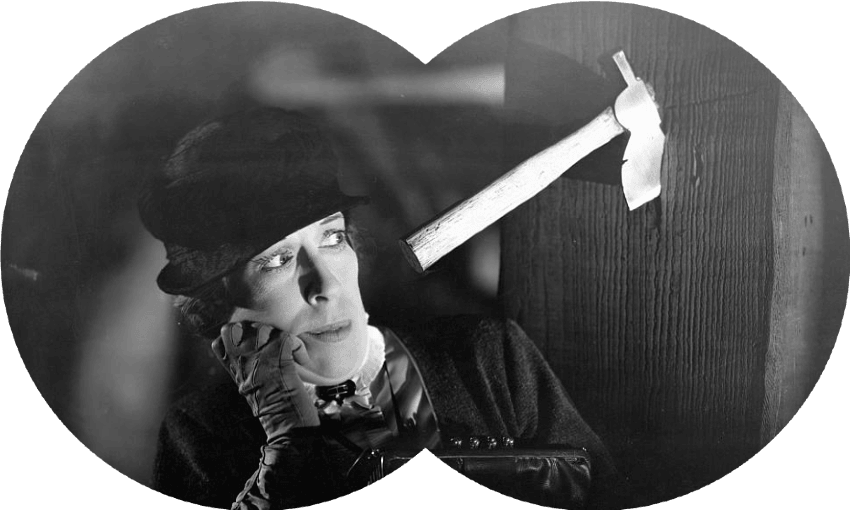 Edna Oliver May in Murder on the Blackboard (1934) (Photo: John Springer Collection/Getty Images)

By Erik Kennedy
Guest writer
Made possible by

Edna Oliver May in Murder on the Blackboard (1934) (Photo: John Springer Collection/Getty Images)

When you open up to yourself later,
in your axe-less leisure,
you think in the genre of flashbacks,
a counterfactual throwback attack flick,
the shock of what might have been.

The ridiculousness of the scene
was . . . ridiculous. A high, unstable man
promising to sort me out,
me hurrying out into the bitter, brambly night,
haring along, hopping a fence to safety.

I was panting like a treadmill with heart disease.
The only thing more ridiculous
would have been my corpse’s essences
oozing into the soil.
Un-accidental axe ooze.

It can only happen once, your axe murder,
and it’s impossible to be prepared,
to put your affairs in order,
which puts it in the same category
as other things so horrible

you’re certain they could never happen twice,
like blackmail or heartbreak
or malaria or your house burning down
or missing a Christmas Eve flight
or thinking the world’s all wrong, and being right.

The Friday Poem is edited by Chris Tse. Submissions are currently closed and will open again soon.