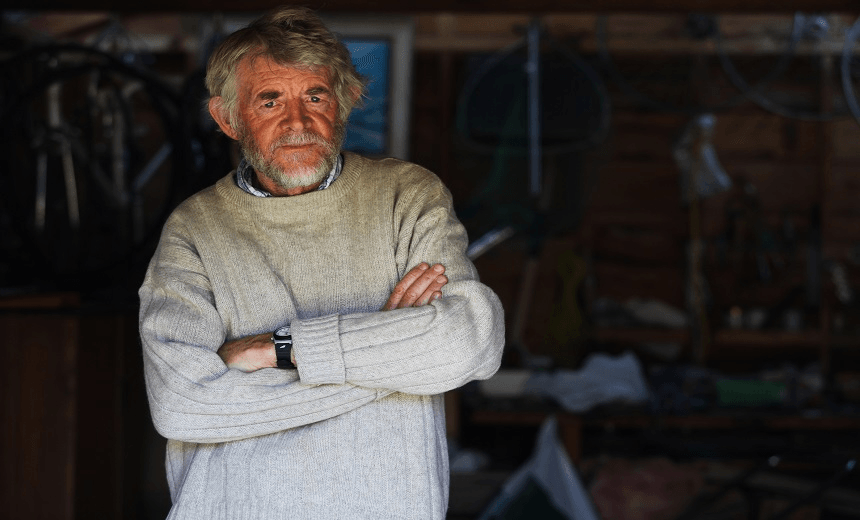 Books: The Year of Brian Turner

By Brian Turner
Guest writer
Made possible by

A couple of days ago I met a bloke at the café by the Hayes Engineering Works about a kilometre down the valley from my small house in Oturehua, in the Ida Valley, Central Otago. I hadn’t seen Max Presbury, or chatted to him, for years, decades actually. A mob of us, including Max, Stu Melville, Brendon Pauley, Dave Gerrard, Jo Hansen, Mark Henaghan, John Dean and others, used to run together from the Dunedin Hospital in North Dunedin most lunch hours. Round Logan Park, through the upper Botanic Gardens, round Woodhaugh and back to the hospital we charged, thundering down George Street and back into Hanover Street.

They were an interesting bunch: Gerrard, previously a top swimmer turned an academic; Melville and Pauley outstanding athletes on track and road; Hansen subsequently became a judge and Henaghan a law professor, and was an Dean an optometrist, and so on…

That was back in the 1970s, what seems, now, an awfully long time ago. Since then I’ve floundered a lot, gone off in all sorts of directions – some stupidly – before crash-landing in Oturehua, (pop? let us say about 30) in the so-called ‘middle of nowhere’, in 1999.

I was born in Dunedin in 1944. My father was ‘absent’ because, as he put it, he was away ‘fighting the Hun’ in far off places. He came home in 1945. I wrote about my childhood and youth in southern New Zealand in Somebodies and Nobodies which ends with my leaving the south and going to work in Wellington in about 1969. It’s a book I’m fond of, glad to have written. I’ve sometimes thought of writing about what’s happened since but that’s looking less and less likely. Time’s wing’d chariot and all that. I simply see myself as lucky still to be alive.

When I look back I see that I have done things, experienced things, that I wouldn’t have thought possible. But now, increasingly, the past is a foreign country, and I don’t have a passport to it anymore. I live day to day, take nothing for granted, work hard and play whenever I can. By ‘play’ I mean fishing, bike riding, gardening, socialising, and so on. There’s a lot of socialising, community activity generally. I know contractors, farmers, drivers, writers, artists, craftspeople, café owners and chefs, musicians, hoteliers, moteliers and tourism operators, and so on. The Central Otago Rail Trail passes through the town and I often meet some of them down at the store, the hotel or on the trail itself.

I spent most of the first six months of this year writing a new book, Boundaries: People and Places of Central Otago – launched in the presence of over 100 people from town and country in the local hall. What a launch that was! Red carpet, bunting, singer-songwriter-guitarist Graham Wardrop, and the best variety, quality and quantity of food and wine of any launch I’ve attended anywhere! I’ll write it up one of these days.

Boundaries has interviews I did, guest contributions, essays and poems of mine, and lots of splendid photographs taken by my friend Steve Calveley, a ‘semi-retired’ doctor from the Auckland region. He and Margot built a house 2km down the valley from Oture.

I also spent a bit over two months this year in England visiting my son Andre, his wife Tree, and friends. Jarrad and Barbara Murray took me in for a few weeks, samaritans that they are. I’d hoped to go to Spain and France for a bit but caught a bug and was crook for a lot of the time. In London I did what I’d done previously, saw some shows, visited museums and art galleries, yarned with and attended Anton Oliver’s sumptuous fortieth birthday party, read poems with Andre, Paul Birtill and others in the little Peace Garden by the entrance to the Heath at South End Green, and so on.

I met the fiction writer Kirsty Gunn a couple of times and heard her discuss aspects of Katherine Mansfield’s work, especially how she was influenced by her time in Wellington. Gunn’s engaging, good company, lives up in Scotland, teaches both in London and Dundee, frequently commutes back and forth by train from the north. Struck me as an arduous, high-pressure commitment.

I wrote several new poems when in London, walked for miles, rode a borrowed bike around the place and regularly frequented a café in Queen’s Crescent run by North Africans.

When at home in Oture, I often go for a ride on my road bike, a yellow Reiker. Sometimes – though not yet, this season – I take part in road racing events conducted by the Central Otago Wakatipu Cycling Club. Much time, also, is spent on environmental issues – submissions, letters, meetings, and hearings. I first got involved in environmental campaigns about 40 years ago around the time of the Save Manapouri uprising, then in efforts to prevent a large aluminium smelter being built at Aramoana, the entrance to Otago Harbour. If you’d told me then that we’d still be working at laying waste to the natural environment in New Zealand in the way we are I’d have said, ‘No, surely not.’ We continue to be an obstinate, destructive, unethical lot, if we can get away with it. And all of us are guilty – me included – to some degree.

Worldwide we’re systematically destroying much of our natural heritage in the name of ‘progress and development’. New Zealand’s no different. What passes for ‘development’ often results in degradation or destruction. And, a lot of the time ‘change’ and ‘progress’ are presented as one and the same. They’re not.

Politically, as I see it in New Zealand today, we are governed by followers not leaders, those who won’t accept, or fail to understand, that there are limits to what we call ‘growth’. Ignorance, apathy, wilful blindness, greed and so on, pervade our lives. The neo-liberal pandemic which spread in the 1980s is still with us.

In my view there’s a lot of truth in the allegation that my generation, the so-called Baby Boomers, is largely responsible. I see my lot as the most self-satisfied, self-congratulatory and materially well-off generation ever. Thus far, too few of the BBs’ children have woken up, and therefore they share the same sense of self-congratulation and entitlement that their parents display. You’d think rational people would see the sense in, and adopt, a precautionary approach when it comes to that upon which all life depends, the natural environment.

But no, despite talk of the importance of legacy and heritage, most of us still act as if we believe we’ll be dead and buried before the worst arrives, so what the hell.

We could choose to alter course, accept that what we as a people are able to do is one thing, what we ought to is quite another. But how one alters the collective consciousness of a nation in ways that prick our conscience and compels us reconsider, and to change course, I don’t know.

Want to talk about, raise and discuss what our preoccupation with certain sports, rugby and league in particular, tell us about our behaviour and attitudes to life in general, and to nature itself? I think we ought to have that conversation, and soon. Now that Richie’s not playing footy – he is clearly talented and savvy and resolute – it would be heartening to see him figuring in the wider conversation. For example, in an effort to persuade people that life’s not all about us, but actually, and crucially, about what’s all around us, in the rivers and oceans and forests and grasslands and atmosphere and what we’re doing with and to it.

Is this too much to expect?