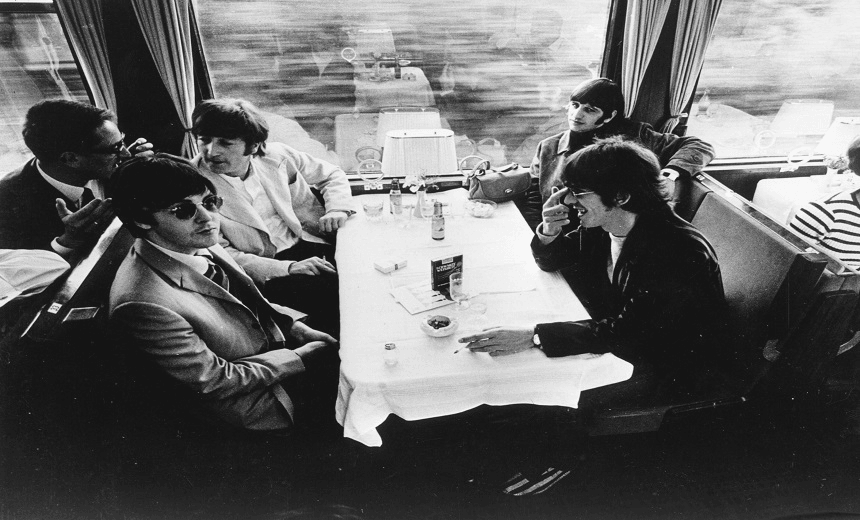 David Bowie died while I was reading this book and there was a sort of clearly unintended irony in the fact that the biggest musical event of 2016 will be the passing of arguably the last remaining still innovative wunderchild of pop’s Beat Generation, a creative artist whose flowering in the early 1970s somehow gathered together all the promise seen in 1966 – a Year Zero of pop, as analysed by Jon Savage in his new book.

I first encountered Savage when he was a young writer in 1977. We were contemporaries of sorts, as in we were much the same age, although he was a writer for one of the holy trinity of UK weekly pop mags that we fervently craved and I was an aspiring punk a million miles away and unknown to him. That he wrote for the poor relative in the trinity – the more brutish Sounds – mattered not. He was the only reason we purchased it, and he sat comfortably with the very best of the NME’s gilded gathering – the likes of Nick Kent, Charles Shaar Murray and Danny Baker.

We could even forgive them Julie Burchill and Tony Parsons, although it was that pair who shouted in print (obnoxiously of course) that the only records you ever needed was the first three Sex Pistols singles – and everything on Tamla Motown. It was an absurd statement but we got what they meant, and the implied immense cultural import of the hallowed 45rpm 7-inch single.

In 1977 and 1978, 1966 as a year cast a hefty shadow. 1966 was the end of the 45 as the defining delivery medium of popular musical. It was the end of the beat boom, the end of pop as we knew it, but was also the era of Tamla Motown’s grand slams with the likes of The Supremes, and The Four Tops’ towering ‘Reach Out’, of Otis and Atlantic and those last great Rolling Stones and Yardbirds singles, of The Seeds and ? And the Mysterions, all of whom were precursors to the Sex Pistols whether they (Lydon et al) understood it or not. It was the year when Pet Sounds, Revolver and Dylan wrecked it for everyone with their ‘albums’.

Thus it makes some sense for a writer who defined himself in the moment when pop culture tried to reclaim the 45, and one who also penned the only truly great UK punk book (England’s Dreaming), to step back to what was at best a traumatic year and try and make some sense of it all.

Except he doesn’t really end up finding that sense, and that is this book’s strength and its flaw. It’s a document of social and political clashes, explosions, trauma and contractions, tied together by song, that asks the reader draw their own conclusions – if they can – from the turbulence of 1966 (the year). That left me left me somewhat dissatisfied after an exhausting 550 pages of intense events, music, movies, books, essays and often violent conflict. 1966 (the book) offers detail, pre-analysis and yet the writer finishes, obviously intentionally, with a void.

And let’s be clear too, this is a book about the UK and USA, and by association a little of Western Europe and Australasia. Women’s rights did not improve markedly in much of the world, nor did LSD impact villagers in South East Asia, unless you consider the way it wrapped itself around the war in Vietnam. History, most especially popular history, remains largely western-centric and problematically 1966 adds to this by its failure to define its subject’s boundaries.

The boundary that Savage does explore is the effect on the planet of 20 years of a nuclear autumn. The threat of instant death was something that was not only real but ever-present, accentuated by the Cuban missile crisis of 1962 and missile proliferation. Savage writes, ‘All the dystopian visions that had swirled around the world since 1945 were revealed not as the paranoid nightmares of science fiction but as prophecies.’ Nothing creates an air of do-what-you-will more than the almost universal acceptance of the impeding demise of your species. It allows things to percolate that, in more comfortable times, would be treated with more caution. The intensity and speed of change documented in this book could only exist in such times. Pop music in 2016 sounds much as pop music did in 2010. 1966 gave us Pet Sounds; 1960 was ‘It’s Now Or Never’.

1966 takes the Western year apart month by month, superficially built around a dozen or so either musically essential or socially instructional songs of that year, plus a supporting cast of many more (the discography in the back is both an inspiring catalogue, and should be seen as integral to this book).

While a song as odious as Sgt Barry Sadler’s ‘Ballad Of The Green Berets’ may seem like an odd choice as a monthly focus (March), it does perfectly illustrate the social and political trainwreck that the US was struggling through (it sold millions of records – far more than any other record in America that year) and is perhaps no more ugly than the distant alternative, Andy Warhol’s cynical avant-pop circus which at least gave us the magnificence of The Velvet Underground, who also released that year for the first time, but sank without trace.

1966 was the year that teenage expenditure in the US surpassed the GNP of South Africa. It was the year when both the civil rights and Vietnam protests exploded in the US, both physically and in musical art. It was the year when songs stopped being songs about girl meets boy, when two minutes was no longer after enough to say what the culture’s leaders, The Beatles and Bob Dylan (who also fed off each other), said was possible in a song. When women, for the first time in pop, decided what they would sing and what it would sound like (Dusty Springfield both chose her own magnificent songs but also oversaw their powerful but controlled sound).

Now it required progression, and in the pop maelstrom of a single every three months you had just 12 weeks to come up with a record that furthered the pop revolution. Those that failed, no matter how important or provoking their last single, were quickly cast aside. The Rolling Stones and The Yardbirds – both flagbearers of pop revolution in early 1966 – were slight purveyors of insignificance by October (the Stones would have their moment as album artists in 1968-72 but The Yardbirds never mattered again). Only the soul acts were given a lyrical pass with the key players delivering records of such intensity that the words were just a vehicle.

So where does it end? It’s left to the reader to move to the collapse of the pop revolution and avant-garde optimism, to the brief burst of Sgt. Pepperism before the path inevitably led to Alamont, to the assassinations and implosions of politik Amerika, to 1968 in the Sorbonne, to Nixon and the Tet Offensive.

In the end, perhaps vacuously, we are left with Pete Townshend’s confused public plea in December 1966: ‘It needs The Beatles … to sort things out.’ It did and it really didn’t and if 1966 (the book) left me with anything it was an impression of how much happened in that one brief year, how much that mattered and changed everything thereafter was chaotically compressed into a still-perplexing 12-month period. Savage is a engrossing writer and 1966, for all its detail and length, is a compulsive page-turning volume, but ultimately one that left me wanting a few more pages at the finish beyond a description of a NYE gig at the Fillmore and ‘By then it was 1967.’