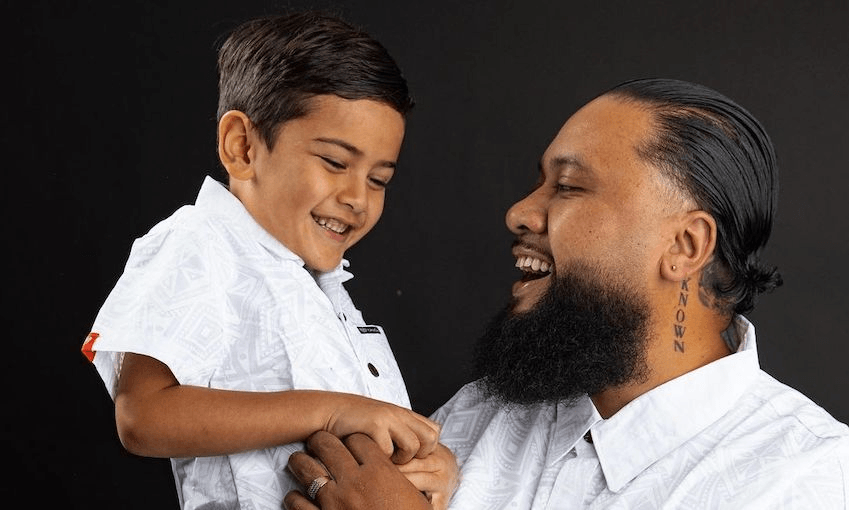 She is Not Your Rehab: A book that’s a roadmap for the hard work of healing

By Anissa Ljanta
Guest writer
Made possible by

I grew up in Samoa and South Auckland. A daughter in a long line of sensitive alcoholics. Two of my classmates wore their father’s fingers bruised into their flesh. I was just growing breasts when we fostered a teen who needed refuge from sexual abuse.

She is Not Your Rehab is a global movement that began from Matt and Sarah Brown’s Christchurch barber shop. They’re on a mission to create violence-free communities by influencing culture around domestic abuse and unhealthy ideals of masculinity. I’ve followed their work for years. I was always going to cheer their book on.

So, disclaimer: I wanted to like it. I’m also a recovering literary snob and a closet connoisseur of self-help books so when I agreed to review the book it was with trepidation. I dreaded thinking it was badly written, preachy or judgey. Feared it would lay out prescriptive instagrammable fixes to trauma or that it would be triggering. It was none of the former.

Rising between the gut-punch stories of things no child should ever know, is hope, and a customisable road map to a better place.

There’s a catch. The way through is the emotional equivalent of an extreme ninja obstacle course I saw once on American TV. Healing is messy. She is Not Your Rehab, the book, is confronting.

Don’t be thinking it’s just for the menfolk. This is a book with something for everyone. Abuse plays out across all wealth brackets and professions. It’s in every suburb. Brought to life by those in suits and hoodies, Docs and bare feet. I’ve lived next door to it twice. You probably have too.

I was hanging out for the review copy The Spinoff had popped in the post. But one day I found the empty post bag in the bush by the letterbox. Of all the ironic things: someone stole Matt and Sarah Brown’s book. I had to resort to reading the PDF, not the same experience as holding the book in my hands, but I still cried.

I suggest not reading it in four busy days like I did. The equivalent of a year’s worth of free therapy is mapped out in there. Rushing could be bad for your mental health. Like Matt says, there are no quick fixes.

It felt a bit pervy reading something written by a man, for men. Matt quoting all my top shelf thinkers and writers helped, opening with Brene Brown (who Matt calls his white mama, given they have the same last name) and following on with bell hooks, Maya Angelou, Gabor Mate, Rumi, Elisabeth Kubler-Ross.

Matt’s name headlines on the cover and the book is written in his voice. Sarah, Matt’s wife, is co-author and her presence is a strong one. Against stiff competition, she wins my prize for the best one-liner. “You can’t put icing on bullshit and call it a cupcake.” My kind of woman.

She was up against some gems.

Cycles repeat until one person has the courage to say: “This shit stops with me.”

Someone can hear you but not agree with you.

Wise. Yet these two keep it real.

One of the chapters is about forgiveness, but not the placatory variety. Matt talks of the messy, complex forgiveness that does not condone abuse but allows a person to move on. To not forgive allows the abuser to still have power over you, years on. A survivor of sexual assault and domestic abuse, I know this.

Once, late at night in a New Jersey supermarket, I was grocery shopping with my hair stylist boyfriend. I was 22. We had met backpacking in Greece, and I had moved across the ocean to be with him. Let’s call him Sammy Johns. He was gentle and kind and we were beautiful in love. Sammy and I had just set up house in an apartment in Upper Mont Clair. We were living the dream. Until 10.35pm that night when Sammy exploded and threw our trolley clear over the supermarket shelves to smash into the next aisle.

I remember flinching at his words, the suspension of noise as the cart flew and the way my body felt distant. I remember standing there in shock watching him storm off. I remember the store manager running up and saying “Ma’am, ma’am, are you hurt? Did he hurt you? Ma’am, we’ve called the police.”

I remember thinking how strange it was to be called “ma’am” at 22. I remember the tears and the apologies and his promises to never do it again.

Two weeks later I barricaded myself in our bathroom while he raged. Crammed into the tiny space under the sink, desperately hoping the door would hold, wondering how the hell I had gotten into that situation. I don’t remember what the triggers were, and it doesn’t matter, it was always something small.

I left Sammy after the cowering in the bathroom episode. Turned out that he had grown up with his dad’s violence and said he honestly, truly, had not known it wasn’t okay. That was an eye opener.

At least the extreme physical threat of violence was a clear line. The emotional and financial abuse later in my life was more insidious.

I became a statistic.

Aotearoa has stinkingly bad domestic abuse statistics. Some of the worst. Matt goes there on page 204, “One in three women have experienced physical and/or sexual intimate partner violence in their lifetime. That statistic goes up to 55% if you factor in emotional or psychological abuse.”

Numbers are cold, sterile things. If you step back and imagine the living stories of those affected and the healing needed from such trauma, those statistics come shamefully, staggeringly, to life.

I have never understood why the word “healing” has such a woo-woo stigma stuck to it. Healing is no white-robed hour of burning incense. That shit is hard.

Matt dispels the fuzzy unicorn stereotype of healing in this book. He goes full disclosure. No holds barred. He talks about the abuse in his family, his addiction to pornography – where and why that started and how it’s possible to come through it and why you should – he runs us through a feminist unpacking of his beloved Tupac’s lyrics, feeling suicidal, and shares the hard slog of his healing.

I want to send up a protective shield of cotton wool to wrap around Matt and Sarah as this book heads out into the world. Damn, those two are brave. The scene in his and Sarah’s bedroom where Matt shares his struggle around physical intimacy and how love won just about broke me.

I started out thinking the She is Not Your Rehab book was for men stuck perpetuating cycles of domestic abuse or recovering from childhood trauma, which it is, but it dawned on me about halfway through that it’s also a handbook for healthy relationships and family life. Everything, and I mean everything, that I have heard women talk about regarding what frustrates them in relationships is covered.

Here’s what Matt had to say about his experience of childcare, learning, cooking and cleaning during Aotearoa’s big Covid lockdown. “That was when I think I truly grasped the magnitude of the role that, for generations, has been seen as ‘secondary’ or ‘menial’ or – to some – like ‘a perpetual holiday’. In fact, it’s an unpaid, full-time job, with no days off, where you are responsible for the wellbeing and survival of those in your care, but where this relationship is not reciprocated. Any relationship where you endlessly give with very little receiving will have a high potential for burnout.”

He goes on to explain emotional labour (be still my heart) and then comes out with this line: “For those Brothers who think their full-time job entitles them to a free pass around the house, I invite you to think again.” In my world, that is some sexy talk.

Without judgement and spoken from the trenches of manhood by a man who has done, and continues to do, the work of healing alongside his kick-ass, healthy-boundary-enforcing partner, She is Not Your Rehab is an invitation to heal. To really live, to accept the opportunity to co-create a relationship and be there for your kids.

The relationships in the book are all heterosexual, and although I know the value and importance of representation (I’m queer, that goes with the territory), it’s also clear to me that this book is exactly as it needs to be to reach those who need it most. Love is love. Just take what you need. I did. I hope the person who stole my copy out of the letterbox reads it and does the same.

She Is Not Your Rehab: One Man’s Journey to Healing and the Global Anti-Violence Movement He Inspired, by Matt Brown with Sarah Brown (Penguin, $35) is available from Unity Books Auckland and Wellington.

The authors will appear at Christchurch’s WORD Festival next month, speaking with James Nokise about the book, the movement, “his own journey of healing, and what it might take for a generation of men to break cycles of abuse.”