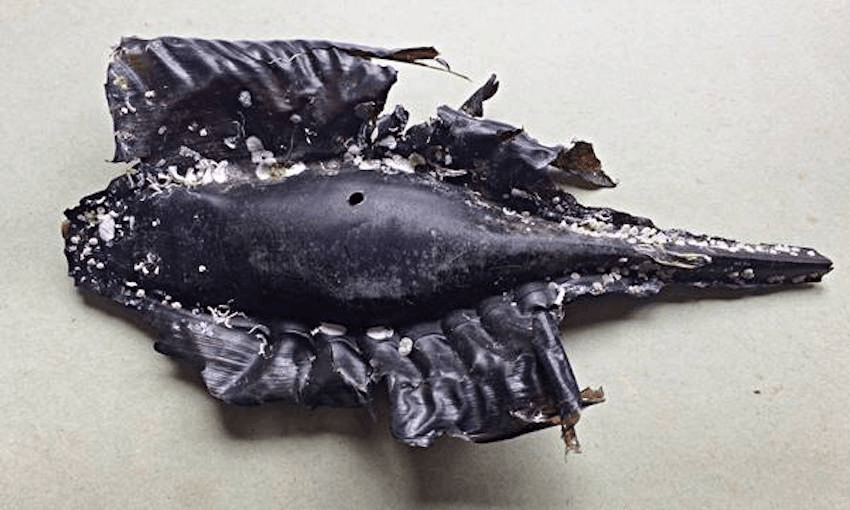 An empty egg case of the elephant fish Callorhinchus milii, battered by the tides and encrusted with crustaceans and other animals. This egg case was found in Rona Bay, Eastbourne, by the author. Photo: PAMELA HYDE

The Monday Extract: A perfect day for elephant fish

By Pamela Hyde
Guest writer
Made possible by

An empty egg case of the elephant fish Callorhinchus milii, battered by the tides and encrusted with crustaceans and other animals. This egg case was found in Rona Bay, Eastbourne, by the author. Photo: PAMELA HYDE

A charming extract from a new book on the great 19th century naturalist Henry Suter.

In December 1896, Hugo Schauinsland, director of a newly opened natural history museum in Bremen, travelled to New Zealand and called on Suter at his home in Christchurch. Schauinsland provided him with his desiderata and Suter did his best to oblige, finding himself collecting items that were at times inconvenient and risky.

Particularly inconvenient was the collecting of embryos of the Callorhinchus milii, the elephant fish located in the South Pacific and Antarctic Basin. Schauinsland had an interest in the life cycle of this unusual looking fish, which belongs to the same group as sharks and rays, and has a skeleton composed of cartilage rather than bone. From spring to autumn, adult elephant fish migrate inshore to estuaries and bays, and females lay their eggs on sandy or muddy substrates. The eggs, contained in large capsules, were what Schauinsland wanted.

Suter scoured the Canterbury shorelines, particularly New Brighton and Sumner beaches, waiting for the currents to bring fertilized elephant fish embryos to shore. He kept a short diary of his 12 collecting trips between October 1898 until February 1899, noting he dispatched several embryos via the Ruahine in December 1898 and another consignment in February 1899 on the Rakaia.

This work was tedious, frustrating and time-consuming, not to mention the south-easterly gales he had to contend with. Searching for embryos was time away from his own research and writing, and he resented this, but was resigned to the reality – this was paid work. He preserved the embryos in alcohol in various stages of development and sent them to the museum in Bremen for anatomical study and museum displays.

An extract from Colonial Naturalist: Henry Suter’s Life of Discovery and Hardship in New Zealand by Pamela Hyde (Sphenodon, $35), available at Unity Books.