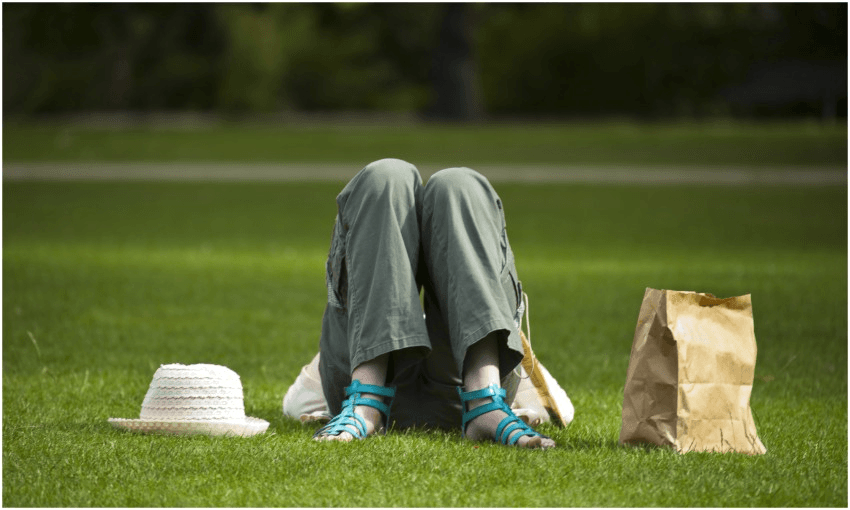 Ten years ago, reading in the Christchurch Botanic Gardens (Photo: EyesWideOpen via Getty)

The Unity Books bestseller chart for the week ending October 30

Ten years ago, reading in the Christchurch Botanic Gardens (Photo: EyesWideOpen via Getty)

1  Into the Magic Shop: A Neurosurgeon’s True Story of the Life-changing Magic of Compassion & Mindfulness by James Doty (Hodder & Stoughton, $38)

Pop psychology sort of thing, published in 2015. Kirkus Reviews said at the time: “In this well-meaning hybrid of inspirational self-help book and memoir, the author applies scientific investigation to the example of his life story, proving that you can overcome adversity and achieve meaningful success and enlightenment by embracing compassion along with focused willpower.”

A few years later the book was abruptly dragged into the slipstream of K-pop band BTS – it inspired their 2018 song ‘Magic Shop’, and when that was revealed sales duly spiked in Korea.

It’s at number one this week thanks to a single mammoth order. Maybe your boss is giving it to you for Christmas?

2  Aroha: Māori Wisdom for a Contented Life Lived in Harmony with our Planet by Hinemoa Elder (Penguin, $30)

“Aroha is a divine feeling. It is strong and it is never-ending. It comes up out of the ground. We feel it in the warmth of our marae, and with our ancestors, in the places they walked, swam, loved. This ancient love is tangible. We breathe it. We activate and reinvigorate it when we use our pepeha.”

Counterpoint: property managers. Most of them anyway.

“I have been singing the praises of cauliflowers, tomatoes, lemons and the mighty aubergine for years. But while it’s my mission to present vegetables in new and exciting ways, I must confess to a niggling doubt: how many more ways are there to roast a cauliflower, slice a tomato, squeeze a lemon or fry an aubergine?

The answer, I’m delighted to report, is many … ”

“The whole novel has the air of a skilful exercise designed to confront depression and anxiety. What’s the best that could happen in your life, and what’s the worst? What can you change, and what can’t you?” – the Guardian

Joint winner of the 2019 Booker Prize.

“I think a lot of Pākehā look to Māori for their approval or their education – teach me, love me, so I can get it right and be a good Pākehā. All that stuff is putting the burden back on Māori yet again. It’s up to us to grow up and get a grip on who we are, what we’re doing here, and to do it consciously by thinking about those relationships. It requires an openness, a curiosity of who Māori are, what they want, their way of being in the world, instead of constantly being anxious about our mistakes. I guess I want a relaxed, alert openness to Māori politics, Māori history, Māori desires and Māori being. If you want a relationship with somebody, you have to be open.” – the author, to Canvas magazine

Coles was interviewed by RNZ a couple of months ago; they have a gallery of gorgeous pics and some cool yarns, eg Tyrian purple, sourced in minuscule amounts from a gland in a particular species of sea snail, and Indian yellow, which involved feeding cows mango leaves, boiling down their urine and rolling it into balls.

This sounds like a random collection of nouns; it is in fact a sequel to Edmond’s 2015 memoir, and “a participant’s-eye view of the early years of Alan Brunton and Sally Rodwell’s avant-garde theatre troupe Red Mole”.

2  This Is Not How it Ends: How rewriting your story can save your life by Jehan Casinader (HarperCollins, $35)

“It was blindingly obvious what I needed to do: I needed to take suicide off the table. There was no magic formula … From that point on, I committed myself to shutting down any thoughts that pointed to suicide as an option.”

3  A Life on Our Planet by David Attenborough (Ebury Press, $45)

“This man – the one we wish the Queen had married, the national treasure, the embodiment of all the BBC and Britain should be, the secular saint – is on his last lap. This shortish book is his troubled valedictory.” – The Times

“Her feed is awash with aesthetically-pleasing graphics, quotes and illustrations to confront oppressive attitudes towards women and their bodies and relentlessly remind them of their power. Through slogans such as ‘stop raising him, he’s not your son’, ‘it’s a wonderful day to dump him’ and ‘off for a shag’, the author aims to empower women to embrace their sexuality and stick two fingers up to toxic patriarchal ideals and slut-shaming.” – Glamour magazine

Try also: Soldiers, a novel by Tom Remiger, which won the 2019 Michael Gifkins Prize (Ruby Porter won the inaugural prize the year before for Attraction, which bodes well) and of which Vincent O’Sullivan said “The writing is direct and vivid, it is superbly researched, and the story deeply understands the men it depicts.”

“Women plan years into the future – because they have to. Our lives are big, slow-moving ships, laden with responsibilities and consequences – pregnancy, attack, abandonment, demotion – and so our constant thinking, thinking, thinking is because we are always ready for the alarm bells to ring, or our moment to come. We were raised like this. We know no other way. We are so used to thinking like this that we think it’s normal. And it is. For 52% of the population … It’s why, in an emergency, it is almost always the women who step forward, take over, say: ‘I know what to do’.”

“It’s a bit cheeky to call The Invisible Life of Addie LaRue Faust for romantic bisexual goths, but it’s not wrong.” – NPR