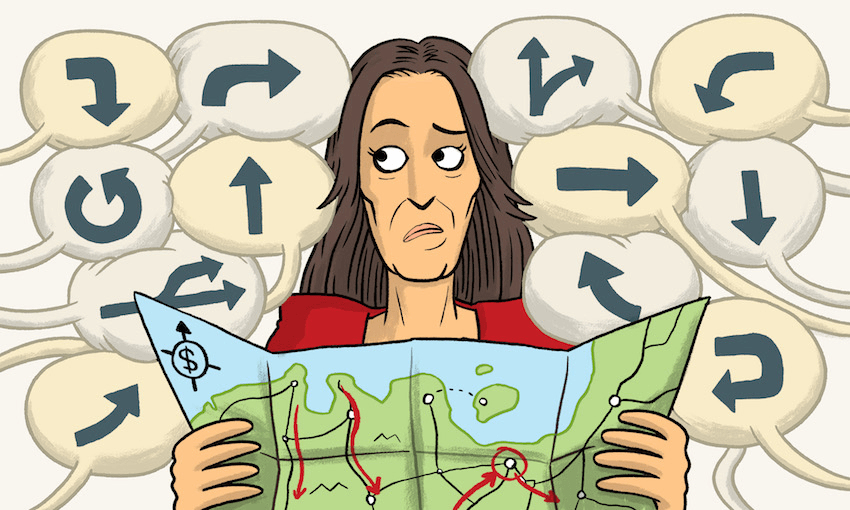 By Dan Lowe
Guest writer
Made possible by

Budget 2018: If it walks like a duck and quacks like a duck, it’s probably a tax, says Grant Thornton’s Dan Lowe.

Budget day is fast approaching and the predictions are coming thick and fast. Many will be watching with keen interest, not just because it’ll be Prime Minister Jacinda Ardern’s first budget since being elected, but because it’ll be the first Labour budget since 2008. After spending almost a decade out of power, May 17th represents an excellent opportunity for both Labour and Ardern to plant their flags on the fiscal map.

But some bold pre-election promises have put the government in a difficult position. In September last year Labour announced that there would be no new taxes until after 2020, while its Budget Responsibility Rules – a self-imposed agreement between Labour and the Greens to reduce core government expenditure and debt – means the government has given itself limited room to manoeuvre when it comes to spending, a move that’s attracted its fair share of flack.

The government has already indicated the books don’t have enough cash, and costly initiatives like free tertiary education for the first year of study will only compound their problems. The government needs more revenue but its pre-election pledges have hamstrung its scope to choose how, when and where it can get money from. The Tax Working Group is currently looking at a number of tax-related possibilities, but it won’t be until February 2019 that we see the group’s final recommendations.

This is where the art of euphemism has really stepped up. If you don’t call it a tax, then it’s not really a tax, right? Let us consider recent developments: an increase in excise duty on petrol; the removal of the concession on low value imported goods; and, probably my favourite, ‘land value capture’. This option was tabled with some political genius from Finance Minister Grant Robertson: “We can’t do it all through the tax take and so we need to find new, innovative ways to generate revenue that can support growth.”

There is no doubt that our tax system needs adjusting and with the rapid changes that are occurring all over the world a significant rethink and overhaul will be necessary. I actually embrace the concept of the Tax Working Group (TWG) and what it stands for – intellectual powerhouses combined with public consultation to review the current framework and tackle the challenges that we face as a society. This is a great initiative for a high level strategic approach, but by its nature nothing happens at speed.

Kiwis are engaged on this topic too. The TWG consultation process resulted in 6,700 submissions and over 16,000 votes on their online poll. This is unprecedented engagement, showing that many New Zealanders realise something needs to change to ensure funding of our core public services in the future.

With all of these challenges, limiting what can be done in the immediate term because of a pre-election promise is not what New Zealand needs. We need to be agile and focused on the changes that are required now and how best they can be implemented.

Historically there’s been a lot of deep seated resistance to introducing a capital gains tax (CGT), which is why Governments keep shying away from bringing it in. But is it fair not to? If you run a business for ten years and make a million dollars profit annually, you end up paying $300,000 in tax every year. But if you sell it after just one year for $10 million (based on future revenue projections), the tax you end up paying is zero. It’s economically inequitable.

So what do I think is needed in this budget?

Introduce a capital gains tax on everything except the family home (taking the market value of assets on the date of announcement as the new cost base). When it comes to being an international anomaly, New Zealand’s lack of CGT stands out. Interestingly enough, the introduction of a CGT topped the TWG polls when asked “What tax issues matter most to you?” This suggests there’s a big change happening among Kiwis who have traditionally been deeply resistant to the idea of a CGT.

Raise the personal income tax thresholds to account for fiscal creep that has occurred over the years, but retain the current tax rates. Introducing an additional rate for those on high incomes would also help boost government revenue, while aligning New Zealand with other OECD countries. Tag these thresholds to annual inflation:

Make superannuation contributions compulsory and remove tax on these contributions. Currently, contributions to superannuation schemes come from after-tax income (once PAYE has been deducted). This restricts the speed at which the retirement savings can grow and also acts as a disincentive to contribute. What if we allowed people to grow their nest egg by deferring the tax on contributions and the income it generates until the point of withdrawal? This could encourage people to increase their contributions (particularly as they get closer to retirement) as it produces a more favourable economic outcome. Imagine that, New Zealanders actively engaged with their retirement savings! It’s a change that would reduce the burden on the country to support retirees, because New Zealanders would be saving more for their retirement, thanks to the incentive on the way in and the fact that the investment would compound.

Leave GST alone. Our broad based approach is the envy of other countries. Exempting fruit and vegetables is a noble idea, but in practice it would create no end of complexity and the only winners would be the tax accountants.

Of course none of these ideas will be considered by the government – not in the first term anyway – as they all relate to tax. But through some clever euphemisms and fudging, we may see new community charges, levies, contributions or user fees to help fund the government’s spending.

I for one can’t wait to receive my temporary refund adjustment.

Budget 2018
Made possible by

With Budget day fast approaching, how will it be sold to the public? And how will the opposition go about pinning a derisive name on it? Let's look back at some of the most valiant attempts.
By Alex Braae
Staff Writer
8th May, 2018

Government’s health budget must look to the future of care

The health sector needs significant investment, but where is that money going to come from? Grant Thornton’s Pam Newlove says the government needs to look to the private sector.
By Pam Newlove
Guest writer
5th May, 2018

From ambitious to zero budget: an A-Z guide for Budget 2018

With the Grant Robertson's big day just weeks away we've created a helpful (mostly) alphabetic introduction to the mysteries of the annual government Budget.
By The Spinoff
Staff writers
1st May, 2018

Invest in the regions to save Auckland from itself

What might the 2018 Budget deliver on regional economic development, and how will it intersect with our largest city? Grant Thornton's Murray Brewer casts his eye over the options and opportunities.
By Murray Brewer
Guest writer