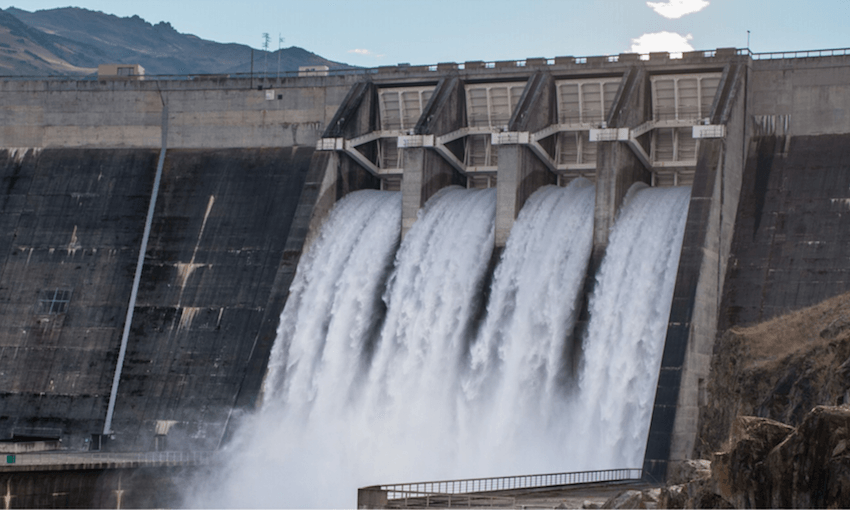 The country’s biggest electricity generator has been found to have distorted the market, costing both electricity retailers and the environment. Alex Braae reports.

A furious electricity retailer says the biggest generator in the country has cut against its claims of being environmentally friendly by deliberately spilling water from hydro dams and causing fossil fuel plants to be turned on.

The Electricity Authority released a preliminary decision yesterday against Meridian Energy, after a complaint was brought by seven independent electricity retailers that they had unnecessarily spilled water, which pushed the price of electricity up for retailers.

The costs of the move were not defined, however the EA said the “undesirable trading situation” could have resulted in retailers and consumers having to pay $80 million more than they otherwise would have. The complaint also alleged that it caused 6000 tonnes of carbon to enter the atmosphere unnecessarily.

Electric Kiwi was one of the companies that brought the complaint, along with Flick Electric, Pulse Energy, Vocus and others. CEO Luke Blincoe said it was an “outrageous” move from the company, which is 51% owned by the government.

“This was $80 million in extra costs to purchasers of electricity over a pretty short period of time. It’s a pretty extreme illustration of market power at the expense of the environment.”

While a large share of New Zealand’s electricity is generated from renewable sources, at times of high demand the coal-fired power plant at Huntly is turned on. “North Island thermal generation needed to be dispatched to meet the market unnecessarily. And the volume of that thermal generation created 6000 tonnes of carbon emissions,” said Blincoe.

“This is a state owned enterprise that has created enough emissions to put 46,000 Toyota Corollas rolling around New Zealand in the same time,” he added.

In light of that, Blincoe criticised the branding of Meridian Energy, which sells itself as a generator of 100% renewable energy, using wind, water and solar. He said it was more like “wind, water and coal.”

Meridian are one of the five major ‘gentailers’ – these are companies that are both generators of electricity, and retailers. Along with selling it directly to consumers, they also provide it on the open market, where retailers like Pulse Energy, Flick Electric and Electric Kiwi purchase it to sell to customers.

Meridian Energy released a statement on the preliminary decision, saying it would review it ahead of the consultation process.

“In December last year, Meridian experienced extremely high inflows. Meridian was required to manage these exceptional weather events in real time. For the first time in Meridian’s history the company spilled from all its hydro structures, with significant inflows to the Waitaki catchment and both Lake Te Anau and Lake Manapōuri recording the second highest lake levels on record,” the company said.

When contacted, they declined to address questions on the environmental impact.

That exceptional weather event related to heavy rain around Southland in December last year, which in theory should have provided a large volume of water for use in hydro dams.

As the preliminary decision noted, “when water is scarce, the opportunity cost of using water is higher and hydro offers increase. This makes more expensive thermal generation viable.”

Thermal in this context means fossil fuels like the coal-fired Huntly power plant, rather than the cleaner geothermal energy. While geothermal electricity production does create emissions, they’re minimal compared to those produced by coal.

That point was also picked up by environmental campaigners. Amanda Larsson from Greenpeace said that running fossil fuel plants is expensive, and only happens when there is insufficient renewable supply. “Except that once they do fire up the fossil energy, they get to charge that higher price on all the electricity, including the stuff they produced at very low cost in the hydro dams.”

Blincoe described the fact that it was a preliminary decision as a “bit frustrating,” given that the investigation had taken place over seven months, and now there would be a round of consultation. It was another example of how big gentailers are able to push around smaller players, he said.

“I can’t think of the last time a criminal court allowed consultation after the judge had made their decision,” said Blincoe.