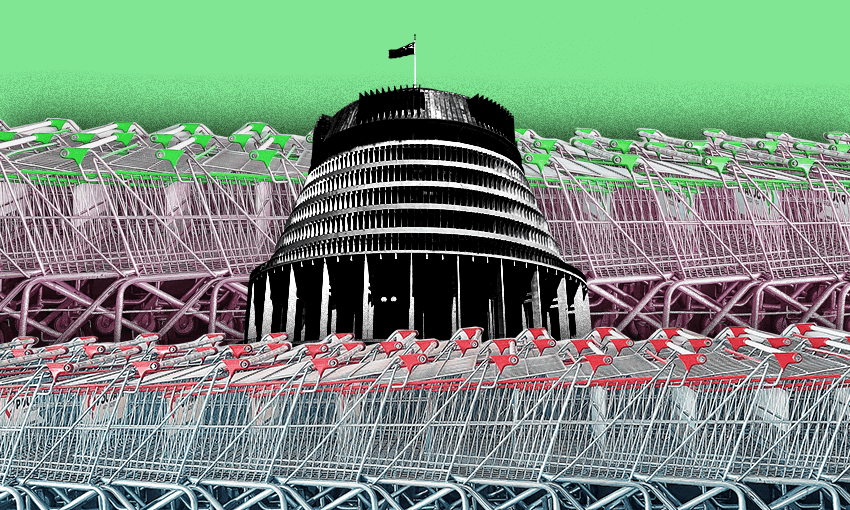 After years of complaints about the duopoly’s stranglehold on New Zealand’s supermarket sector, the government has announced a raft of changes aimed at making grocery prices both more affordable and understandable.

Consumer affairs minister David Clark announced last week that a new dedicated regulator will provide annual reviews on how competitive the industry is, while supermarkets will be obliged to follow a mandatory code of conduct. The government has also promised to make unit pricing compulsory, and ensure loyalty schemes are easy to understand.

“The government and New Zealanders have been very clear that the supermarket industry doesn’t work. It’s not competitive and shoppers aren’t getting a fair deal. The duopoly needs to change,” Clark argued.

This announcement comes after the Commerce Commission’s final report on the supermarket industry found competition was low, with the main two retailers, Foodstuffs and Woolworths NZ, controlling about 90% of the market share. This allowed the duopoly to make profits of between $1 million and $1.2 million every day more than they would in a competitive market. The same report found New Zealanders spend the fourth most on groceries in the developed world, with only Luxembourg, Iceland and Switzerland paying more.

So what is the government doing?

A range of measures, some to increase competition, others to help consumers see past supermarket tactics.

The commission made 14 recommendations to the government, which accepted 12, and will go further than suggested on the others. “The two recommendations not accepted relate to implementing a voluntary wholesale access regime and to a review of competition in three years. These issues can’t be kicked down the road,” Clark reasoned.

A mandatory rather than voluntary “backstop” will be in place if supermarkets refuse to to open up their wholesale arms to competitors, while the to-be-established regulator will review competition every year. Woolworths NZ said on Friday they are happy to offer large scale wholesale supply, but don’t yet have the capability to do so, while Foodstuffs North Island says they “support [the] recommendation to offer wholesale supply to grocery retailers on a voluntary basis”.

Independent watchdog Consumer NZ is pleased by the government’s announcement, with chief executive Jon Duffy describing the changes as a step in the right direction.

“They are an important signal from the government that the market has failed consumers and suppliers.”

Although they won’t solve every supermarket trick, these changes will hopefully help make clearer how supermarkets use confusing prices and your own data to get more from your wallet.

In particular, the introduction of compulsory unit pricing will give consumers better understanding of the true price of foods, making easier comparisons. This refers to the small “price per 100g” or “price per 100ml” that is sometimes, but not always, listed under the price of an item. And small is the right word – if it is even included, it’s often very hard to see under the large “special” sign.

While both Woolworths and Foodstuffs have claimed they support making unit pricing standard, retailers have failed to consistently include it on their signage. This can lead to customers spending more for less food – for instance, while blocks of butter are usually 500g in size, blocks of only 400g are often sold right next to them and look almost identical. A busy shopper could easily buy a 400g block for slightly less than a 500g one, thinking they were getting a bargain, only to end up paying more per gram. Compulsory unit pricing as in Australia, the EU, and several US states, would help prevent this.

Consumer NZ’s Duffy is particularly supportive of this: “Unit pricing has the ability to cut through the noise and give consumers a like for like point of reference to compare price and quantity.”

While Duffy also supports the move to make supermarket loyalty schemes more transparent, he believes they could go further.

“The commission’s recommendations,” he argues, “simply require supermarkets to be clear and upfront around their collection and use of customer data. We think this is already required by the Privacy Act and the supermarket sector should already be complying.”

His concerns are understandable; the supermarket industry’s “dark arts” when it comes to loyalty cards are well-known, but what they do with the data you reluctantly give them in return for the meagre savings through loyalty programmes is less so. Sure, they may use your data to target you with goods you’ll likely buy more of, and to set up the stores in a certain way to convince you to buy high profit-margin items you’d otherwise ignore – but how securely do they hold that data? Who sees it? Duffy suggests an investigation by the Privacy Commissioner might ensure customers are having their privacy rights respected.

What else could be done to improve transparency?

Alongside unit pricing, getting rid of specials might, counterintuitively, save you money, because using specials can trick you into thinking you’re getting a great deal even when you’re not. A 2020 Consumer NZ survey of supermarket prices and specials found that many items at a range of supermarkets were on “special” more often than at “regular” price. This can encourage you to spend more by stocking up because an item appears to be at a temporarily at a lower price than usual even though it’s not, and is confusing, especially for elderly shoppers and people with disabilities.

It also might well be plain illegal – the Fair Trading Act says no-one can “make a false or misleading representation with respect to the price of any goods or services”. I’m no lawyer, and this is certainly not legal advice, but I do know that specials can be confusing. As the Commerce Commission says, “if a business routinely sells products at a promotional price, then the promotional price becomes the usual selling price. It would be misleading for a business to keep claiming it was discounting a price”.

Instead, supermarkets could bring in everyday low pricing, where prices are consistent and easy to understand. Foodstuffs North Island, for instance, have already said they are “moving away from promotions [towards] everyday low pricing”, introducing new and simpler pricing this year. Whether that means the end of confusing signage remains to be seen.

How long until we see results?

While more transparent pricing and data collection by supermarkets may give better understanding to consumers of what they’re paying and who knows about it, the actions to improve competition will do little for the main problem of groceries being unaffordable any time soon. Indeed, the government has acknowledged that these moves are long-term, with the impacts of the wholesale requirements likely to take several years to entice new entrants into the industry and truly increase competition.

Details about the code of conduct and the new Grocery Industry Competition Bill will be released later this year, while the government is also investigating requiring the duopoly to divest some of their stores or retail banners – “obviously this is a longer term piece of work due to its complexity”, David Clark said.

In the meantime, if you want a clear indication of the cost of groceries – or at least, the current price of Colby and Edam – may we suggest the The Spinoff’s very own Cheese Index?