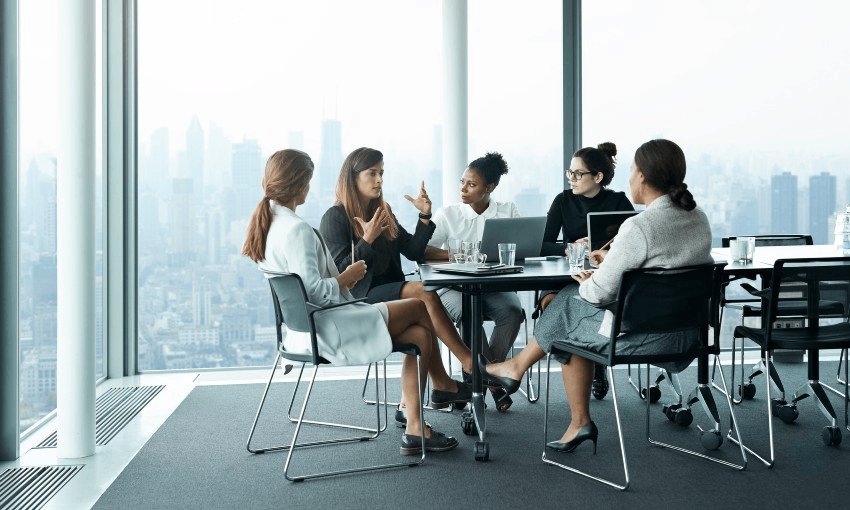 How women are changing the face of business

Covid-19 may have exposed the egregious gender disparity in our labour market. But, as Vanisha Narsey writes, it should be an opportunity to use the data and rebalance the scales.

I’m a statistic – one of 10,000 women made redundant in 2020 following New Zealand’s Covid-19 level four lockdown. That was out of a total of 11,000 people, which means that 90% of New Zealanders who lost their job during the first part of the pandemic were women.

This was not a trend isolated to New Zealand. An analysis by research firm McKinsey in July 2020 found that while women make up 39% of the worldwide labour force, they accounted for 54% of pandemic-related job losses globally. And while New Zealand’s unemployment rate improved in the December 2020 quarter, it was still higher than it was compared to the previous year, and women are still significantly worse off in the labour market.

After I was made redundant, I decided I was tired of struggling against the stats, and I decided to create my own board table, so to speak, by launching a startup from the ground up. I’m now fortunate enough to be in a position where I’m able to ebb and flow with the flux of startup life. But I can’t help but wonder what has happened to the gaps left by the 10,000 women, and more poignantly, how will the disappearance of women from workplaces change the face of New Zealand businesses?

It’s hard for me to fathom that a few generations ago the sight of women in some workplaces wasn’t common. In fact, for most of the 1900s it was deemed that women were only suited for “women’s work” and the jobs men didn’t want. But during the Second World War, women were assigned men’s work and ended up doing it quite well.

We now have the data to show women deliver great economic returns and understand that a diverse leadership team is more innovative and is therefore more financially successful. But it pains me that some still think the inclusion of women on boards and leadership teams is simply ticking the diversity box.

As far as leadership goes, there are numerous studies that show how women often possess a comprehensive range of traits that make them effective leaders. One study by the BI Norwegian Business School identified five key traits of a successful leader: emotional stability, extraversion, openness to new experiences, agreeableness and conscientiousness. The outcome? Women scored higher than men in four out of five, and the conclusion resolved that “women are better suited for leadership than men”.

A similar study by Harvard Business Review found that female leaders scored higher in all categories of exemplary leadership including team building, inspiration, developing others, collaboration and teamwork.

However, women are not just delivering financial results around established board tables only. Many are forging their own success through independent enterprises and startups. Research from Boston Consulting Group in 2018 found that for every dollar of funding, female-owned startups generate 78 cents compared to male-owned startups, which generate 31 cents. They also perform better over time, “generating 10% more in cumulative revenue over a five-year period”.

Financial productivity and efficiency only paints half the picture of what we may be missing out with women underrepresented in the workplace. There’s also emotional labour – the commodified emotion work that women often take on, unknowingly. It’s the encouraging smiles, the attentive listening, the appreciative laughter, the comments of affirmation, admiration or concern. While men and women both perform emotion work, the data shows there’s an imbalance, as it is seen as something that comes naturally to women and therefore unsurprisingly, rendered invisible.

Now, you might point out that the hardest-hit sectors of the Covid-19 lockdown were tourism and hospitality – industries disproportionately dominated by women. However, the skewed labour market is arguably a result of the disadvantage and bias that prevents many women from entering and flourishing in other sectors.

This could very well be an opportunity to address gender composition in the labour market, perhaps by opening the doors to more stable male-dominated sectors and allowing women to retrain and redeploy themselves. However, unlike the progression in war times, where men headed off to fight and women were needed to step up into workplaces, today women still face the ongoing battle against inherent gender bias as a result of our data, systems and structures.

Addressing representation and equality have often been framed as good in themselves. And of course, it’s entirely just that women have an equal chance of success in the workplace. However, I believe that having women present in the workplace isn’t just about representation, equality and statistics, it’s about doing what’s best for all of us.