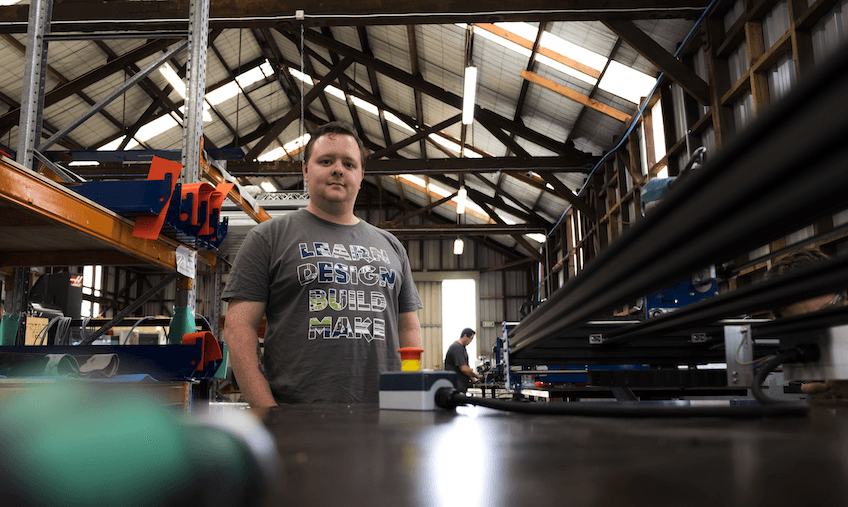 Could a technology boom revitalise the West Coast?

The Buller District is known for its isolation, rugged weather and the minerals taken from the land since gold was discovered there in 1860. Now, after a long economic decline, green shoots of growth are appearing, driven by a technology hub with a husband and wife team at the top.

There is an innovation hub in the middle of Westport, and while small, it feels more like a hip city space than the heart of Buller District, famous for mineral mining and – more recently – economic ruin.

Epic Westport houses 11 companies and operates shared spaces and hot-desks for solo entrepreneurs and creatives to rub shoulders and work. Its inhabitants are mostly millennials in a town where it’s hard to find anyone under 40; there’s ping-pong, beanbags, and herbal tea.

The company is an outpost of Epic Christchurch – set up after the Canterbury earthquakes to house homeless tech companies. But while Epic Christchurch is mainly in the commercial property business, its western offspring is rapidly developing into something different. It is co-helmed by husband-and-wife team Ben Dellaca and Tash Barnes-Dellaca; Dellaca is a fourth-generation Westport native, but he left as a teenager to board at a school in Christchurch and swim in the national team, while Barnes-Dellaca’s background is in hippie-flavoured politics. After finishing university, she started working at the Disarmament and Security Centre in Christchurch, where her boss was providing advice to the United Nations Secretary General.

Dellaca discovered gaming and eventually created a game company, Cerebralfix, that builds games for high-profile clients such as Disney and Dreamworks; Barnes-Dellaca made her way onto influential boards and trusts around the country.  “I was pretty geared up to want to move to DC,” she says, “had you asked me five years ago to move to Westport, I’d have been like ‘Hell, no’.”

Meanwhile, Buller District at the top of the West Coast was facing some of its toughest times. Mayor Garry Howard came into office in 2013 in the middle of the wind-up of Solid Energy’s coal mine. “In 2011 they had in excess of 1000 workers. By 2014 it had come down to 250.” This, in a district of just over 10,000 people. Mothballing the OceanaGold mine in Reefton took another 240 jobs in 2015, followed by the 2016 closure of Westport’s Holcim cement works at the cost of 120 jobs.

The council runs various initiatives to attract new people to the district and Howard sees economic diversity as essential to Buller’s health, so he approached Epic Christchurch with a proposal to bring the organisation to Westport. He knew about Dellaca’s business and began discussions “to bring him back home”. Dellaca was sceptical. “I basically was one of about four people who told him it was impossible.” That initial negativity left him with a bad taste in his mouth, but he came around to the idea. “The surprise was, it’s awesome here.”

But they couldn’t just build offices and wait for people to populate them, so the early days were about finding people who might suit the Epic environment, and often helping prepare them for business – acting as incubator as well as a landlord.

Brett Cottle was running a two-person business out of his lounge when he met the couple. He was designing a desktop CNC machine that could do factory-style manufacturing on a small scale for businesses and hobbyists. “We were seriously working on moving to Christchurch,” he says. “Ben said ‘What can we do to make you stay?’ and I said ‘support’.” His company, Vertigo Technology, rented a desk in the shared space at Epic Westport, then over the course of a year picked up more employees and moved through different offices in the hub. “We got to the point where we were actually in two offices.”

Having outgrown Epic, Vertigo moved to its own premises, a factory floor and office 500-metres down the road where it designs and builds desktop CNC machines, and the company is still part of the Epic community, Cottle says, and is in constant contact with the current tenants and other companies that have outgrown the space.

But the question is: Why do all this in Westport, when you could do it literally anywhere else? For Cottle, it’s hard to beat the cost of doing business. For example, Vertigo rents a 400sqm industrial premises with office space for $2000 a month. “You couldn’t get that in very many places around New Zealand.” He says the company also benefits from easy access to the media and local and national politicians.

On top of that is the financial incentives, with the Buller District Council using $300,000 of a $1 million fund it received from Development West Coast to team up with the Ministry of Social Development and offer subsidies for the creation of new jobs. Vertigo has one of those subsidies, and has other previously-unemployed staff subsidised by Work and Income and Cottle says it would have been difficult to do so much with so little elsewhere. The company has accessed around $300,000 in equity and debt in two years, and “we’ve turned that into 127 machines and 12 jobs,” he says. But it’s not all rosy – there are downfalls. For example, it can take up to a week to get freight when the mountain passes are closed.

Rachelle Henham, founder of loyalty scheme West Coast Rewards, moved back to the coast and started a business after over a decade living in Australia and Nelson. “It’s the lifestyle. Change of pace.” She describes the West Coast as a “boom and bust” economy. “We just had a massive bust, so we’ve kind of got a clean slate to start doing some different things here,” Henham says, “there’s so much opportunity here for the new business.”

So what’s next? Dellaca, Barnes-Dellaca and Howard share a vision to expand Epic’s community, but there are hurdles. “The key thing is to make sure that we can have the right sort of infrastructure and services in place,” says Howard. The previous Government put a fibre-optic trunk cable down the West Coast but connecting all the towns is expected to take at least another year. “It’s not rolling out as fast as we’d like,” the mayor says.

Epic has access to fibre internet, but connecting an individual business is costly at this stage. Barnes-Dellaca is setting her sights further south, hoping to open a smaller hub in Hokitika and keeping a keen eye on what Tai Poutini Polytechnic is doing in the startup space in Greymouth. Ideally, she wants to see a series of interlinked hubs and shared working spaces so businesses could move around easily and use facilities up and down the West Coast – a region that is around 600 kilometres from north to south. “It’s hard to service a region like that, but as a region it’s got a clear sense of identity.”

Barnes-Dellaca says Epic Westport created 22 jobs in its first year with just 400sqm of office space. “If we can do that year on year for 10 years… then we can fill up 4000sqm of space across the coast.”

Dellaca’s vision involves a new kind of mining for Buller District: blockchains. Blockchain technology is most famous for being behind cryptocurrencies such as Bitcoin, but Dellaca wants to explore other uses for the technology and use the West Coast’s abundant and relatively cost-effective power to set up a “mining” operation: a series of computer processors dedicated to performing the complex calculations required to make blockchains work. “We’d like to see the country’s largest mining operation built right here in Westport,” he says. He believes it’s realistic for the West Coast to become New Zealand’s “place to be” for technology and blockchain.

“That or I’m a madman who’s totally lost the plot.”