If you’ve been holding out hope that tomorrow’s Skegg report – and Thursday’s government response – will give a clear roadmap for the reopening of our borders, you should probably start bracing for disappointment, writes Pattrick Smellie for BusinessDesk.

This time a year ago, if you’d asked a senior cabinet minister how long they thought Covid-19 would be a problem from whoa to go, they’d have told you perhaps 18 months all up. Even by late 2020, the conventional wisdom was that by about now vaccinated countries would be opening their borders, things would be getting back to some sort of normal, and New Zealand risked being left behind if it wasn’t on the same track.

If that sounds familiar, that’s because the mantra of reopening is almost like a coronavirus variant in its own right – it never quite goes away and routinely comes roaring back in a slightly new format. Even with Australia progressively moving into lockdown over recent weeks, on this side of the Tasman a head of optimistic steam is building over the release for public consultation tomorrow of an expert advisory group report on border reopening.

However, the hope that any kind of widespread border opening is remotely possible – let alone imminent – is quite simply fanciful in the near future.

If you asked a senior cabinet minister today how long they think the pandemic might last, they’re more likely to tell you five years, which means we’re 18 months in, with three and a half years to go.

That’s a guess, but everything is a guess at the moment. 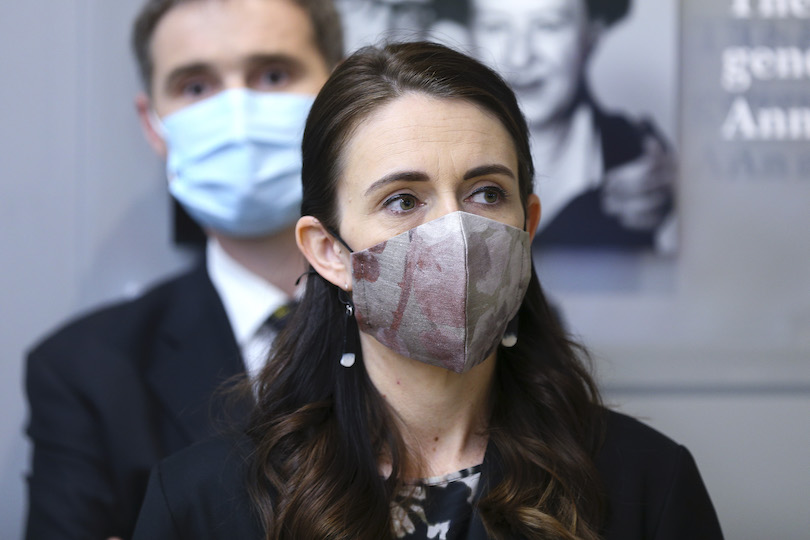 At best, some of the most gnarly impediments to global supply chains and movement of people across borders might be sorting themselves out by late next year.

In other words, the 2023 election could be as much a Covid election as last year’s, the only difference being how much more sick of it we will all be, and how much we will have changed how we live, and our expectations about a globally connected world.

By then, the conventional wisdom may well be that Covid ended globalisation as we knew it while proving a surprising boon to action on climate change since no one is flying much anywhere anymore. Tourism operators will be serving locals and almost no one else. A trip to Bali or Sydney, let alone Europe, could be a pipe dream for most.

Who knows? It might not be that bad. That’s the trouble with conventional wisdom. It takes at best feeble account of the unknown, and the path of the Covid-19 virus is as unknown as they come so far.

Perhaps the only way to shorten that five-year timeframe with any certainty would be through the emergence of effective anti-viral treatments for Covid-19. Unlike vaccines, anti-virals seek to manage the illness once contracted. Anti-virals have changed the lives of people with HIV-Aids and hepatitis C. Scientists everywhere are working on Covid anti-virals, just as they have been on vaccines.

In the meantime, the likelihood of a more prolonged timetable to post-Covid normality must colour anything tomorrow’s Skegg report can say about when “reopening NZ to the world” might realistically occur.

What sort of map?

In fact, expect the report to be less roadmap, more children’s birthday party treasure map. There will be an X. It will mark a spot. But don’t count on finding it in a hurry.

The government will commit to a “science-led” approach. It knows from its own polling the weight of public opinion prefers for New Zealand to remain locked off rather than opened up, and that resisting the ceaseless bleating from parts of the business community for a more relaxed approach is one way to maintain political support.

At a time when opinion polls suggest its wider performance as a government is starting to shake its 2020 supporters loose, the tightly controlled approach to Covid management remains as much a totem for the Ardern administration as ever.

It is right to be cautious. 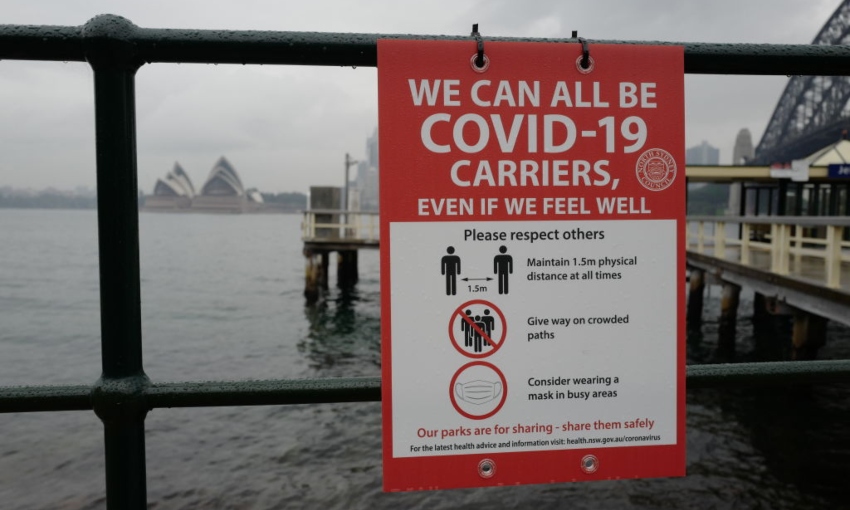 In Australia and other parts of the world, the delta variant is rampant. It is highly transmissible, including by some people who have already been vaccinated.

In Israel, one of the earliest well-vaccinated countries, the Pfizer vaccine’s efficacy against delta is barely two-thirds of its effectiveness against earlier strains.

In Britain – one of the countries with whom we share the most people-to-people contact in normal times – an incompetent government has created perfect conditions for transmission of delta through a semi-jabbed populace. Not only that, it has created a petri dish environment for the creation and propagation of even more virulent strains of the virus by pretending it is prioritising the economy over the virus, when what it is really doing is taking a massive health gamble in pursuit of populist political support.

If you thought delta was bad, wait for epsilon, or omega. And don’t be surprised if we see it early in the UK.

Meanwhile, in NZ, the overwhelming sense of having dodged a bullet remains. We are one of the last countries not to have the delta variant present in the population.

It has cost us the trans-Tasman bubble – a heavy price to pay. Who knows whether Air New Zealand’s capital raising will go ahead in September, as previously expected. At the very least, it’s clear the government will be subsidising air freight for exporters for many more months to come at many more hundreds of millions of dollars of cost to taxpayers.

But a delta incursion is only one bad border slip away.

Another level 4 lockdown in Auckland, or across the nation, would be a huge blow not only to the economy, but to the cautiously confident national mood. If it happens, watch the government find another few billion dollars to throw at wage subsidies. 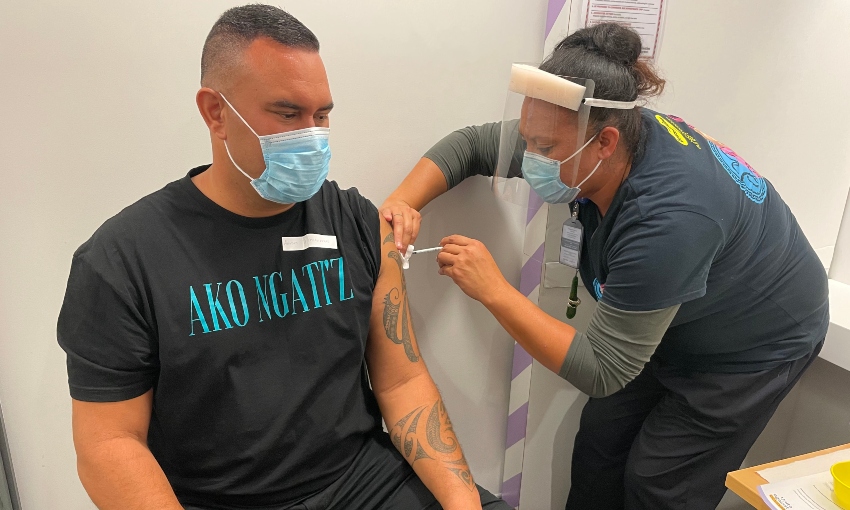 Let’s hope that doesn’t happen, but the fact is that our first line of Covid defence – a vaccinated workforce at the border, particularly airports – is compromised if a vaccine that was previously 95%-plus effective is now more like a 66% shield. The argument for more frequent testing, be it saliva, nasal swab, or any other new and reliable entrant to the field of Covid detection, is obvious.

But the argument is barely being made so far. Instead, the government is barrelling towards an announcement on Thursday that large chunks of the business community erroneously assume will tell them when they can dust off the passport.

Put the passport away

Anyone expecting that should prepare to be disappointed. Rather, the best hope is for a report from the expert advisory group from Otago University emeritus professor of epidemiology David Skegg that constructively kicks the sclerotic Wellington bureaucracy into a more innovative and responsive mode.

From a health ministry that can’t hear innovation from outside its own cloistered walls to immigration officials who apparently lack the imagination even to allow skilled migrants already in the country to remain, let alone find ways to bring them in, there is an urgent need for new, more nuanced and clever ways of dealing with the economic pressure points created by Covid.

In fact, an imaginative government looking at a five-year transition to a post-Covid world would be thinking hard about how to leverage what once seemed to be a short-term gain into a strategy to attract new talent and capital to NZ.

However, apart from the early decision to opt for the elimination of the virus over containment – a strategy the health ministry initially opposed – the public health advice to the government has been conservative, immune to external perspectives, and protected by the country’s lack of land borders to produce the current Covid-free status.

Yet there is a wealth of thinking on how to improve MIQ provision, or how to take a nuanced approach to people arriving with and without vaccines from very risky and fairly safe countries, which is simply not being applied.

Instead, a stilted and binary debate persists between “lock us off” and “open up now”. We are far enough into a long slog with this virus to start a more intelligent discussion than that.