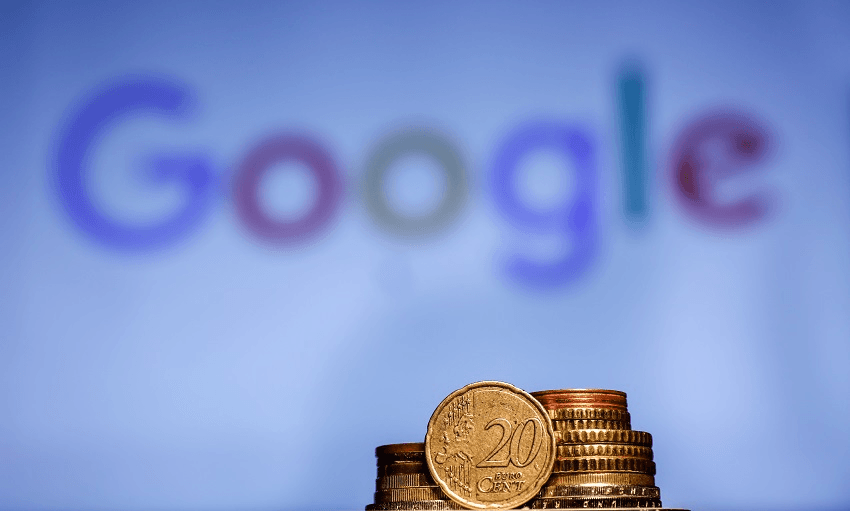 The government should go ahead and introduce a digital services tax to show the likes of Facebook and Google that their tax planning practices are unacceptable, writes Terry Baucher.

Around the world tax authorities and the voting public are coming to the conclusion that current international taxation rules give digital companies an unfair advantage over traditional businesses. A tax on the digital giants should be imposed to maintain the integrity of our tax system, and it’s likely to sit well with an electorate growing tired of the imbalance.

The Tax Working Group (TWG) received a slew of submissions about the tax practices of multinational companies and the digital giants. “It is clear from the submissions that many people feel a deep sense of unfairness about the way in which the tax system deals with these firms,” it said.

It’s no wonder the public is restless about this issue. More than a million New Zealanders are on Facebook but yet there is no public information about the social media platform’s revenues or how much tax it pays. This is because its New Zealand subsidiary’s assets and revenues come in below the Companies Act reporting requirement thresholds. Facebook last filed financial statements for the year ended 31st December 2014, when it reported income tax of $43,261 on revenue of $1,196,979.

Meanwhile Google adopted the supposedly more transparent country-by-country reporting for the first time last year. Its results for the year to December 2018 show a rise in revenue from $13.8 million to just under $17.5 million. However, the $398,341 in tax it paid for the year is barely ahead of the $392,917 it paid in 2017. Let us remember that Google’s share of digital advertising revenue may be as much as $600 million.

A digital services tax (DST) attempts to address this behavior by taxing digital transactions, which are currently largely beyond the tax man’s reach. The proposed DST would be a flat 2-3% tax on the gross turnover of certain digital platforms. It would raise between $30 and $80 million annually.

Any DST would be an interim measure pending the implementation of the Organisation for Economic Co-operation and Development (OECD)’s proposals for changing the current international income tax rules. The DST would be repealed once the OECD measures are in place.

The TWG recommended supporting the OECD’s work on international tax, and said the government should “stand ready to implement an equalisation tax on digital services if a critical mass of other countries move in that direction”.

The OECD makes two main proposals. The first would give greater taxing rights over a multinational’s profits to “market countries” such as New Zealand, regardless of the multinational’s physical presence in that country. The second is for multinationals to pay a minimum level of tax on profits earned in a country.

The OECD hopes an agreement on these measures can be reached by the end of 2020. A key step will be obtaining approval from the G20 group of large economies at the G20 Summit in Osaka on June 28-29.

The problem is that OECD processes take time. The government discussion document suggests that based on the experience of the OECD’s base erosion and profit shifting initiative, even if the organisation does reach agreement in 2020 the relevant legislation may not be effective until 2025. The potential loss of revenue in the intervening period could be significant.

It’s not just New Zealanders who are concerned about the tax practices of digital companies. The slow progress of the OECD initiative and the resulting ongoing revenue loss is why several countries have taken steps to introduce a DST. For example, the United Kingdom is proposing to introduce a 2% DST from April 2020 and Austria, the Czech Republic, France, India, Italy and Spain have also enacted or announced DSTs.

As part of a proposed European Union-wide DST the European Commission prepared an impact assessment on the effects of such a tax. It noted that two-thirds of national tax authorities and public submitters alike agreed “the current international taxation rules do not allow for fair competition between traditional and digital companies”.

According to the European Commission’s assessment, cross-border digital businesses were paying an effective average tax rate of just 9.5%, compared with 23% for traditional enterprises.

The effect of this and other aggressive tax planning activities was estimated to reduce corporate tax revenue within the EU by between 50 and 70 billion euros annually. This ongoing loss of revenue is a key reason why several countries have decided to push ahead with introducing a DST.

The government’s discussion document on a DST says while it wouldn’t raise a lot of revenue it could have other benefits. “Much of the recent public concern about the under-taxation of multinationals has focussed on high-profile digital companies that do not have a physical presence in New Zealand (and so are not subject to income tax). By taxing these companies, a DST could improve public confidence in the fairness of the tax system, which is an important factor underlying voluntary compliance,” it says.

This isn’t just the view of Inland Revenue. The European Commission made the same argument, noting that digital companies benefited from public infrastructure. “Non-contribution to public budgets is seen as inherently unfair by many and can undermine taxpayer morale,” it said.

From a public policy perspective, bringing in a DST in the short term makes sense as part of the wider issue of maintaining the integrity of the tax system. As the discussion document notes the alternative would be to allow digital multinationals to continue to be “unfairly” taxed.

It would also be an incentive for countries to agree to an international solution, because that would result in the repeal of a DST.

The DST proposal is an interesting example of the power of taxation. An additional $80 million annually would be about 0.6% of the projected corporate income tax for the June 2021 year, so its impact on the government’s coffers is minimal. On the other hand, a DST would play well with voters and may improve the perceived fairness of the tax system by demonstrating that even tech giants are not above the law. Power to the people!