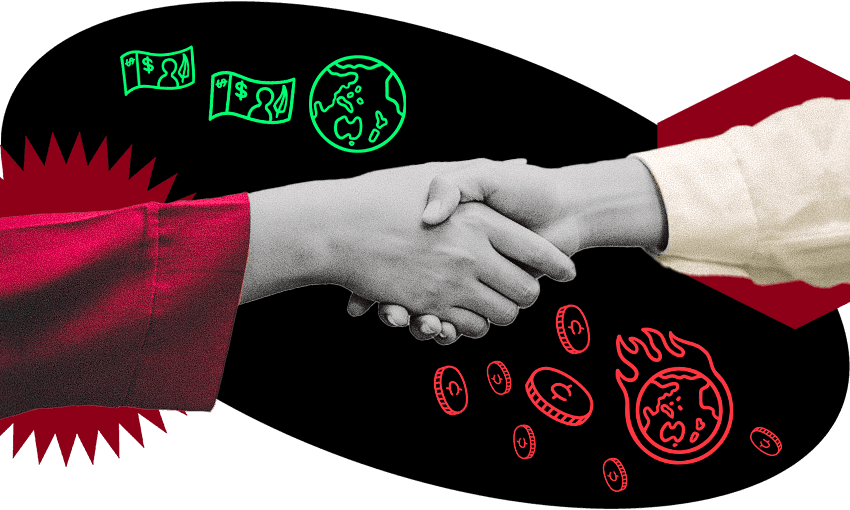 Is the global agreement on corporate taxes in trouble?

Last year 136 countries signed what some called the most significant international tax agreement in a century. Then the politicians got involved and the delays began. Tax expert Terry Baucher explains what’s going on.

Last October New Zealand, together with over 130 other countries, signed up to a new plan to tax multinational corporations. The initiative, sponsored by the G20 and the OECD, would overhaul the century-old international taxation rules made obsolete by the increasing digitalisation of the global economy.

The G20/OECD proposed a two-pillar solution: Pillar one would ensure profits are reallocated and taxed in the country where the multinational’s users and customers are located; pillar two would introduce an effective global minimum corporate tax rate of 15%. The rules would apply to multinationals with annual turnover exceeding €750 million in two of the last four years. Approximately 1,500 multinationals worldwide will be covered by the rules, and Inland Revenue estimates the changes will affect 20–25 multinationals here in New Zealand.

The proposals are intended to address the situation where some multinationals are able to arrange their affairs so as to derive relatively substantial income from New Zealand but pay little income tax. For example, according to its publicly available financial statements, Google New Zealand reported gross income for the year ended December 2020 of just over $43.8 million and a pre-tax profit of $10.1 million, on which it paid income tax of $2.36 million.

However, the notes to the financial statements revealed that Google New Zealand also paid over $517 million in “service fees” to related parties in the same year. These fees give a clearer indication of what Google earns from its New Zealand operation. Those related parties would almost certainly be located in a range of low-tax jurisdictions.

Incidentally, we don’t know how much income tax Facebook or other multinationals such as Visa and MasterCard are reporting in New Zealand. This is because they have adopted a business model which doesn’t oblige them to file publicly available financial statements. (Facebook’s last published financial statements are for the year ended December 2014).

The OECD/G20 proposals are intended to put a brake on such tax planning. Globally, pillar one is expected to mean an extra US$125 billion will go annually to what are termed “market jurisdictions”. Pillar two, which is the minimum corporate tax, is expected to raise US$150 billion of tax. It’s estimated that New Zealand’s share of this would be between $60-$100 million.

This new regime was planned to be implemented in 2023. However, OECD secretary general Mathias Cormann recently admitted that implementation of the pillar one proposals is now likely to be deferred until 2024 as negotiations continue. Pillar two is more advanced as model rules have been agreed. Based on these, Inland Revenue currently has an 84-page issues paper out for consultation until July 1 about how the pillar two proposals should operate in New Zealand.

Passing legislation invariably involves politics which opens the door for some potential strong-arm tactics. In Europe the politics are complicated by the European Union requiring unanimity amongst its 27 members before the proposals may be implemented. Poland has not yet agreed, supposedly because of technical concerns over wanting the two pillars to be implemented in tandem. However, it may be using the issue as leverage in its dispute with the European Commission over its bid for a bigger share of the EU’s €800 billion Covid recovery fund.

Meanwhile in the United States, the relevant legislation has been passed by the House of Representatives but has hit delays in the Senate regarding spending proposals which are part of the same legislation. Both the Polish and United States blockages will probably get resolved by some old-fashioned horse-trading. The mid-term congressional elections in November are likely to act as an incentive to resolve the hold-up before then.

So, should we be worried by the delays? The short answer would be “Not yet.” Putting in place an international agreement involving over 130 countries was always going to be a complex undertaking. Each country has to incorporate the relevant changes into its tax legislation and that takes time.

But if these issues can’t be resolved, how bad would that be for New Zealand? It would be disappointing but not necessarily disastrous if the agreement does not proceed. As an alternative, the government could unilaterally introduce a digital services tax (DST) specifically targeting large tech companies such as Meta and Google. Prior to last October’s announcement several countries, most notably India and the United Kingdom, had introduced DSTs. New Zealand’s Tax Working Group (2017-19) recommended preparing for a DST as a means of leverage over multinationals. If introduced here a DST might be worth between $50-$80 million in tax revenue.

In fact, the tech giants might prefer the global agreement to the alternative of a series of DSTs, particularly one implemented by an economically significant country such as India. The intention is that all DSTs that have been introduced will be repealed once the pillar one proposals are adopted. Similarly, objections around pillar two are also likely to fade away as countries with significant budget deficits in the wake of the Global Financial Crisis and the Covid pandemic see the opportunity for much-needed additional tax revenue.  Ultimately, tax is about politics, and although some parties are using politics right now for short-term advantage, the politics of gaining extra revenue from an unpopular group seems likely to carry the deal into effect.