The St Patrick’s Day cluster and the Bluff wedding cluster both began in March 2020. One year later, how are the two small town venues at the centre of these clusters coping?

On the first of March, 2020, the Redoubt Bar in Matamata announced their yearly St Patrick’s Day celebration. The bar’s Facebook page promised the “annual jigg off” and live music performances, and on the 17th, locals gathered in their finest green to celebrate the Irish tradition.

Less than two weeks later, the Waikato District Health Board announced a local cluster of Covid-19 was connected to the celebrations at Redoubt Bar. By early May, what would become known as the St Patrick’s Day cluster had grown to 77 people.

Bar manager Dan Adlington says the immediate aftermath of that outbreak was a tricky time for the business, but he’s fortunate that in a small town like Matamata, the community is strong.

“It was a bit of a scary time but as soon as we got out of level four and three and came back into more normal times the whole town just shot back up and started supporting us again.”

Some of those who had been in the bar on that St Patrick’s Day celebration, and even got the virus themselves, weren’t put off from supporting the business once things were back up and running.

“There were a lot of messages between one another. You’re talking about Matamata where everybody knows everybody so a lot of people have come back into Redoubt who were regulars who had Covid. They are quite happy to walk back in the door, sit down and have a beer again,” said Adlington.

In the year since the outbreak, Adlington says the town has suffered a bit from lockdowns. He says the recent level three lockdowns in Auckland affected businesses that have recently come to rely on visitors from Auckland traveling down the country.

“When Auckland shut down the town definitely did dampen down but we’re a small farming community and we had big community support. Business carried on as normal as soon as they could.”

He’s feeling positive about the St Paddy’s Day celebrations planned for tonight at Redoubt Bar, which are meant to be big this year as the date coincides with the Matamata races and a local bowling tournament. Recognising how unlikely a repeat of last year’s disaster would be, Adlington says the team isn’t stressing about it. 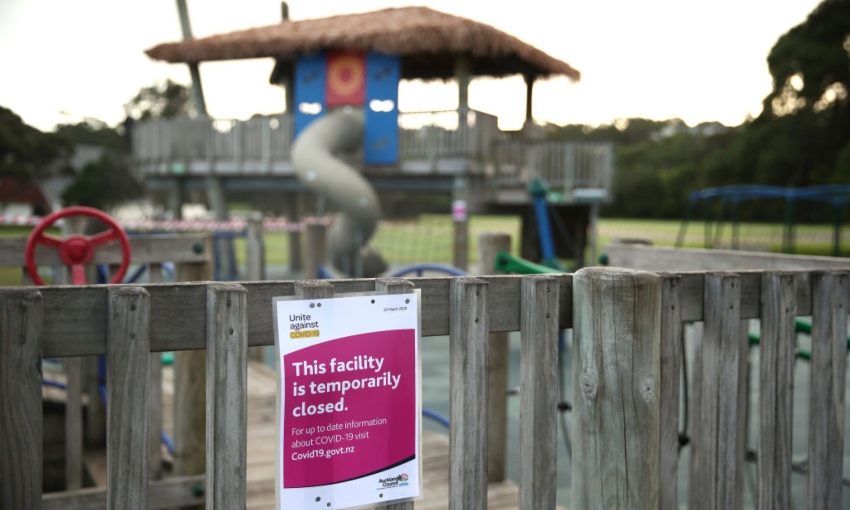 Shortly after the Matamata cluster was found, news of another cluster from the far south emerged. On March 21, just days before New Zealand’s first lockdown, the first case in what would become known as the Bluff wedding cluster was identified. The cluster soon grew to 98 people, two of whom died from the virus.

It was reported at the time that the owners of the Oyster Cove Restaurant and Bar, where the wedding reception was held, had concerns about continuing with the event. At the time, gatherings of under 100 people were permitted, but there were a growing number of cases in New Zealand, and owners Linda and Ross Jackson ended up putting in extra precautions to limit the interaction their staff had with guests. Ross Jackson now says he’s glad they took these measures, but if he had the chance to go back he would have called it off entirely.

“Hindsight is a great thing,” he says. “We should have probably cancelled it, but when this all happened the lockdowns hadn’t started. We did ring the wedding party to ask if they were sure they wanted to go ahead with it but in all fairness it was their big day and there was no indication that it was going to turn into the ugly thing it did.”

As the staff and owners worked hard to keep the Oyster Cove alive throughout the difficult lockdowns last year, Jackson remained cautious about Covid safety. But he wasn’t nervous about another outbreak.

“If the outbreak comes again you can’t do anything about that, you just have to work with what you’ve got, there’s no sort of magic bullet you can pull out of your back pocket,” he says now.

After seven years in the restaurant industry, the Jacksons are about to move back home to Nelson, but they leave their best wishes for the new owners of Oyster Cove and all hospitality businesses figuring out their way forward at the moment.

“People from Auckland started travelling a lot more in New Zealand, it picked up a lot of slack and we were able to break even.. [tourism] will come back one day, I don’t think for another two or three years but one day it will come back.”

Echoing Adlington’s praise for his own Matamata community, Jackson says he’s grateful for the aroha that’s been shown to him and the Oyster Cove staff over the past year.

“It’s a really neat caring community here in Bluff and they were really supportive… We were pretty rapt with the way that the community supported us.”