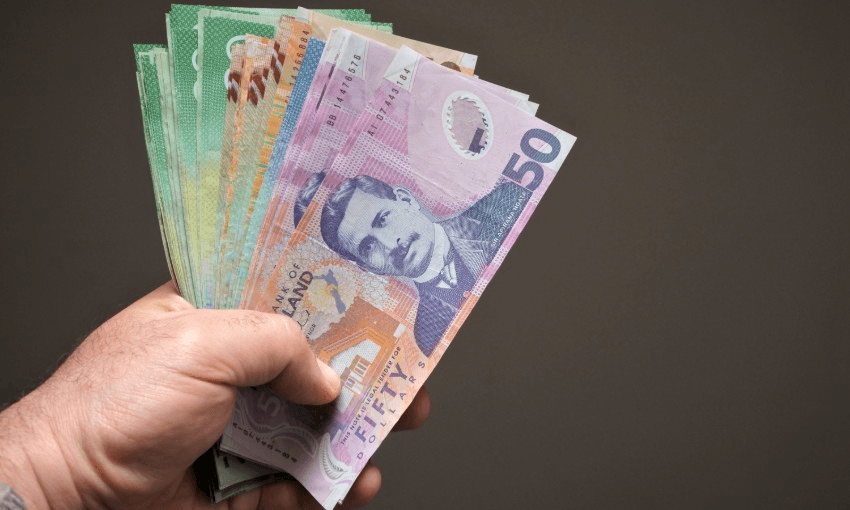 The wage subsidy is for those in need. Don’t abuse it

By Vanessa Schouten
Guest writer
Made possible by

With billions paid out through the government’s wage subsidy scheme, Vanessa Schouten asks if all that was claimed by businesses was actually needed, and if it should be paid back.

When the government introduced the wage subsidy scheme back in March, it was on the basis that the money would “help keep people attached to their workplace”, boosting cashflow and confidence during a time of great economic uncertainty.

Since that time, highly profitable law firms and companies have taken millions of dollars in wage subsidies, despite being able to operate and earn throughout the lockdown. A number of law firms have since paid it back in response to growing publicity, citing the fact that they had overestimated the drop in revenue caused by Covid-19. New Zealand companies owned by US billionaire Julian Robertson have received the wage subsidy, with a spokesperson saying that the businesses were tourism and hospitality that had been badly affected by Covid-19.

The question is, should businesses with such financial resources and backing claim the wage subsidy in the first place?

The answer is no. And the reason is, quite simply, that it’s the wrong thing to do.

Businesses and individuals are used to taking advantage of what the law offers them. Structuring taxes, for example, in order to minimise the amount they pay and claiming pensions when they do not “need” the extra money. They are simply taking what they are allowed to legally.

But people have moral obligations as well as legal obligations in such a crisis. That’s why we think it’s wrong for tour operators to take wealthy tourists to the Auckland City Mission Christmas Lunch, as happened in 2013. It’s true that they don’t require you to prove at the door that you can’t afford your own lunch: but the clear intent of the event is to provide for people who otherwise couldn’t afford it.

The clear intent of the wage subsidy is to help businesses that will be severely affected by the economic effects of Covid-19, and otherwise couldn’t afford to retain their staff. The purpose is not to provide highly profitable companies more money now to ensure that billionaires don’t have to dip into their own pockets to keep their businesses afloat.

The people making decisions for these businesses have an obligation to consider the moral implications of the decisions they make, for the business, just as they would for themselves as individuals. As members of a society, we all have obligations to consider the ways in which our actions might negatively affect other people. And in this case, I suggest that many have made a morally indefensible decision.

In ordinary circumstances, we might blame the law itself. After all, isn’t it up to legislators to ensure there are no loopholes that can be exploited when writing the rules? For example, New Zealand could have put in place a superannuation system that only distributed money to those who could not afford to support themselves through some form of means testing. But we haven’t done that, and there are good reasons why: we both expect and plan for the scenario in which nearly everyone who is entitled to superannuation will claim it.

But these are not ordinary circumstances. The pandemic was not something we expected and planned for, and neither, of course, was a scenario in which large numbers of businesses would be forcibly closed and unable afford to pay their workers. In these extraordinary times, the government acted with urgency to make sure that businesses who really needed help to continue to pay their employees could access the money they needed as quickly and efficiently as possible. It was deliberately intended to function as a “high trust” model.

For businesses to exploit this trust, in the way they might exploit a tax loophole, amounts to deliberately exploiting a national crisis. It is equivalent to a price-gouger who raises the price of essential goods in the context of an emergency. Both are exploiting the needs of others. There is nothing illegal about charging $100 for a single face mask in the midst of a pandemic, as one seller on TradeMe attempted to do, but there is something morally wrong with it.

One response is that it’s not the businesses or the employers who are really benefitting from the subsidy, as BusinessNZ Chief Executive Kirk Hope recently argued, but their employees. But wages are simply one of the costs that businesses have. If they don’t have to spend the money they already have on wages, then that money is available to be distributed as profit.

There is nothing illegal about taking a wage subsidy if in fact your actual or predicted revenues have fallen by more than 30%. It isn’t even illegal to keep the money if it turns out your revenues don’t actually fall as much as you expected they would – you are not legally required to return it under the high trust model.

But there is something morally wrong with taking or keeping money if you don’t need it. If it turns out you were wrong about your expected drop in revenue – great! You didn’t need the money, so hand it back. Even if revenue is significantly reduced, a viable firm can make up the difference by cutting costs, or by diverting some of the owner’s billion-dollar fortune to keep their own business running.

Taking a wage subsidy your business doesn’t need is just another way of privatising profits and socialising losses. The aim of the wage subsidy is not to protect the profits of business owners, but to protect the jobs of wage earners. So if you’re a business owner who doesn’t need the subsidy, please do the right thing and give it back – it’s as easy as going to the Work and Income website and filling out the repayment request form. If you keep it, there will be less money available for those who really need it.