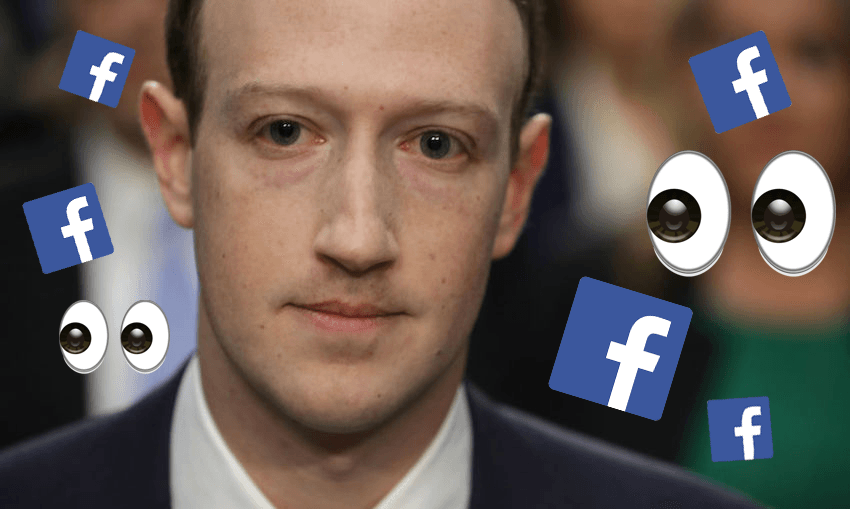 I set up Facebook ad targeting, and it’s even creepier than I imagined

Facebook knows everything about you, and by extension, so do a million marketers and corporations. And now so do I.

Eighteen months ago, in a sudden fit of self-importance, I decided it was time to get myself a Facebook ‘brand’ page. That way I could share some of my blog posts and journalism with whomever might be interested in following along.

Of course, my naïve hopes were dashed almost immediately. Facebook’s dastardly algorithm would only show my brilliant #sundaythoughts to a fraction of my modest following. To get in front of my own readers, I’d have to kneel before the almighty Zuck – and cross his palm with silver.

And so, every now and again, I’d half-heartedly spend a few dollars ‘boosting’ posts I thought might be worthy enough to compete with the ‘Tag a Mate So Braindead They Somehow Think These Memes are Funny’ and assorted cute animal content.

I vaguely assumed I was now ‘doing’ Facebook ads. It wasn’t until a couple months ago that I stumbled across the actual Facebook Ads application, and found myself transported to The Upside Down.

In our dimension, Facebook looks more or less like a benign service for bringing people together. The Cambridge Analytica scandal opened up a crack up in the veneer, but it wasn’t until I crawled through the ad portal that I caught a glimpse of its true, Lovecraftian form.

Beyond the veil lurks a vast alien intelligence, with a writhing halo of tentacles that are silently groping and ingratiating themselves into every nook and cranny of your life. This behemoth knows everything about you, and by extension, so do a million marketers and corporations – and now so do I.

After playing around with the audience targeting for all of five minutes, my eyeballs were bugging out of my head.

Any divorced 43-year-old Auckland males who work in banking reading this? If so, you’re in my crosshairs right now. Are you a French-speaking thirty-something couple with pet dogs, a small child, and liberal persuasions? I’m lining you up as we speak.

Here are some of the things that I, a Joe Schmoe who set up an account in all of 15 minutes, can target at will: your location, your age, your gender, language, level of education, anniversary, birthday, whether you’re engaged, newlywed, in a long-distance relationship, in a new job, how old your kids are, what type of politics you’re into, what company and industry you work in, your job title, what pets you have, what causes you support, which pages you like, which operating system, browser and email client you use, your “multicultural affinity” which is definitely not race at all (haha no sirree), whether you bought something recently, how frequently you travel, and so on and so forth.

Some of this information we’ve handed over ourselves, but it gets creepier. The tentacles are also hoovering up data from the files of all your friends, and buying data about your activities offline from their ‘partners’, including your income and credit cards. They’re slurping up data from all the websites you’ve visited, which have installed a ‘pixel’ to trace your every move, right down to which link you clicked, whether you put something in your shopping cart, or joined a mailing list.

If you’re not on Facebook, you’re probably feeling pretty smug right now. You foolish sucker! As Zuckerberg admitted during his interrogation in Congress, the company also collects shadow dossiers on people who aren’t even on Facey, without their knowledge or consent. You can run, but you can’t hide.

This all-encompassing network of feelers feeds every tasty little morsel into the vast bloated sac, where the data is digested and reassembled in inscrutable algorithmic form. The other-worldly intelligence is very dumb and very smart at the same time: It might not be conscious, but it can still predict your personality more accurately than your own mother. No wonder Facebook hauled in record revenues of US$12 billion in the first three months of the year.

This thing is roughly a billion times more powerful than buying a newspaper or radio or TV ad, because you can also see a breakdown of the results in real-time. Engagement. Reach. Cost per click, per lead generated, per page like. Every metric you can imagine is right there on the dashboard.

Best of all, compared to traditional media, there’s almost no oversight. No human approves my ads, so far as I can tell. Naughty words and images with too much text and suchlike are automatically rejected by some nodule of the floating tentacle sac thing, but that’s it. What could possibly go wrong?

Fiddling with elections was only the tip of the iceberg. Until recently, you could target an ad directly to ‘Jew haters’, or manipulate vulnerable people, or target particular ethnic groups, or put fake news right in front of conspiracy nuts.

The Facebook cultists had summoned a monster they didn’t fully understand, and failed to take responsibility for. Now they’ve finally been hauled over the coals, they’re trying to hack off some of the slimier tendrils. After the whole Jew-hating whoopsie, they removed some of the targeting options late last year. They’re also phasing out third-party ‘partners’ over the next six months. Anyone running an election-related or ‘issue’ ad (from abortion, to guns, to terrorism) will have to verify their identity, and disclose who paid for it right up top.

Finally, they’ve given some power back to you and me, the users – or at least, made a good show of it. You may have received a note asking you to review how your data is used. For shits and giggles, I decided to download my whole dossier. What I received was half a gigabyte of HTML files containing a permanent record of every cringy status update, every inadvisable drunken photo, every like, every comment, every former friend, every login and IP address; in short, every tiny little action going back almost 10 years. It’s a bit icky to look through, but about what I expected.

What I didn’t expect was that several dozen companies had somehow obtained and uploaded my contact information, at least 10 of which I’d never had any interaction with. Then there were another 100 or so companies tracking me because I had allegedly visited their websites, many of which I didn’t recognise.

The good news is you can turn off quite a bit of this stuff, stop sharing some of your personal data, get rid of suspect-looking companies, and even ban some categories of ads entirely – namely, alcohol, parenting, and pets (presumably for people fighting an addiction, or who have recently lost a loved child/animal and don’t want a bespoke onesie popping up in their feed).

But of course, there is no escape. The alien thing is still going to serve you ads, and if you cut off some of its tentacles, it will just figure you out based on your friends, or read your thoughts, or measure the contours of your skull while you sleep or something.

I suspect Facebook knows that once the fuss dies down, hardly anyone will bother to actually do anything. I mean, I spent quite a few hours researching this article. I’ve seen how the sausage is made. I looked through my file, in all its gory detail. At one point, the new privacy toggles were right there in front of me on the screen… and I still didn’t touch them.

After everything you’ve just read, I didn’t take the slightest action to resist. I honestly have no idea why. But I bet the algorithm could tell you.