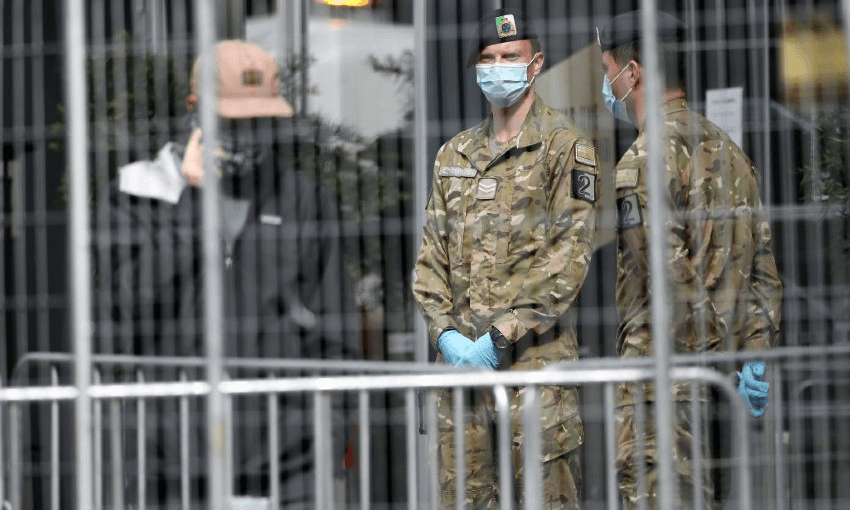 With new strains of Covid-19 bearing down on our shores, Pattrick Smellie of BusinessDesk looks at the challenges 2021 has in store, and what can be done to prepare.

In the three weeks that New Zealanders have been at the beach and ignoring Covid tracer app sign-ins, the threat of Covid-19 has grown exponentially. Where there was just one global strain of the virus at the start of December, there are now three – discovered in Britain, South Africa, and Brazil.

The medical scientific consensus is there will be more of these. A great deal is unknown or unknowable about how many new strains there might be, how different they are, and the impact they may have on the course of the pandemic.

This is depressing and unwelcome news. However, it is – as they irritatingly say – what it is.

On the upside, there is a lot more knowledge on how to tackle the pandemic than there was this time last year.

On the downside, we’re going to need all of it, especially as the populations of countries facing failed health responses with deep social anxiety and economic scarring are losing the will to comply with the next attempted fix.

We are in New Zealand, though, where political leaders were nimble enough last March to hear advice conflicting with the official line from the Ministry of Health and pursued an elimination, rather than a suppression, strategy for Covid-19. As a result, we are far ahead of most of the rest of the world in terms of normal living and economic resilience.

However, more contagious variants of the virus are already present in New Zealand managed isolation and quarantine facilities. It should be treated as a matter of when, rather than whether, they will escape into the community at some time this year. If and when that happens, some level of return to population-wide health measures will be inevitable.

Pessimists note air-conditioning systems in Brisbane managed isolation and quarantine (MIQ) hotels are being fingered for spreading new variant Covid strains among staff and guests, and warn that could happen here too.

As business owners and their employees and families contemplate that likely reality, keeping focused on what can keep our head start intact matters all the more. Some things will help. Others won’t.

It simply does not matter if New Zealand’s national vaccination programme starts later than others’, if by “late” we’re talking April, May or June. We have only about five million people to vaccinate and there is no Covid community transmission at present. If we were all vaccinated tomorrow, it would make no difference to whether the borders would open any sooner, since the rest of the world needs to vaccinate too for that to happen.

A worldwide mass vaccination programme will take time and won’t go smoothly. That much is already clear in countries such as Britain, where the race to be first with the jab has been followed by cock-ups, dubious workarounds and a further loss of trust in government.

No public health agency or expert in the world expects the global population to be fully vaccinated even by the end of this year. So we can calm down a bit on that front.

2. But step up vaccination of the Covid-19 workforce

Where the government does appear slow is in its efforts to get the border, MIQ and health workforces vaccinated. If the numbers of people arriving from overseas is to stay at the current levels (see below), then the thinly stretched protective line between us and the rest of the world needs the best possible protection. Get on with it.

New Zealand is allowing about 11,000 people a month into the country. Australia, with a population five times larger, is letting in about 10,000 a month.

That’s not to say that New Zealanders shouldn’t be allowed to return. They should. But the timing of that return should be dictated by population-wide health management, no matter how heart-rending or urgent the need to come back may be to those individuals applying.

In that sense, last week’s decision to find places over coming months for 1,000 international students to return to study in New Zealand sends a mixed signal. It feels like a decision that was worked up last year, before there were more infectious variants. Now, the decision simply puts more strain on an MIQ system that would ideally be reducing its intake in response to the latest information.

Business owners are already concentrating on building additional buffers to survive more lockdowns. But that should go beyond hoarding cash, stress-testing available credit lines, and pursuing revenue most likely to be sustained, whether or not a lockdown occurs.

It should also extend to expectations of themselves and their employees.

It is long past time to be sympathetic of Covid-19 scepticism in the workplace. Businesses and their employees depend on there not being more lockdowns for commercial survival. If individual staff don’t get it, they can be numpties at home or at the pub. At work, Covid-19 compliance should be a non-negotiable requirement under the Health and Safety at Work Act.

5. Don’t rule out easier Australian and Pacific travel this year

Our closest Pacific neighbours have little or no Covid-19 and Australia – despite regular lapses – has the virus largely under control.

This group of near-neighbours was left out of last week’s announcements on much tougher border testing for arrivals from the US and UK, which will be progressively rolled out to other high-risk countries.

That exclusion is no accident. Completely quarantine-free travel may not prove possible quickly. But thinking is already underway on combining pre-departure testing with shorter quarantine stays – five or six days rather than 14. Some public health experts are suggesting a five-day quarantine before departure might allow no quarantine for passengers on arrival in New Zealand.

The government will remain risk-averse to the point of occasionally seeming maddeningly slow to act. It has seen economic, political, health and social dividends from that approach to date, so why wouldn’t it?

Where caution is warranted, that’s fine. Where it simply reflects muddled government processes, however, it remains a worry.

For a country that has done so well at managing Covid-19, it is bizarre there are still three separate groups working on Covid strategic policy advice, whose thinking only appears in one place when it finally gets to the cabinet table.

That should be easy to fix, and with urgency.