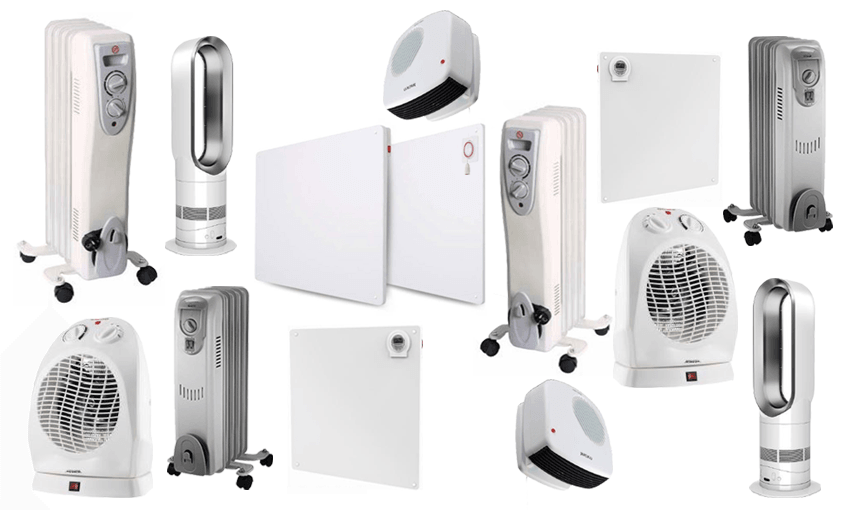 There have been 24 heater recalls since 2010, and there’s a decent chance yours is on the list

With up to 80% of faulty indoor electric heaters potentially still in use, is the recall system in need of a major shake-up?

UPDATE: As of June 2019, two more heaters have been recalled. An open flue space heater and an open flued gas log fireplace, both for producing potentially high levels of carbon monoxide.

It probably comes as no surprise that out of New Zealand’s 1.5 million homes, approximately half still lack the proper insulation. That means that when it comes to keeping our notoriously chilly abodes at least somewhat dry and warm, indoor electric heaters tend to be the most popular option.

In fact, the data speaks for itself, with the Energy Efficiency and Conservation Authority (EECA) estimating that the vast majority of heater sales in 2015 were for electric heaters (250,000), while heat pump (98,000), wood fire (34,000) and gas space (14,600) sales dwarfed in comparison. Meanwhile, retail data also shows that heater sales are continuing on an upward trend, with The Warehouse and Noel Leeming reporting a 20% and 30% increase in sales volumes from this time last year.

But as electric heaters soar in popularity, so does their likelihood of causing a household fire. While approximately half of heater-related incidents are a result of human error (ie placing a flammable object too close to the heater), a sizeable number of incidents are also caused by a malfunction within the heater itself, triggering – in some cases – a product recall.

From 2010 to 2018, at least 22 indoor electric heaters have been voluntarily recalled for potential safety risks, with the most common hazard being a risk of fire. According to data provided by Fire and Emergency New Zealand, approximately 567 heater-related fires were reported in the last three years, with 209 (35.8%) of these attributed to “a failure of the appliance or installation fault”.

Panel heaters, which are cheap to purchase and promoted as cheap to run, were the most common type of heaters recalled with nine issued in the last eight years. The most recent recall, issued on May 31 2018, was for a Euromatic panel heater, prompted after a woman reported that hers cracked and singed the wall of her Dunedin home.

Five of these panel heater recalls were issued in November last year when CDB – an importer, distributor and marketer of electrical appliances and accessories – recalled several models nationwide, including those sold under the Goldair, Living & Co, Ecosaver, Celsius, Number 8, and Nouveau brands. All five were recalled for their potential to “overheat and cause a fire”, and were sold at multiple retailers including The Warehouse, Mitre 10, and Goldair stockists like Briscoes and Farmers.

When asked about the number of heaters that were sold in relation to their most recent recalls, The Warehouse, Mitre 10 and Bunnings all declined to provide figures due to reasons of “commercial sensitivity”.

CDB brand Goldair – long familiar to Kiwis as an affordable but quality brand – also had the most recalls to its name with a total of five (2017, 2016, 2014, 2012, 2010) issued over the past eight years. While Goldair was previously owned by Canterbury manufacturer PDL, it was later acquired by CDB in 2008.

CDB, which describes itself as “New Zealand and Australia’s number one marketer of electrical appliances and electrical accessories”, imports a variety of products into New Zealand that it sells under its labels, conducting on-site tests and performance monitoring of all its products before they hit shelves. CDB has been contacted multiple times for comment on this story but has failed to respond.

While Fire and Emergency NZ says an average of two to three recalls per year isn’t considered an excessive amount for a mass-produced commodity like heaters, the low success rate for these recalls is what mainly concerns fire safety officials. Peter Wilding, national manager of fire investigation and arson reduction, says that for most manufacturers or retailers, a 20% return rate is “generally considered to be a good recall”.

“That means that 80% of a known item that’s causing problems are still out there, which is really bad,” he says. “You can get 50,000 items sold quite quickly in a country our size, so to only recover 20%… that’s a lot of faulty products that are still out there.”

Consumer NZ’s head of research, Jessica Wilson, also says that “less than half” of product recalls actually work. She blames the low return rate on things like poor public awareness, and a reluctance among consumers to go through the recall procedure which can often be lengthy and bureaucratic.

“The effectiveness of the recall actually requires manufacturers to be regularly alerting consumers to the fact that this product is faulty and shouldn’t be used,” Jessica Wilson, Consumer NZ’s head of research, says. “It shouldn’t just be a one-off notice in the papers, for example. It needs to be regularly put out there that these products are faulty.”

“Essentially, it comes down to the manufacturer’s quality control processes not being good enough when the goods leave the factory. There aren’t those quality control measures to ensure that the faulty goods aren’t getting on the market,”

Wilding adds that because heaters are such a low-priced, mass-produced commodity, tracking down affected consumers can be particularly difficult. “If you buy something like a car, just about every car manufacturer/retailer in the country would be able to tell you who’s bought cars from them so we can follow up very accurately,” he says. “But when you’re talking about a cheap commodity, it’s very difficult to track down where all the people that have bought them have gone to. So if you do try and do a recall, you can try and put it in the news media and you can try and do mail outs, but you’ll miss a large percentage of those buyers which is a major issue for us.”

He says that one of the ways Fire and Emergency NZ has been working to rectify this issue is by encouraging retailers to record customer contact details at point of sale. “It’s all voluntary, but it’s also really useful from a consumer’s point-of-view because if you go back there with a fault, they can look you up just using your cell phone details. So even if you’ve lost your receipt it’s no problem.”

“[But] the big advantage for us is that if there’s a recall, it would be very easy to selectively target all the people that have bought that particular appliance and send out something like a text message to let them know.”

From Consumer NZ’s point-of-view, it wants to try and tackle the issue further up the chain by having more resources put into monitoring and investigating consumer products, particularly those that have a track record of poor safety compliance.

“Manufacturers have an obligation to ensure that the products they sell are safe to use. Regardless of what you’re selling to consumers, you have to ensure its safe and durable,” says Wilson. “But we don’t invest a lot in New Zealand in proactively monitoring the market. There’s very little testing done by regulators, for example. In the majority of cases, it’s a voluntary recall issued by the manufacturer.”

When asked about the poor success rate of recalls, particularly those that fall into the ‘business-as-usual’ category, Consumer Affairs Minister Kris Faafoi – who, in a typical Kiwi coincidence says he used to work in a PDL factory where Goldair heaters were produced – says he’s willing to look into more effective ways of letting consumers know about recalls.

“Audience habits are changing… and there are ways that people have been notified in the past about a product that’s been recalled, but if we need to look at new and more effective ways of letting consumers know that something’s happening, then we’re more than happy to look into that.

“Do we need to push out these recalls in a different way? I’ll have to check with MBIE (Ministry of Business, Innovation and Enterprise) about whether we use all the kind of different types of social media available to us.”