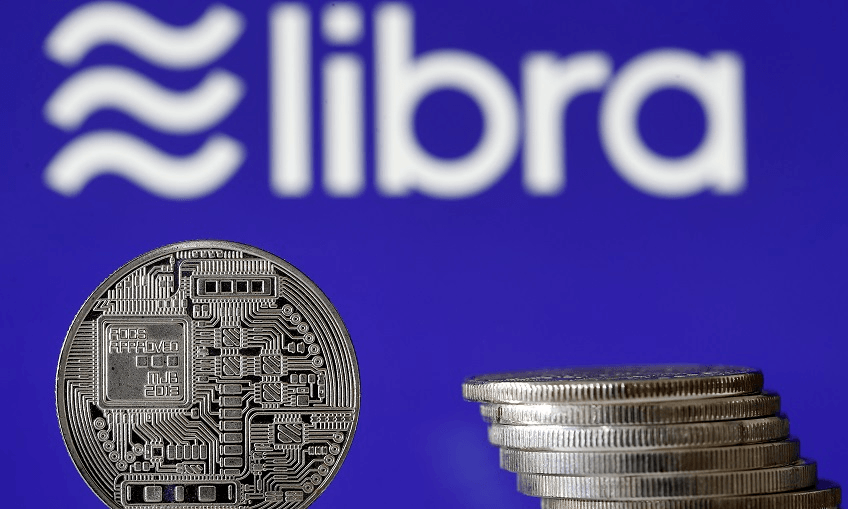 Facebook has announced the details of its cryptocurrency, called ” Libra “. Like bitcoin, the best-known virtual currency, it will rely on blockchain technology. (Photo by Chesnot/Getty Images)

Facebook has announced the details of its cryptocurrency, called ” Libra “. Like bitcoin, the best-known virtual currency, it will rely on blockchain technology. (Photo by Chesnot/Getty Images)

Not calling it ‘Facebucks’ might be a lost opportunity but the giant social media platform’s new form of money could offer benefits to New Zealanders, writes Aaron McDonald.

Facebook’s foray into cryptocurrency has a lot of people shaking their heads in unequal parts of confusion, disbelief and misunderstanding. Blockchain is an emerging technology, one that I like to think I’ve got a reasonable handle on. So I’m here to tell you the top ten, most important things about what Facebook has just announced.

It’s not called Facebucks and we don’t know why. It is called Libra which is the old Roman measurement for the weight of coins. It also comes with a digital wallet called Calibra… Get it?

Libra is a digital currency and Facebook’s aim is to enable you to use Libra to pay for things like a flat white, ride share, or even your phone bill. You trade real money for the digital money and you’ll store Libra in your digital wallet Calibra. This wallet will be built into Facebook itself as well as its apps Whatsapp and Messenger.

It’s a big deal. Libra will be a global payment service and is set to launch next year as a challenger to Paypal. It’s the biggest story about money since Bitcoin was launched. This is because of the players involved and the scale of Facebook.

With over 2.4 billion Facebook users, Libra has the potential to become an entirely new economy, one larger than the US and China combined. This is a new blue ocean market for financial services and fintech startups. Ability for startups to work across borders just got a whole lot easier.

Libra is a cryptocurrency like Bitcoin, but more stable. Its value is pegged to what’s known as the Special Drawing Rate, which is an index of the world’s top currencies. This means it should be both very stable and easily accepted around the world. It’s tied to the US dollar and the Euro for example, and is backed by real assets in the bank.

Libra is the first currency on the new Libra blockchain. The blockchain network will be run by a consortium of global players initially. Blockchain technology means no one company is in control of the system and they all share power equally. It also means that the public can see exactly what’s going on in the network – for example, if those companies promise to make transactions private we can tell if they are lying or not.

This is huge deal for businesses. New Zealanders seriously feel the pinch from fees and time delays, not to mention their massive profits heading offshore and it would go a long way to curbing this loss of national income. Cutting transaction fees and speeding up payments would be a boon for local small businesses.

How does it compare with Bitcoin? Well, that’s technical, but Bitcoin is diametrically opposed philosophically to Libra – Bitcoin is decentralised and no company or person is in control, it is fully open. Libra is somewhat centralised, managed by Facebook and the rest of the consortium. However both currencies recognise the merit of blockchain technology. If Bitcoin is the wild west of digital currency, Libra would be post-colonial New Zealand. We have rules, but we’re still sort of learning them.

No, you can’t invest yet and actually the currency will be controlled by (for now) by the Libra Association. Facebook gets just a single vote in its governance with the 27 other founding members of the association.

This could both hurt and help New Zealand. Libra is both a threat and an opportunity. In theory, decentralisation favours smaller players as it levels the playing field (limited network effects). It also favours net exporters like New Zealand. Libra removes cross border friction and transaction costs. This global money layer enables decentralised applications which have an enormous global addressable market if they build on Libra.

Can you trust Facebook with your money? Your guess is as good as ours.

Blockchain technology is one type of a distributed ledger. A blockchain ledger is immutable, which means data cannot be removed or changed once it is published. The ledger uses economic incentives to coordinate and drive adoption of the ledger.

Centrality is a blockchain venture studio that partners with innovators in key industries to create a decentralised peer-to-peer marketplace of applications. Through its platform, consumers can manage everyday tasks and experiences through a blockchain-enabled peer-to-peer infrastructure. Centrality has a growing portfolio with over twenty applications, each working and generating value independently, as well as enabling growth for one another. With a team spanning Auckland, Melbourne, and Singapore, Centrality is equipped to support its customers around the globe in the transition to a blockchain-enabled future worldwide.