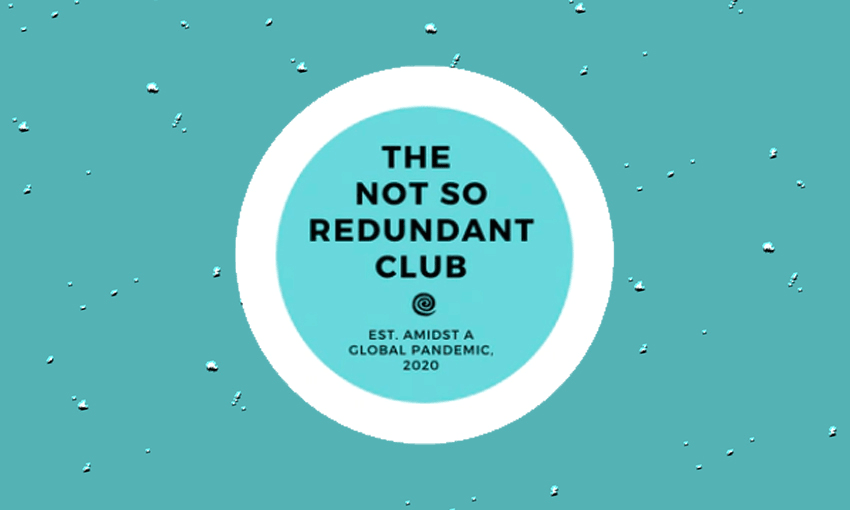 Covid-19 has shoved New Zealand’s economy into recession, prompting a whole lot of businesses to downsize and slash their workforce. That’s why a support club has been formed to help the newly unemployed to get back on their feet.

Redundancy can hit like a ton of bricks. The shock, uncertainty, the loss of income, that small matter of the mortgage payments and the grocery bills, the loss of identity. Friends and whānau can offer support but who can really understand what you’re going through unless they are also going through it too?

That might sound like a rhetorical question, but it does have an answer. How about a group of people all in the same boat, all sharing the same fears and stresses, all hoping for the same kinds of practical advice and empathy?

That’s where the Not So Redundant Club comes in. When Jessie Cross lost her job earlier in the year, she found there was nothing that really supported her mentally, emotionally, or even in practical terms. The 28-year-old Nelson woman was working as a recruitment manager for a global education social enterprise. She was happy in the role and felt she had meaningful work to do and colleagues she enjoyed doing it with.

But once Covid-19 tightened its stranglehold on the planet, her employer gave her the bad news that her role had been disestablished. Cross has a background in law and science. She has worked in the legal industry and in social enterprise. She is currently studying towards a qualification to teach yoga. But when she first lost her job she was struggling to find a purpose to her days. The shock by the sudden loss of her job was something she found incredibly hard to work through, even with the much-needed support of those around her.

And Cross is certainly not alone. For obvious reasons this year, the economy has tanked, not just here but overseas. A pandemic has triggered a global recession which has caused waves redundancies to ripple through and affect almost every industry.

With the Not So Redundant Club, Cross has created an interactive and supportive community platform for people facing job losses and redundancy. Members can come together to seek support, inspiration, ideas and motivation and to help each other keep positive and keep moving forward. More than 150 people have joined the club since it was started in July. The community is made up of people from all over the country from all kinds of different industries.

The club is for anyone who is seeking meaningful work in any sector. Its kaupapa is: He waka eke noa – we are all in this together. In practical terms, it’s a place to connect, share stories, attend webinars, gain skills for job hunting, and basically feel not so redundant.

Members hail from everywhere including the tech industry, from recruitment, law, hospitality and tourism. Age ranges are from early 20s to late 50s. Cross said she was surprised to see such a cross section of society when she thought only the tourism sectors would be badly hit by the effects of the pandemic.

“It sucks to lose a job but it gives you the luxury of time to regather and see where your career is going,” she said. Knowing there were other people in the thick of things at the same time as her was really encouraging, Cross said.

“Early days when I got it going, it was a real sense of purpose, for me it was really important to feel like I had something really meaningful to do with my days. It’s been really rewarding to get the good feedback from members too,” she said.

“At this stage, it’s just me driving the Not So Redundant Club on a voluntary basis, with input and support from some wonderful people who have been generous in offering their time to run workshops and contribute to growing our community.”

Members have said that the club has brought them a great deal of mental and emotional wellbeing. It has been described as a connection during an isolated time, and a place to share confidence, hope in the future and practical job hunting skills.

Member Becky Carruthers said finding a group of people in the same situation offered a different kind of support. “Redundancy rips away the social connections you’d otherwise have at work, and it’s easy to feel like you’re going through this alone, but connecting with this group was heartening, to see so many people in the same situation turning their lives around, backing each other up, and staying strong through the ups and downs of it all.

“Even though we are all in different parts of the country, different stages of our lives, and different industries, there’s a lot that everyone could share, including the confidence and hope that these lows are not forever.”

Another member described redundancy as feeling like their anchor chain had snapped.

“Discovering the Not So Redundant Club was like finding all the other drifting boats, rafting up and starting a party.”