Across the country, movie theatres are fighting to survive in the absence of Hollywood blockbuster fare – and their owners want New Zealanders to consider what they risk losing if they close for good.

As a teenager I spent three days a week watching the world slip through the Roxy Cinema’s doors. While I polished glasses, well-heeled older couples quietly sipped chardonnay in the restaurant. While I wiped tables, frantic parents corralled their children. And while I served ice creams, high schoolers and university students giggled and took their first steps towards romance. Some nights we hosted school field trips and dozens of small kids raced around the cinema’s expansive upper lobby. On others we hosted weddings and I mixed espresso martinis behind the bar for fading but excited family members. Most nights were quiet; Wellingtonians simply drifted through to laugh and cry and watch films with others.

Those memories remain vivid to me because they brought me closer to my granddad, who grew up working at the Roxy (which was then called the Capitol). To think: we were doing precisely the same tasks, in precisely the same place, separated by just eight decades.

But I wasn’t the only person affected by the Roxy. Like any small cinema, it is a community hub. It gives tickets to the local school’s raffle, hosts the local sports team’s awards night and provides a space for local films and home-made movies to be screened. More than anything else, a night at the cinema “is a special event” says the Roxy’s co-owner Valentina Dias. “For families it’s that special birthday outing. For others it’s that first date … [Cinemas] are beautiful buildings, but they also serve a larger social and community purpose.” 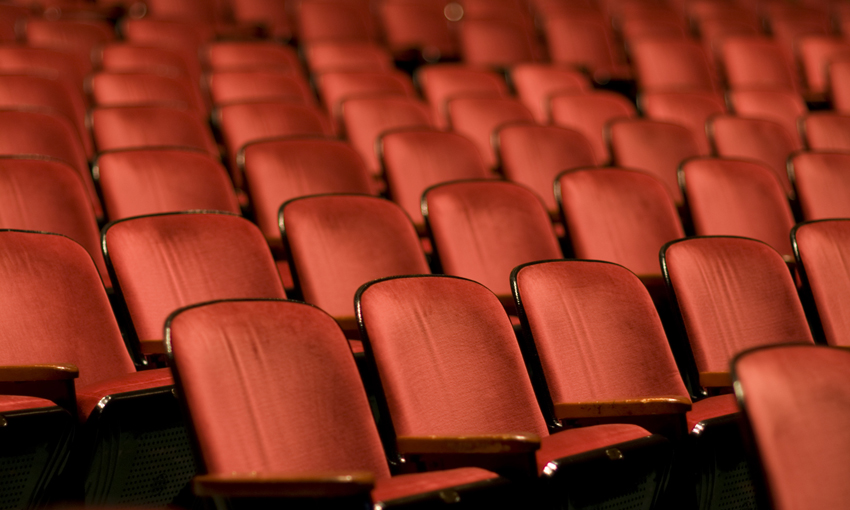 These are tough times for cinemas (Photo: Getty Images)

And, worryingly, those community hubs are on the verge of collapse. Like every hospitality business, when lockdown came their revenues collapsed. But unlike other hospitality businesses, the reopening of Aotearoa offered little relief. The release of new movies is largely dependent on a handful of global distributors, and the New Zealand market was too small to tempt them to expose their intellectual property to the risks of internet piracy. Many studio release dates were delayed; others were sent directly to streaming services. And so even as Kiwis began to venture outside of their homes, cinemas were left without blockbusters with which to attract them. As a result, many cinemas have been operating at a loss ever since. Gorjan Markovski, general manager of Auckland’s Academy Cinemas, has said that, “We’re going to work very hard to make sure we can keep our doors open, but it’s very on the edge for us.” The Roxy is selling half as many tickets as it was, with flow-on effects for the sale of lollies, drinks and ice creams (cinemas’ real money-makers).

Recognising the dangers posed to its business model by the rise of streaming services, years ago the Roxy started to build out its tourism offerings, including tours of the historic building and movie-themed events for cruise-ship passengers and Tolkien fans. “It’s taken us a good five years to build into the tourism market, to have regular tour groups and international businesses coming through, from the States mostly,” says Dias. “We thought we were being really clever at the time! We could see where streaming was heading and the challenges of cinema anyway.” By the start of 2020, 25% of the Roxy’s revenue came from tourism. But with Covid-19, that all collapsed as well. “Obviously that switched off straight away. It’s going to take some time for that to come back, if at all.”

And it’s not just small indie cinemas like the Roxy and Academy that are struggling. The Embassy Cinema, Wellington’s most famous movie theatre, has scaled back to opening just three nights a week. There are unconfirmed rumours among staff and operators that Reading Cinemas, which owns many of Aotearoa’s largest cineplexes, is looking for opportunities to sell off or convert its large and now-unprofitable properties.

“Once [cinemas] are gone, I don’t think they’ll come back,” says Dias. “The barriers to entry are so high that we’re not going to find cinemas opening when times are good.

“Projectors cost over $100,000 each. That’s not counting seats and lights and all these other things you need. They’re not just something someone else is going to come along and reopen.”

Cinema operators acknowledge that the government’s wage subsidy kept their doors open long after they would otherwise have shut down. But in trying to weave a path through the pandemic’s wreckage, they increasingly find themselves falling through the cracks. They’re not part of the film production community and so are a poor match for many of the specialised grants and subsidies which have been set up for entities in that space. Neither are they considered an appropriate fit for the support provided to the arts and culture community, which tends to focus on large events run during a limited season. Nor are they part of the music scene: they would have to be a ‘regular’ live music venue for that.

“It’s been a real struggle,” grimaces Dias. “We don’t quite fit naturally with any historical kind of thinking.”

Without the specialised support other industries have received, survival in the short-term will be incredibly difficult for many cinemas.

An evening at the theatre, ballet or opera is – due to cost and culture – typically an experience limited to the middle and upper class. A night at the movies is, by contrast, a much more affordable cultural experience. “The cinema appeals with a much broader brush to a whole range of people,” says Dias. “You can get them to come together and share an experience in a room. The cinema is able to do it with a number of different demographics and socio-economic groups and appeals to a vast spread of the population, in a way that other venues can’t seem to do. We might lose that.”

So what to do? Dias has a plea. “OK, there’s no films you want to see? That’s not our fault, but maybe instead of having a Nespresso at home, pop in for a cuppa. Or hire out the theatre for a birthday party, or come in for a dinner.

“Don’t take us for granted, because there’s no guarantee we can keep it up. And once we’re gone, we’re gone for good.”