New Zealand’s productivity has long lagged behind other developed countries. A new report from the Productivity Commission offers clues on how we compare and the ways we might improve.

New Zealand’s productivity record has been the subject of much scrutiny and puzzlement in recent decades. Despite our lack of corruption and ease of doing business – consistently ranked among the best in the world – productivity has tended to lag behind other OECD countries. It wasn’t always this way, however. At the start of the 20th century, New Zealand was one of the world’s most productive economies. It is now one of the least in the club of rich countries. We’re working harder and longer and yet producing less.

This matters because productivity is a crucial factor in the improvement of material living standards. Producing more of a good reduces its cost and productivity is linked to how much we’re paid – when productivity growth is strong, real wages increase more rapidly.

The big question: why is New Zealand so unproductive? According to a Productivity Commission report released today, it essentially boils down to the fact that almost half of our recent GDP growth was driven by more hours worked (labour inputs), rather than increases in capital or multi-factor productivity, which consists of technological progress of efficiency gain. The report, which includes data to March 2020 (so doesn’t really take in the Covid impact), makes the case that rather than than just throw more labour hours at a job, New Zealand needs to pursue more innovation and technological development to generate more output per hour worked.

On average, New Zealanders work longer per week: 34.2 hours compared with 31.9 hours in the rest of the OECD. 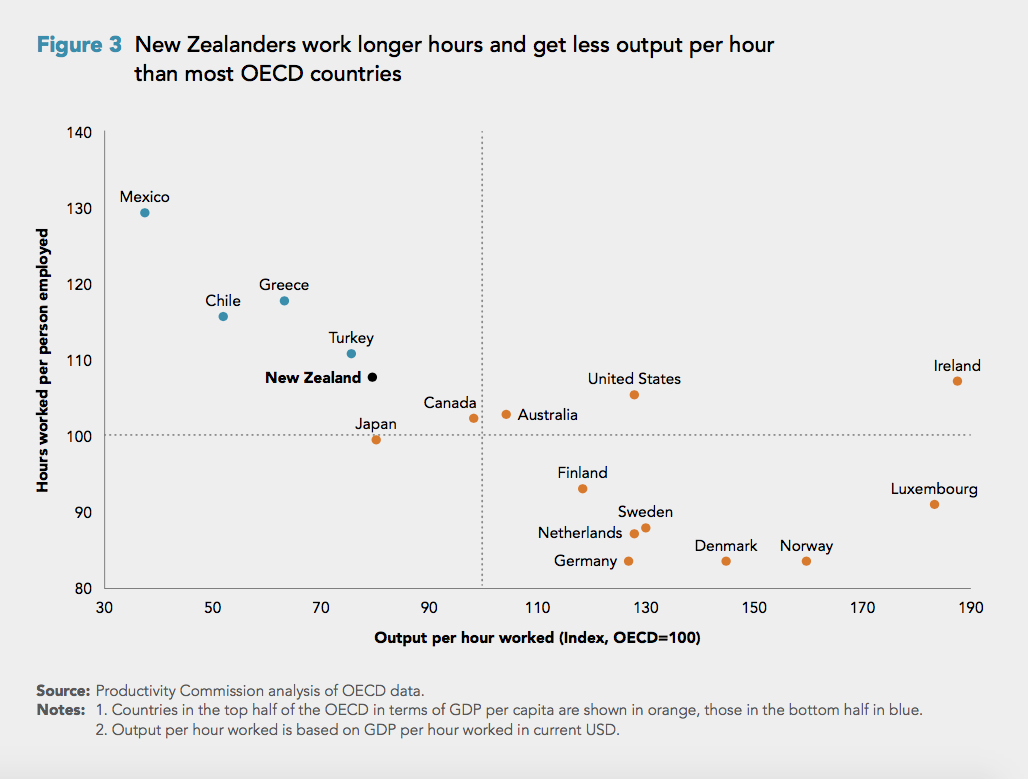 New Zealanders produce around $68 per hour worked. That’s about $17 lower per hour than the OECD average of $85. The percentage of labour inputs relative to capital and MFP. 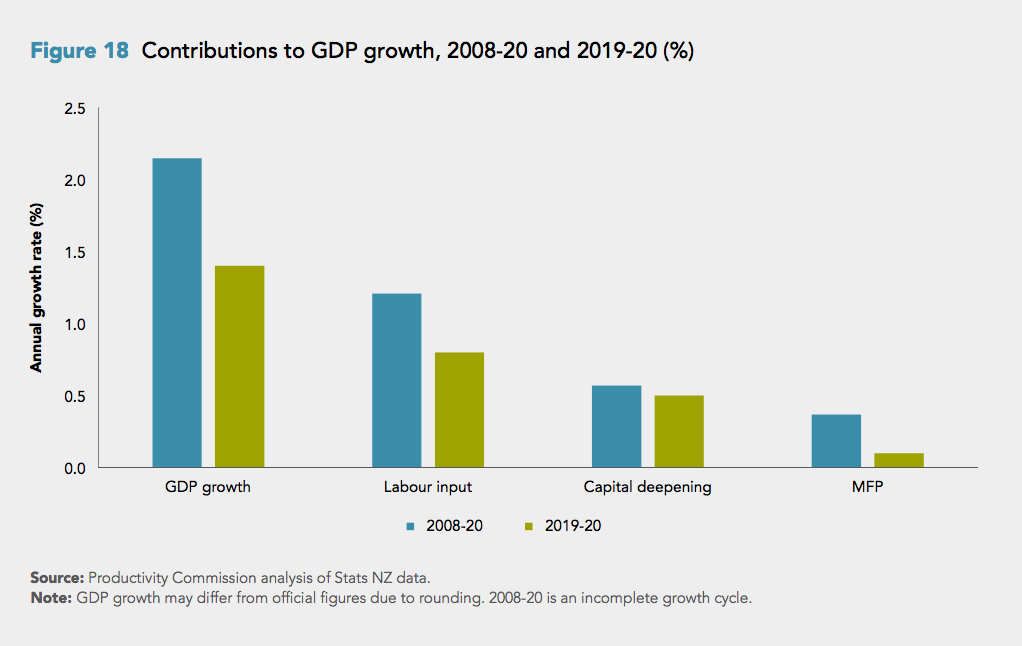 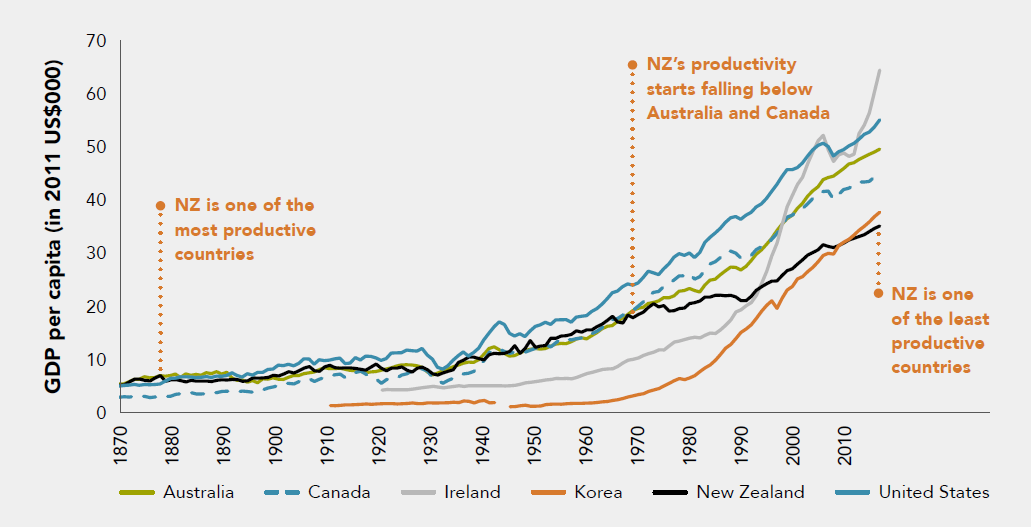