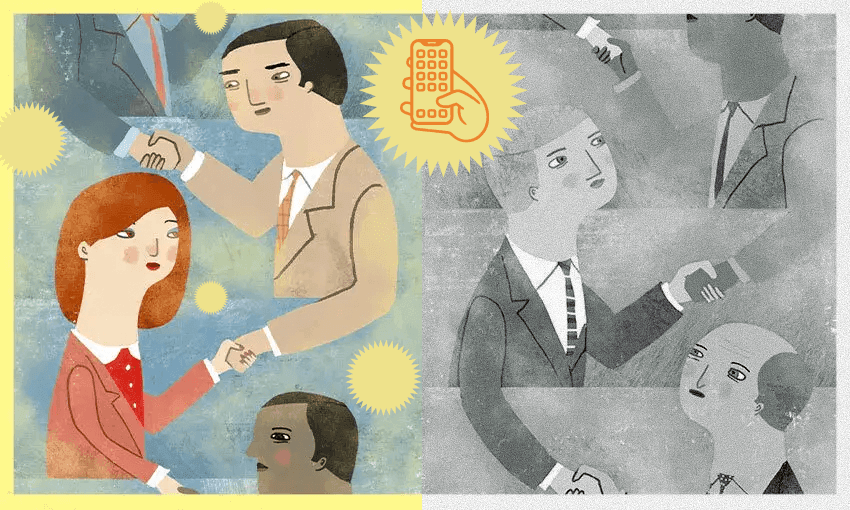 Come 11.59pm on April 4, most government vaccine mandates will be dropped. What does that mean for the mandates put in place by private companies?

Businesses are navigating the tricky question of whether to continue requiring staff and customers to be jabbed against Covid-19 alone – for now.

From April 5, businesses that have been required to use vaccine passes, such as hospitality venues, gyms and hairdressers, will no longer have to, although they can continue to use them if they want to. Businesses can keep requiring vaccination “if appropriate to the workforce”, while the government’s own vaccine mandate will cover only health, aged care, corrections and border workforces.

As companies mull over what to do, government guidance on what constitutes an “appropriate” workforce vaccination policy has been missing. With a week to go before the changes kick in, the Ministry of Business, Innovation and Employment’s website stated that specific advice would be live “shortly” (although that disappeared from mid-morning Tuesday).

Creating a company-wide policy that respects the health and safety, and protects the legal rights, of all employees isn’t a one-size-fits-all task – even the government hasn’t got it fully right. Late last year, some large businesses, such as professional services firm PwC, issued mandates requiring all staff, contractors and visitors to be vaccinated before visiting their offices. Others, like Countdown, said in October they were not planning to mandate vaccination and instead aimed to encourage staff to get the jab. A month later, the supermarket announced all 21,000 of its staff would have to be vaccinated by January 10.

By and large, business leaders have supported widespread vaccination mandates for both workers and customers, reasoning that a clear system of rules would reduce conflict between the two. And at its core, a vaccination policy, founded on a robust health and safety risk assessment, helps an employer decide whether they can accommodate staff who refuse to get vaccinated and, if they cannot, whether the employee’s decision creates a genuine risk to their colleagues.

In the space of a few months, though, Aotearoa has changed – omicron is firmly entrenched in communities that are learning to live with the virus instead of trying to eliminate it, its borders are reopening to the world after two years of strict, controversial management, and bosses are beginning to persuade their people back into the office, at least for a few days of the week. With the easing of many Covid restrictions, The Spinoff asked some of New Zealand’s corporate giants what they plan to do.

The telco will no longer require proof of vaccination to enter its buildings and sites, and will introduce regular RAT testing instead, a spokesperson said. But Spark is still reviewing how it will work with some teams where individual roles require being vaccinated, as many of them are essential workers providing, maintaining and repairing telecommunication services across the country, including at “critical operational sites” such as its nationwide network of data centres. As a result, proof of vaccination “remains in place until we have completed our review”, the spokesperson said.

PwC has had a vaccination mandate in place since December 1, 2021, on the basis that requiring staff and visitors to be vaccinated would help it safely move into an operating environment with fewer restrictions. That policy will change though: a spokesperson confirmed the professional services firm will drop its mandate from April 4.

“As New Zealand moves into the next phase of living with Covid-19, we believe these are the right settings and will enable our teams to reconnect in-person and with our clients,” said the spokesperson. “The health and wellbeing of our PwC whānau, and very high vaccination rates across our teams, continue to guide our decisions.” The firm would continue to adapt its settings where necessary.

Air New Zealand didn’t respond to The Spinoff’s request for comment. But last week, before the government announced its rule changes, chief executive Greg Foran said the airline’s measures to mitigate the spread of Covid-19 were “up for discussion”. Since February, the airline’s crew and customers have had to be vaccinated to fly internationally – a policy that runs counter to the government’s recent decision to allow unvaccinated New Zealand citizens into Aotearoa without entering MIQ or self-isolating.

Foran also told RNZ’s Checkpoint that the national carrier was considering bringing back all staff it let go due to reduced flights from the pandemic, but unvaccinated pilots wouldn’t return just yet. After the government’s announcement, an Air NZ spokesperson confirmed it hadn’t changed its settings at that time.

A spokesperson for BNZ said the bank was reviewing its approach and would give an update on any changes “soon”. In the meantime, the policy it’s had in place since January 17 remains in play – employees, contractors and customers visiting BNZ’s corporate sites, as well as customers needing in-person appointments, must be vaccinated, while over-the-counter banking has remained available regardless of vaccination status. When the policy was announced last December, BNZ chief executive Dan Huggins said vaccines were the best way to protect its people and customers.

Listed energy company Genesis Energy hasn’t made vaccination compulsory for its staff, although it uses a vaccine register and encourages employees to follow official vaccination advice, a spokesperson said.

Since late December, staff have had to test negative for Covid-19 twice a week, using rapid antigen tests, and upload their results to a company app before heading to work. “This was changed to a daily negative RAT test when alert levels were changed by the government due to the omicron outbreak,” said the spokesperson. “RAT testing provides the safety and peace of mind that those at work have tested negative that day and this will continue in conjunction with other measures to support our safe workplace plan.”