The video game promotional tie-in is nothing new. Since Pac-Man was eating ghosts, video game developers have found ways to make their players eat food that has their branding plastered all over it. There have been Dragon Quest Slime Pork Buns, Pac-Man Pasta and even Pokemon Curries. (These tie-ins also go the other way, with KFC releasing a bizarre dating sim video game in 2019.)

However, there’s not a particularly long history of video game companies collaborating with food companies to make a new chip flavour very loosely based on an extinct bird native to New Zealand.

Confused? You should be, but don’t worry, here’s the deal:

What are Moa Burger Wavy Pringles?

It’s a joint promotion from Pringles and Microsoft, the company that publishes the Halo video game franchise. It’s not the first consumable Halo tie-in – there’s currently a Monster Energy Halo promotion as well. Pringles is, of course, a chip brand.

But why are they making Moa Burger-flavoured Pringles?

In their mustachioed history, Pringles have had well over 100 flavours, most of which didn’t make it to New Zealand, including loaded baked potato, soft shell crab, mozzarella sticks and marinara, screamin’ dill pickle and “night club”. Moa burger is one of the weirder flavours.

In the Halo canon (a truly cursed phrase), moa are a source of food consumed by humans on the planet Reach, served in wing, nugget and burger form. These incredibly expensive delicacies are sold at the petting zoo and restaurant “Have S’moa”. They later became endangered, due to reasons that are too stupid for anybody who isn’t a Halo player to put into their brain.

Moa are also encountered in the game itself, which includes an achievement for killing seven of them called “Keep it Clean”. Classy! 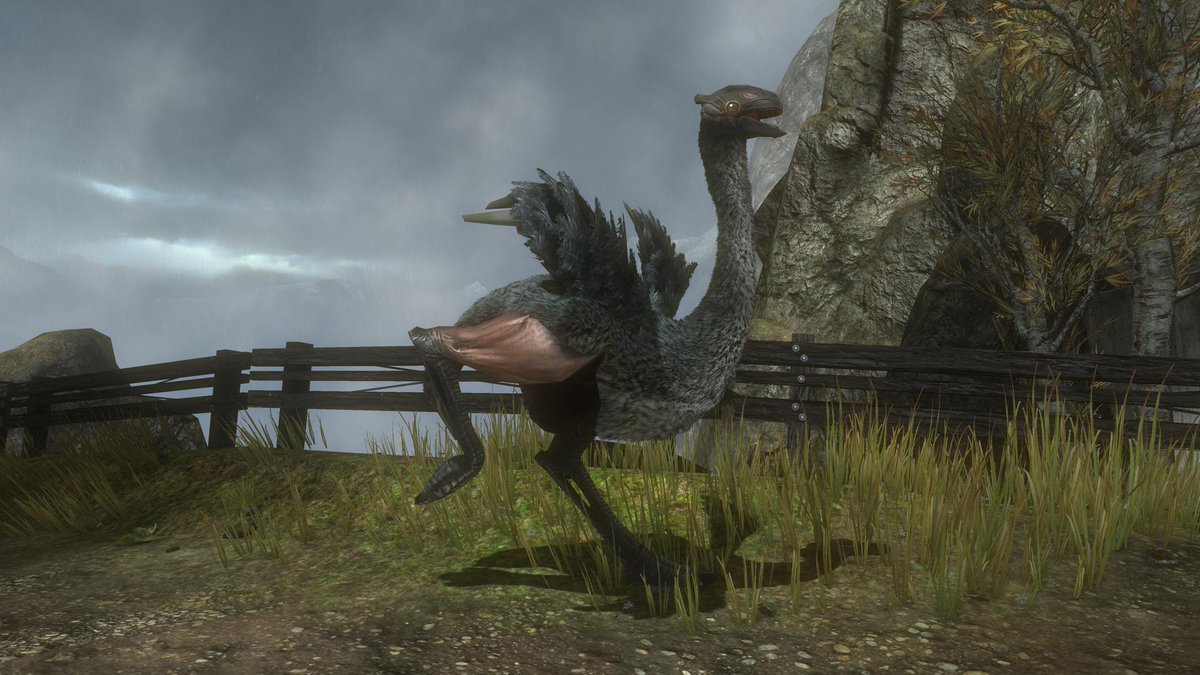 The moa from Halo!

In the real world, the moa was a flightless bird that reached nearly four metres in height. They roamed New Zealand for millions of years, but became extinct 500-600 years ago after the arrival of human settlers, who hunted them for food. 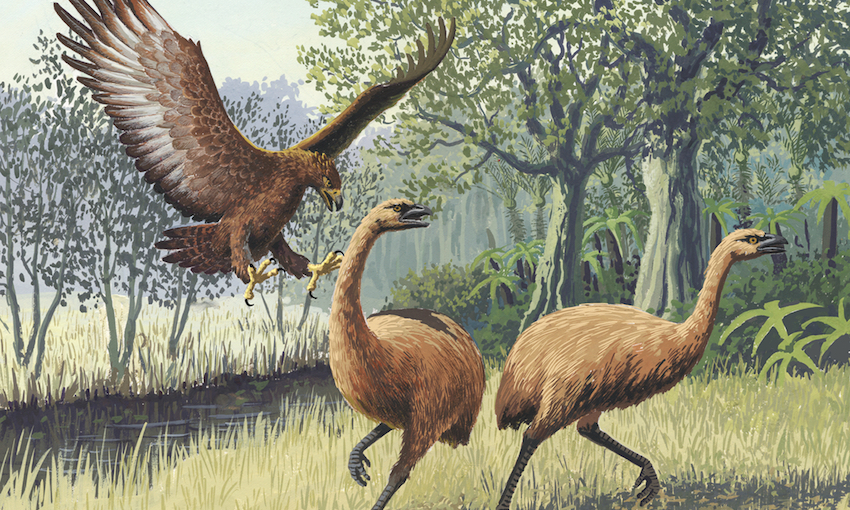 I have no idea. Video games might be art, but they can also be dumb as all hell. My guess is they wanted a bird that was big enough for players to shoot, and “moa” sounds cooler than “ostrich” and slightly easier to pronounce than “emu”.

According to the Pringles website, the chips feature a blend of flavours including “garlic, sweet ginger and savoury beef”. They also have a “crave-able slight heat” from chilli pepper and red pepper. However, according to Gareth Maguire, senior director of marketing for Pringles, the company “prides [themselves] in creating insanely accurate flavour combinations”.

I guess it’s pretty easy to claim your chip flavour is insanely accurate if it’s based on a fictional bird.

There’s not a lot of information on what the real moa tasted like. However, they’re closely related to the kiwi. No one’s quite sure what kiwi taste like either but Canterbury Museum curator of natural history Dr Paul Scofield, who has prepared a number of kiwi for taxidermy, told Newshub he reckoned they’d be “a very unpleasant meat”. They’re also closely related to the emu, which famously tastes like beef.

My scientific opinion is that the moa tasted a lot like a bird, and not very much like a chip.

There doesn’t seem to be a timely reason, although the press release claims the gaming community is “continually curious about what the Moa tastes like in burger form”. Pringles is, once more, a chip brand, not a burger company, so the gaming community’s curiosity will continue.

Halo: Reach was released 10 years ago and although it’s one of the most popular games in the franchise, it’s not quite “release a tie-in product a decade later” popular. There’s a chance this collaboration was meant to come out around the same time as the intended release date of the latest game in the series, Halo: Infinite, which was initially supposed to be in 2020 but has been pushed back to later this year.

I’d argue there’s never a good time for a video game tie-in for a chip flavour based on a fictional bird based on a real extinct bird, but that’s just me.

Where can I get them?