Alec Kieft is 23 years old, lives in a shared Wellington flat, and is this country’s most successful Roblox game developer by far. Hal Crawford talked to him.

Alec Kieft had been working on the game all through the final year of university. It was hard to keep his head in the books. When he finished his degree, while his friends were getting jobs at real companies, he decided just to go for it. He worked for three months solid and finished the game, releasing it into the world of Roblox, convinced it would fail. He sat back and prayed for the kids.

Roblox is a gaming platform for children. If you’ve heard of it, it may be because the US-based company is now worth more than $50b NZD after listing earlier this year, based on an explosion in popularity from 2017 and again during Covid. There are millions of games played by millions of users for millions of hours. Most of the games are free to play, with money only flowing from micro-transactions made within the gaming worlds.

Any user can make a Roblox game. Anyone with access to a computer or a smartphone can play Roblox. This is a universe with no barriers to entry, and like all such universes, it’s messy as hell.

“It can look terrible,” says Kieft. We are talking about what makes a good game in Roblox and why the whole thing is so popular. “The artwork itself is unimportant.”

Roblox is the JB-HiFi of the gaming world. I make the comparison to Kieft and with what seems to be typical curiosity, he wants to know more. I explain that at JB, the hand-written prices and shops with crap all over the place are part of the magic formula. My theory is that Roblox looks crap on purpose.

“Why do you think that is?” he asks me, turning the tables in the first interview he’s ever done. I get the feeling it won’t be his last. A few of the user-made characters on the Roblox platform (Image: Roblox/supplied)

Kieft is 23, lives in Wellington in a share house with two other guys, and makes games. To be precise, he makes Roblox games, and only Roblox games. The platform went beta back in 2006.

“For me, Roblox is what I know. I have been playing from 2009 and I’ve been developing from 2014. I am just so familiar with the platform that it would be silly to try something else.”

Roblox games are written in the Lua programming language. I look it up, and download the PDF manual. Before reading the first paragraph I contemplate chucking in my job and becoming a Roblox developer. I learn how to print “Hello World!” and my entrepreneurial ardour cools.

Successful game makers are pretty much the opposite of impulsive. Like film directors, they stick at a single idea for months or years at a stretch, chipping away at problems and paying attention to detail. Kieft says it takes months of full-time work to make a decent Roblox game.

“If a game does well, then there’s potential to earn a lot,” he says. “If a game doesn’t do well, you’ve spent three, four, or five months working on this thing and essentially [you’ve got] nothing. It is a risky business to be in.”

The most successful game of all time on Roblox is called Adopt Me!, an impossibly happy world of bright colours, cute animals and tinkling tunes. You get to dress your character up, nurse babies and look after pets hatched from giant eggs. It’s not my cup of tea.

“That would be the roleplay genre. The roleplay genre is where all the players are,” says Kieft. “It’s almost like Club Penguin … like an online social hangout. Adopt Me! and other games like Brookhaven are the modern equivalent of that.”

Feeling antipathy towards my giant starter egg, I quit the game and load another. This one, Murder Mystery 2, was a stayer in the earlier years of Roblox. Its icon features a massive dagger. Before long I’m watching my teammates get hacked to death while I hide.

It’s clear the games share the same engine: the graphics are blocky, and everything is centred around a third-person view of your character. There are opportunities to pay “Robux”, the in-game currency, for things like exotic pets or an in-game radio. Prices for items vary wildly, from cents to the equivalent of hundreds of dollars. 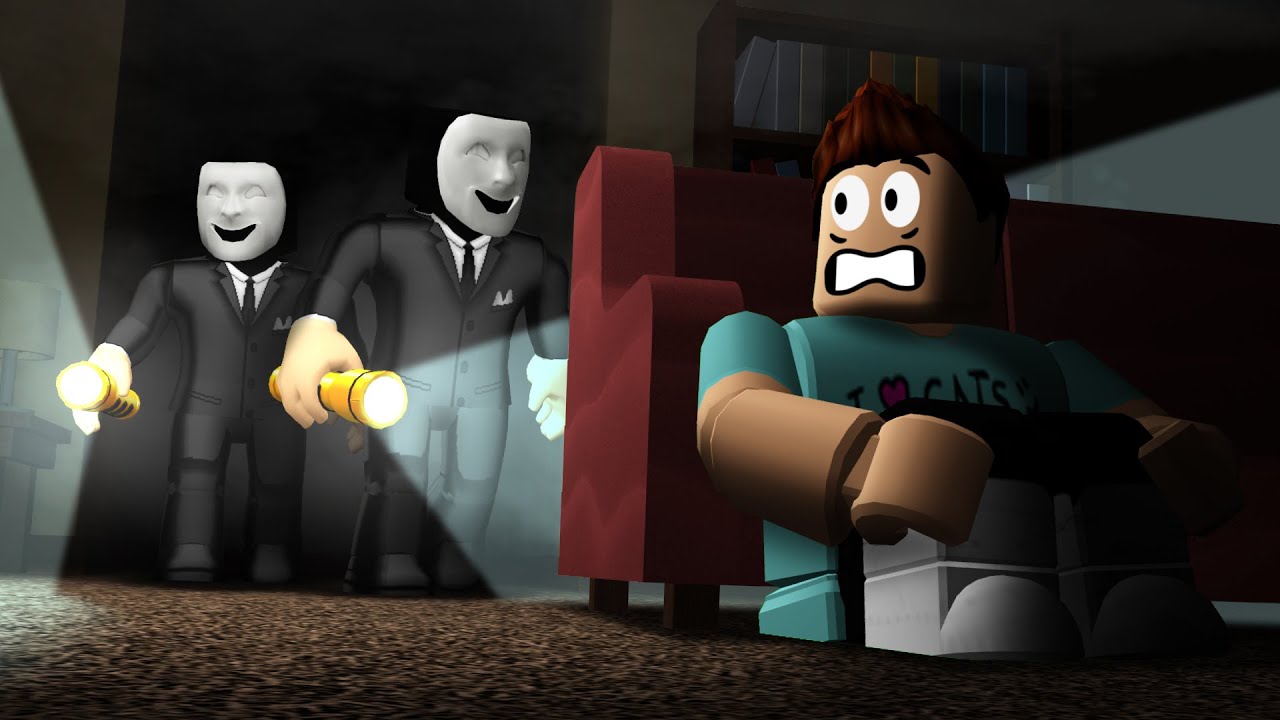 Break In breaks out

Kieft’s game, the one he decided to work on rather than get a job, is not in the roleplay genre. It’s called Break In, and is about a group of characters stuck in a house, besieged by an evil gang. It’s a story game, and the great thing about a story game, he tells me, is that it’s easy for YouTubers to make good videos about.

“YouTubers are always really hungry for new games to play, and the developers always want the free advertising … story games are fantastic content.”

This symbiosis came to the fore when Kieft took the plunge and sent Break In public.

“I was so certain that Break In wasn’t going to be a hit. I’d been working on it for so long and no one was playing it. I felt all the pressure to get into the tech industry and get a job somewhere. And then it released and just exploded. Way bigger than I ever thought was possible.”

The growth was organic. Kieft did not pay for marketing, and didn’t send it to any Youtubers. They found it anyway: a single video review of Break In by Youtuber Flamingo has received more than 14 million views. I watch the video, and am so impressed with Flamingo’s quick edits and monumental conceit that I am distracted into a mini-investigation. Flamingo, whose real name is Albert Aretz, has 9 million subscribers, employs a team of at least five people, and works exclusively on Roblox content.

When the video reviewing your game has 14 millions views, you can probably rest easy.

“I actually hit a milestone today,” Kieft tells me. “I actually had one billion sessions across all my games.”

“One billion” is easy to say and impossible to imagine. The gamble has paid off, and what started as a trickle of revenue seven years ago has become “a comfortable living”. Kieft’s numbers are absolutely staggering. Break In alone has more than 750 million visits. Roblox transfers money – about 25% of in-game revenue – direct to his bank account.

“I actually have the mentality where I try not to check my earnings at all. Because I don’t want it to become about the money.”

Is he the most successful New Zealand Roblox developer?

“That would be accurate. I would worry though, because some of my friends are not far behind me.”

Kieft has released six games, five of which have made it into the “top ten visited”, which is ranked on how many people are playing games at any one moment. The game that didn’t make the list, Parkour Tower, released last year, still bothers him.

“To this day it remains a mystery. I have ideas why it didn’t work. And one day I would honestly like to go back and just try to change some things, because it still eats at me a little bit, thinking why, why don’t kids enjoy it?”

He sketches game ideas out on a notepad, “very messy and unorganised”.

“You have to be aware of what kids are interested in. All my games have been iterations on a game that I’ve enjoyed playing from another developer, and I’ll play that and think ‘This is great, but how can I make it my own thing?’”

Roblox was founded by David Baszucki, a Canadian-born engineer with a long history in educational games and a remarkably consistent vision for his platform. You can find interviews with him decades apart where he is espousing the same kind of free, pleasant, engaging “metaverse”. Cohorts of children have been through Roblox and you can find plenty of “Roblox nostalgia” online already.

As far as Kieft is concerned, he will be developing for the platform in the long term.

“I have a lot of confidence that Roblox will be around for many years to come,” he says. “When I go to start learning [something else] I just think, it’s going to take me a long time to get good at this, I should just be pouring my creativity into something I am already good at.”

His next game? He wants to try every genre eventually, but the lure of a sequel to Break In beckons.

“I get messaged about it many times a day. But up until now, I just haven’t felt motivated to work on another story game. That motivation has finally come.”